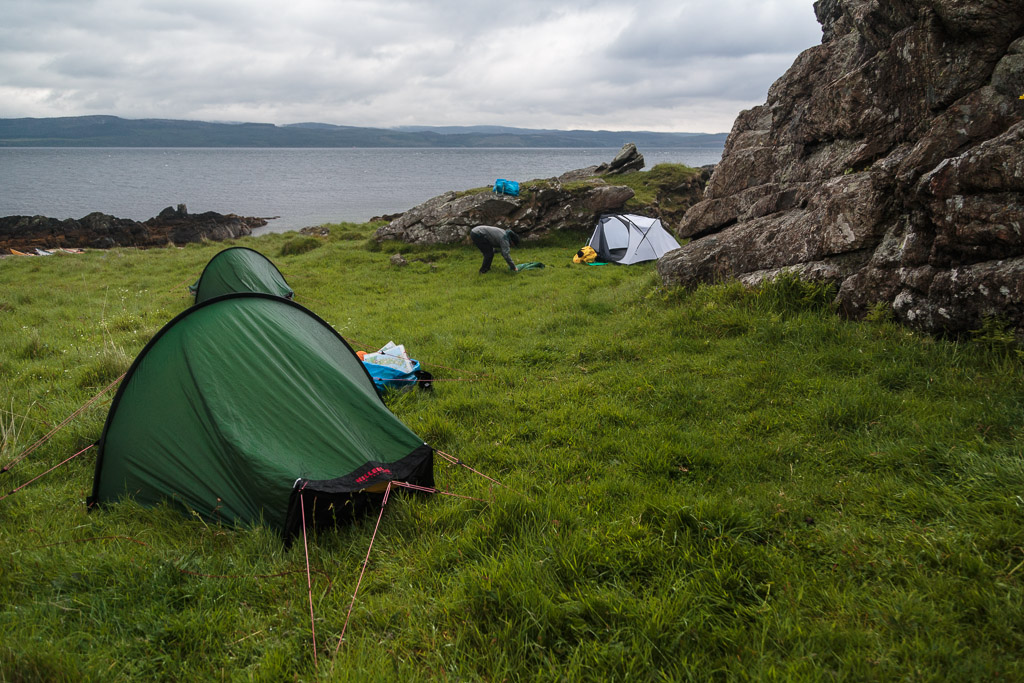 During the night the wind and rain lashed our camp site at Imachar Point. 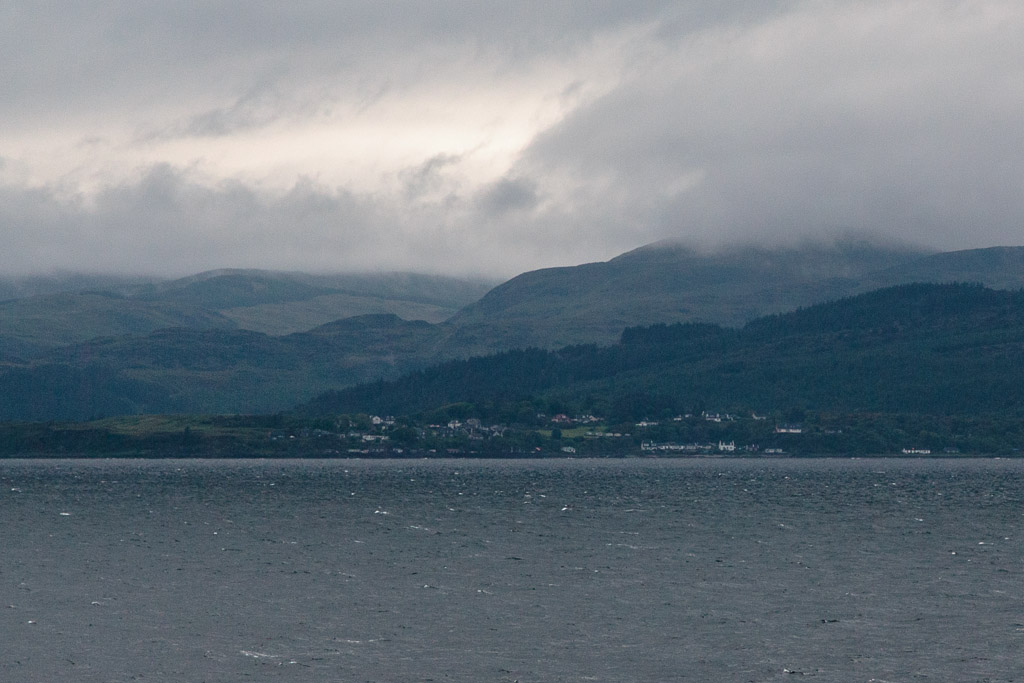 Low clouds were scudding across the hills behind Carradale on ther far side of the Kilbrannan Sound. 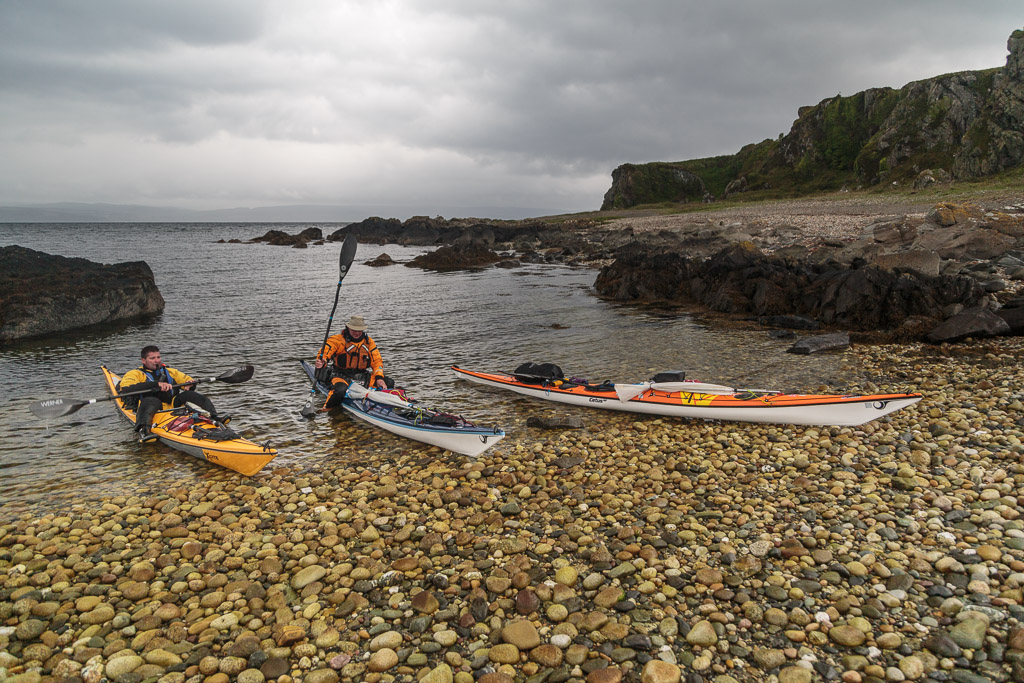 We were on the water shortly after 7am as we knew it would be a long day against the wind. 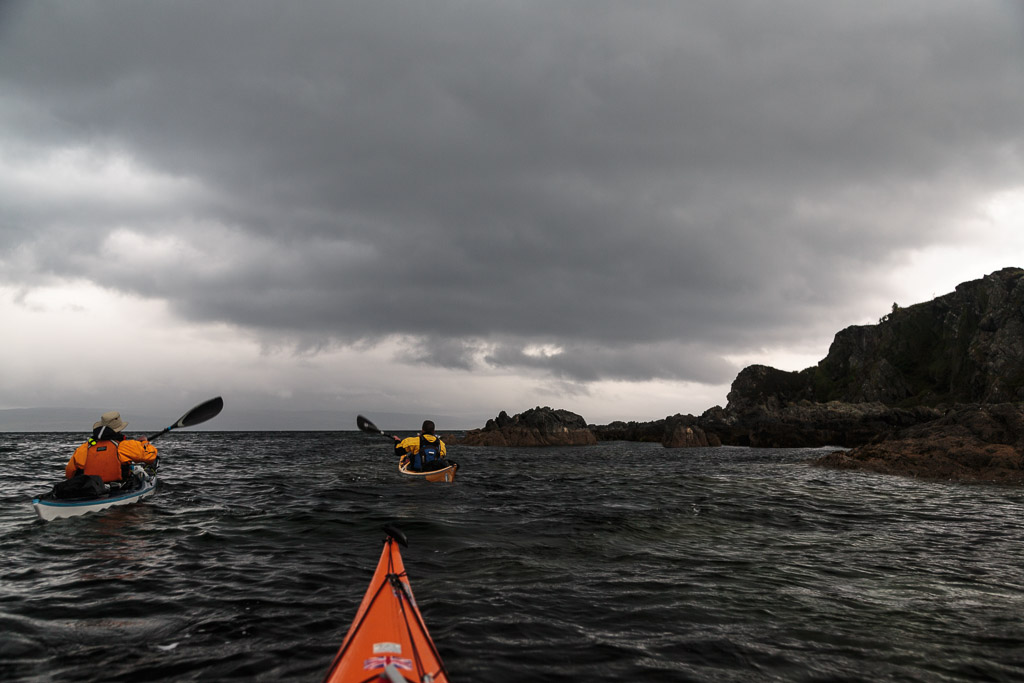 As soon as we rounded Imachar Point... 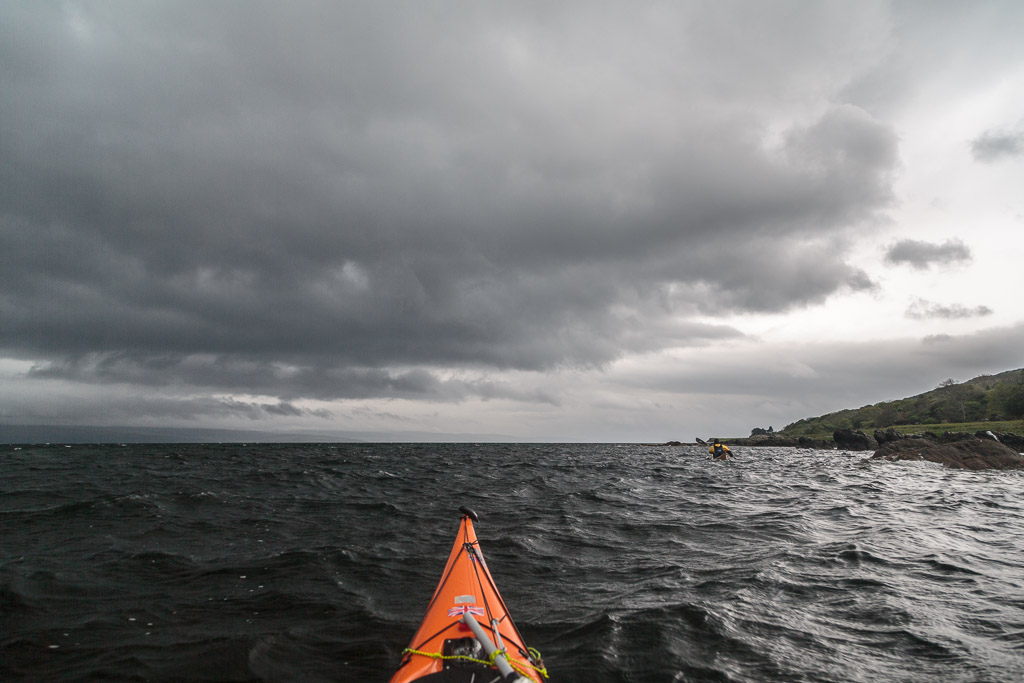 ...we were exposed to the full strength of the wind. 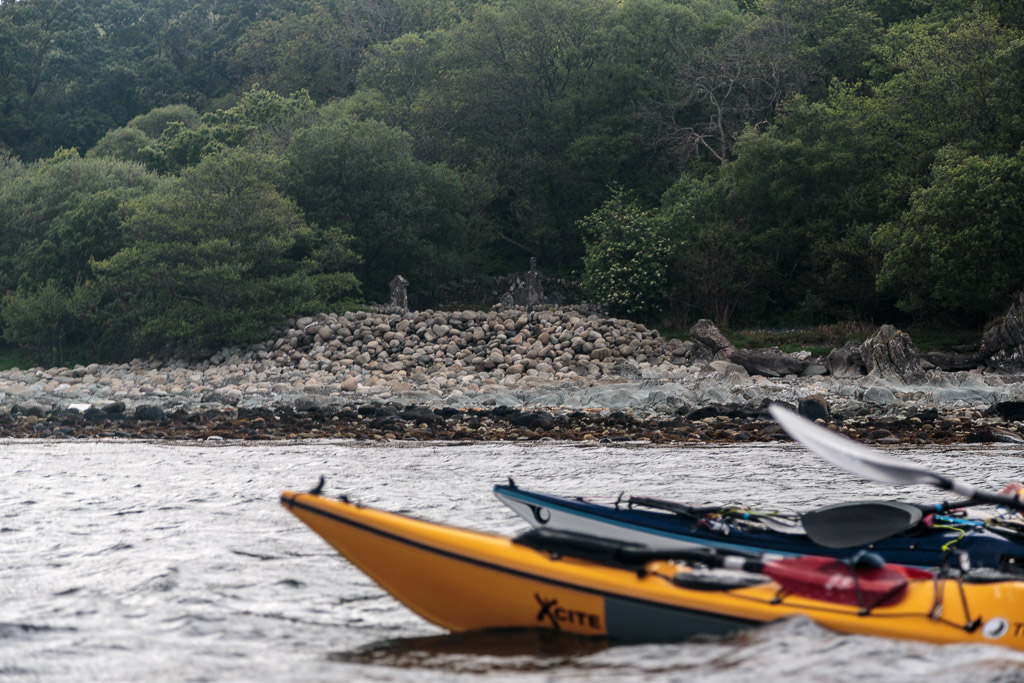 As we approached Whitefarland Point we passed this old cemetery which was built on the foreshore due to shortage of land. It dates from 1709 as predates the early 19th Century Arran Clearances when crofters were cleared from the glens and either transported to Ayrshire or Canada or moved to infertile coastal ground.

There is now a short intermission from photography as paddling took my full attention. Off Whitefarland Point lie the Erins and the Whitefarland Banks. The Admiralty Pilot warns of heavy overfalls here. These banks shoal from 150m to 10m in a very short distance and generate overfalls which extend to the north on the north going flood and vice versa in the ebb. The tide was flooding north against a north wind so conditions were a little lively. 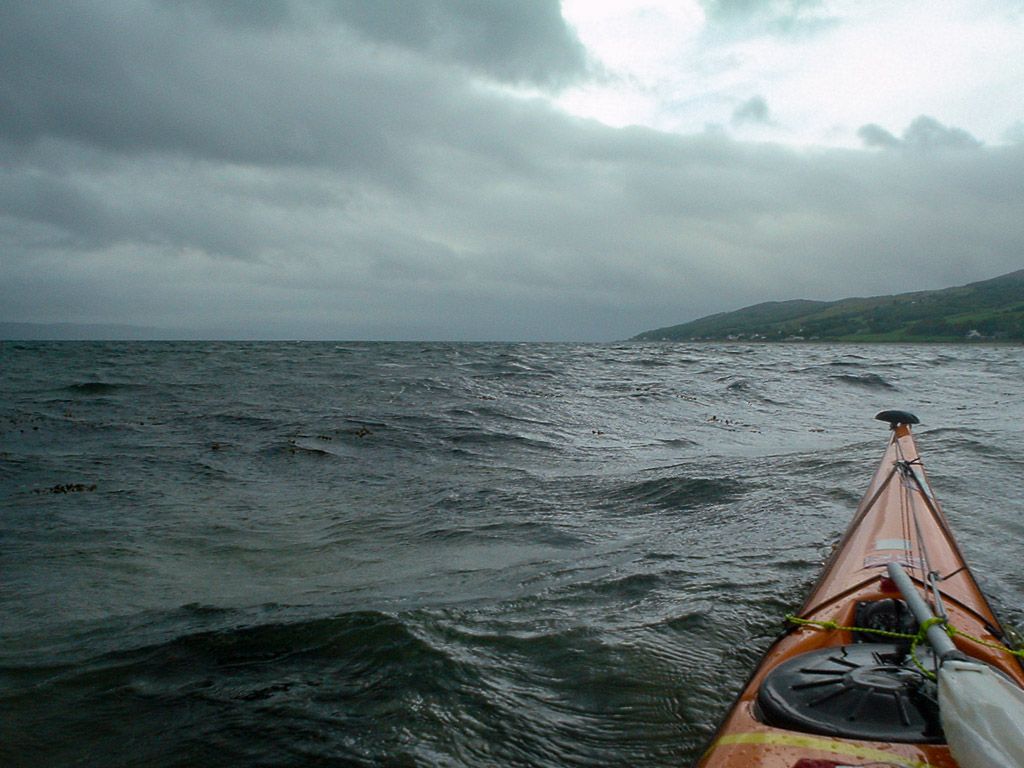 Fortunately the seas calmed as we left Whitefarland in our wakes but... 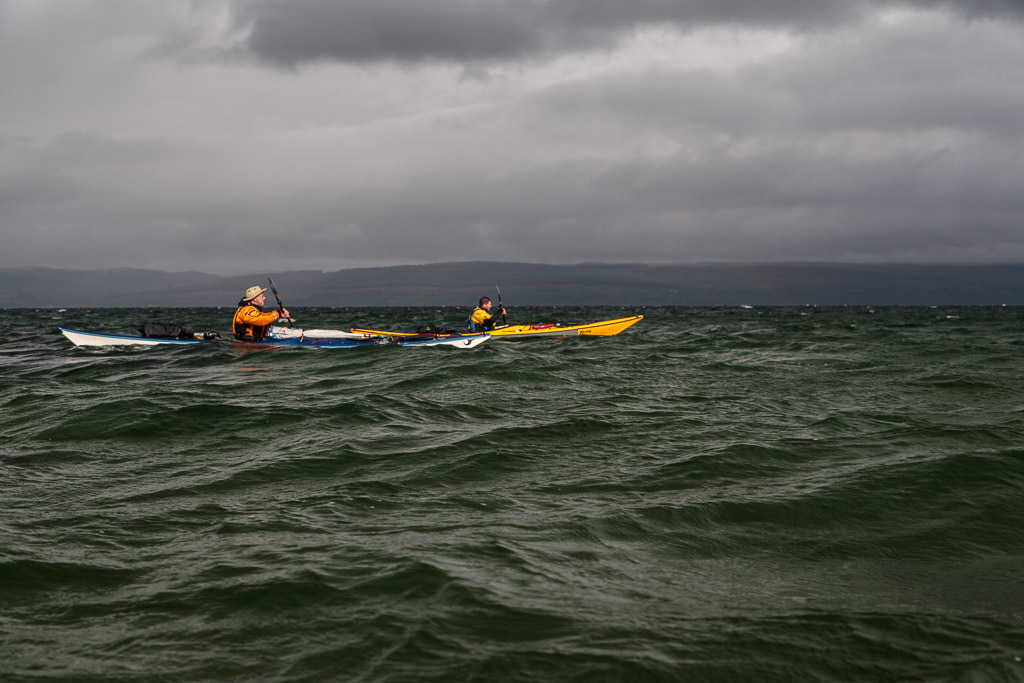 ...the strong head wind meant we made slow progress. 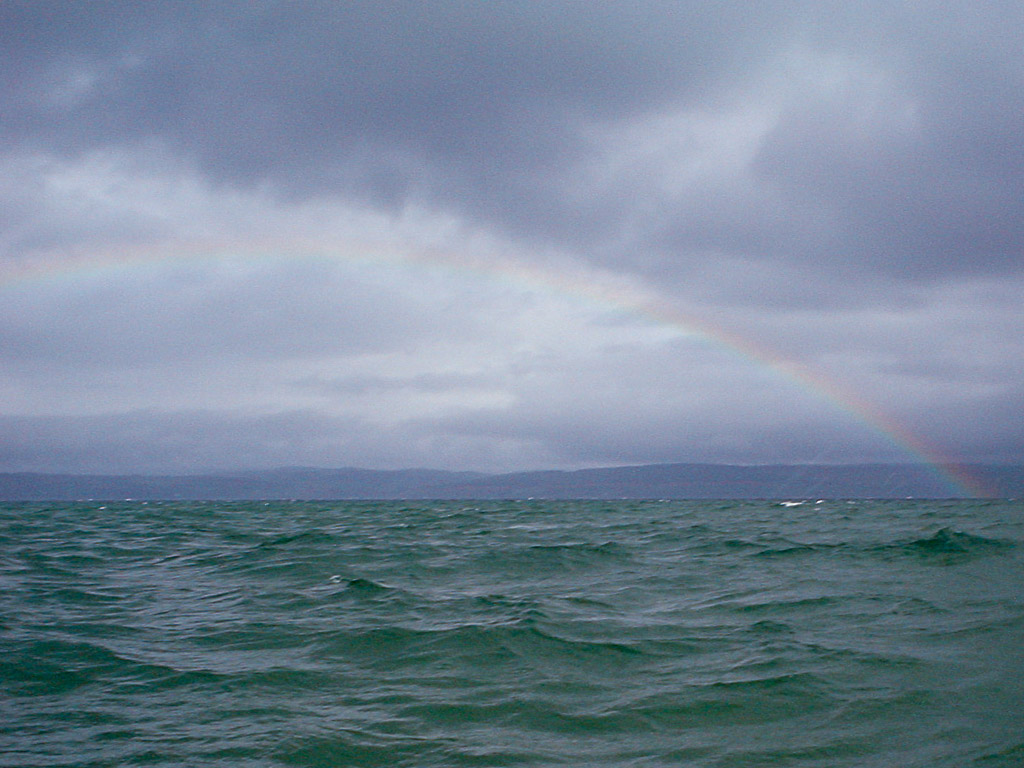 Amazingly a blink of sun broke through the dense cloud and a rainbow momentarily graced the otherwise grey Kilbrannan Sound. By now we were getting pretty tired so... 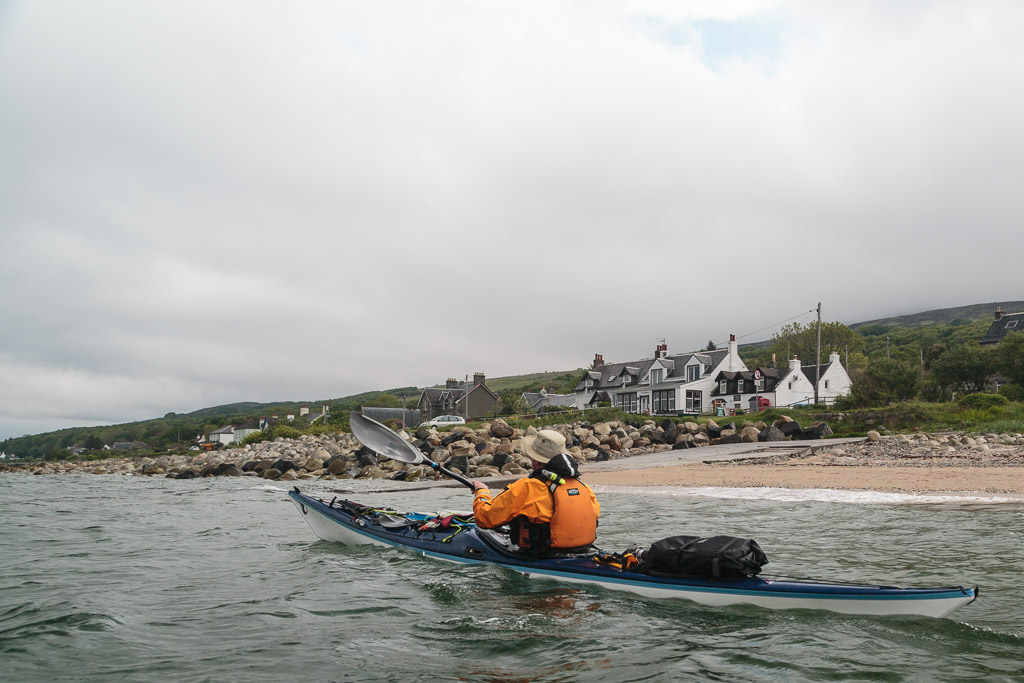 ...it was a relief when the village of Pirnmill came in sight. Pirnmill takes its name from the water mill that was here from 1780 until 1840. It made pirns and bobbins for the mills of Paisley. (Pirns are wooden rods used in weaving machines.) The mill closed when all the local trees were cut down  and the village turned to tourism and built a pier (with what was left of the wood) so that Clyde steamers could stop.Steamers ran during the summer from Gourock, Fairlie and Wemyss Bay to Pirnmill Pier. The pier has long gone. 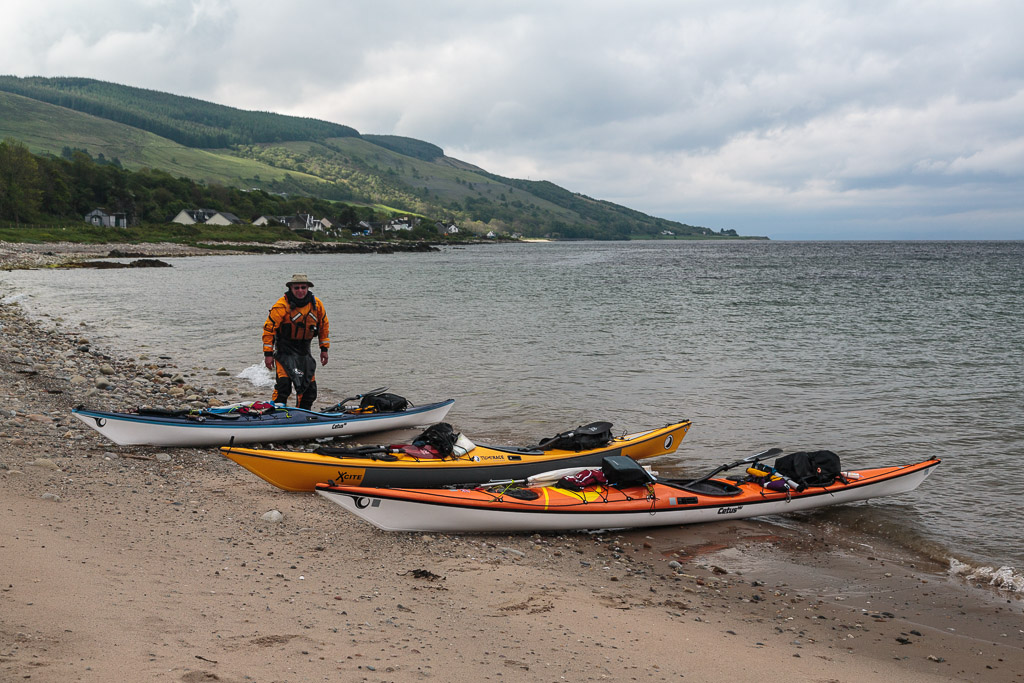 ...on the sands of Rubha Ban for a quick second breakfast in the shelter of the point.. There is an excellent place to eat at Pirnmill called the Lighthouse but it was still not quite 9:30am so we made do with our own supplies..
Posted by Douglas Wilcox at 10:32 am No comments: