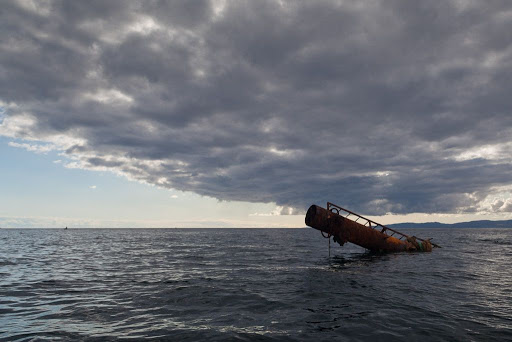 It was early evening when we came across the wreck of the Kartli. 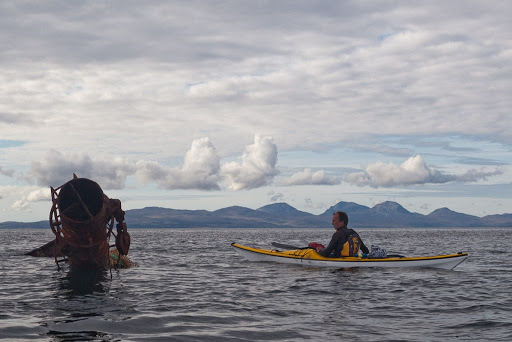 It was humbling being so close to the final resting place of the wreck of this great ship and it served as a reminder of the power of the sea. 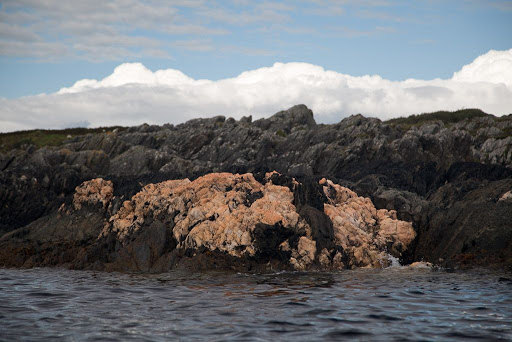 This quartz, on a rock nearby, seemed to have taken its hue in sympathy from the rusting remains of the Kartli. 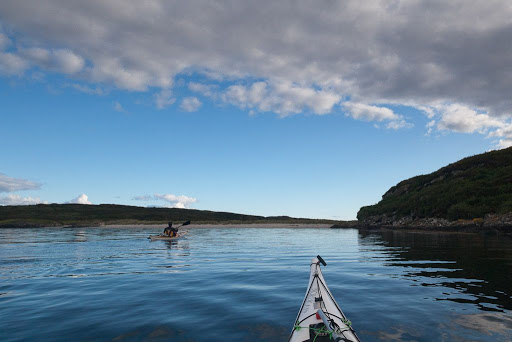 The sun was nearly setting... 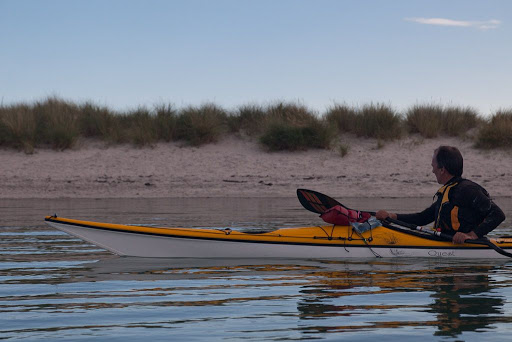 ...by the time we had explored potential camping spots. 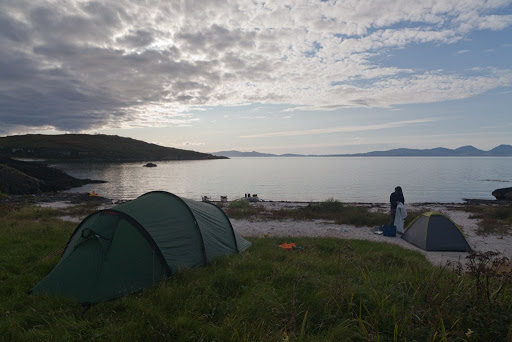 We finally found this one, with a view of Islay and Jura over the Sound of Jura. We looked forward to resting our limbs after a long day. (Donald's outboard motor "throttle hand" was quite fatigued!) We anticipated sampling a little of the produce of the fine isle of Islay. Specifically we had in mind an 18 year old Caol Isla malt whisky. According to the label on the box, this rarely available bottling has the spicy, sea-air aromas and smoky-dry, peppery flavours of a mature expressive Islay malt. I was certainly not going to argue with that as we could almost see the distillery! Yum!
Posted by Douglas Wilcox at 7:00 am 2 comments: