The Gulf of Corryvreckan by sea kayak. 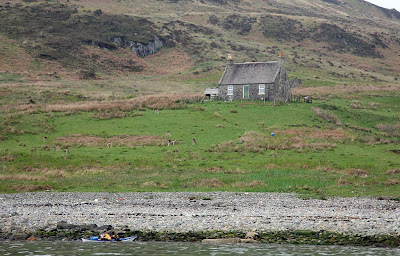 The ebb was still running fast through the Corryvreckan and impeding our westward progress so we stopped for a rest below this old cottage on the SE of Scarba...where we took our second luncheon. 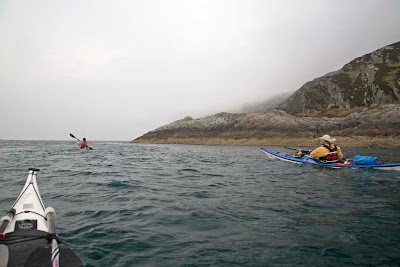 The mist was glowering low on the hills as we entered the Corryvreckan against the last of the ebb. A west wind had picked up and it is always a worry what conditions may lie outside. The transit of the Corryvreckan is about 5km so you will not get the whole way through at slack water, not that there is a great deal of slack anyway! 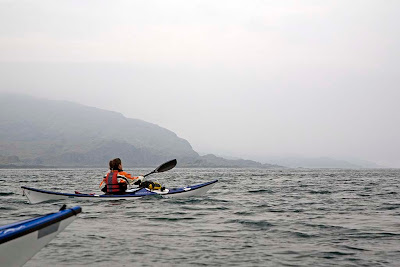 We made steady progress but 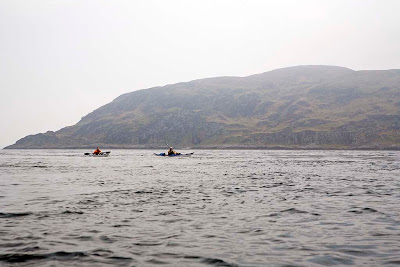 ...as we passed the site of the great submarine pinnacle of rock, which extends up from deep within the great rock trench of the Gulf, the waters started moving uneasily and with increasing restlessness. It is a grim place and it fills insignificant kayakers with awe. 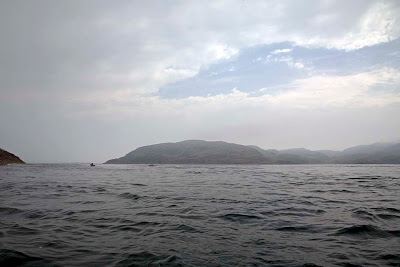 Then as we approached the western end, the mist began to clear. 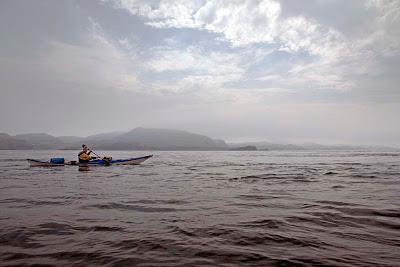 Our mood changed as we saw that outside the Gulf the winds were still light.... 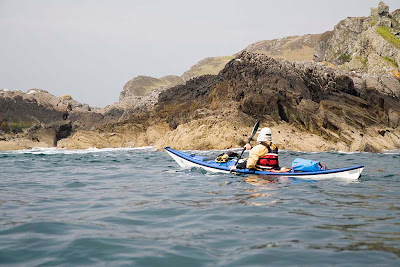 ...and there was only a moderate swell.

Then we were through but did we have a thirst?