The ejaculating spoots of Arisaig. 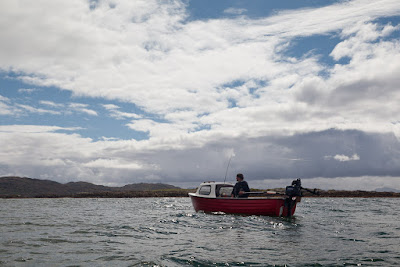 Donald and I first went on an expedition together to the Skye Cuillin nearly 40 years ago. Sadly the passage of years has not been kind to my knees and the Cuillin receded on the horizon behind us as we rounded Eilean Ighe in small boat and kayak.  The sea was still rough after the fresh  early morning winds. I cut through the clapotis by the reefs but Donald in his boat had to take a wider line till we entered the quiet waters of Arisaig North Channel at low water springs. 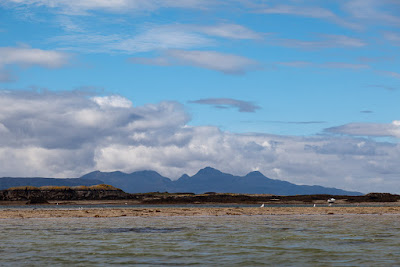 Inside the Arisaig skerries we entered a strange new world, which contrasted with the Rum Cuillin mountains on the horizon. The tidal lagoons inside the reefs had nearly emptied, exposing acres of sands that are usually still covered at most low tides. 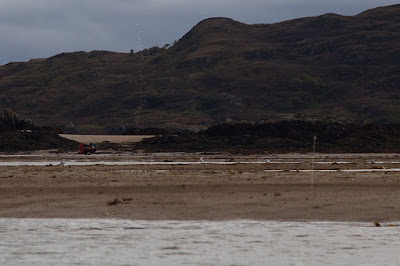 We were surprised to see many small boats pulled up on the sand banks and the skerries seemed almost thronged with people. Many were carrying buckets and others seemed to be intently studying the sand at their feet. 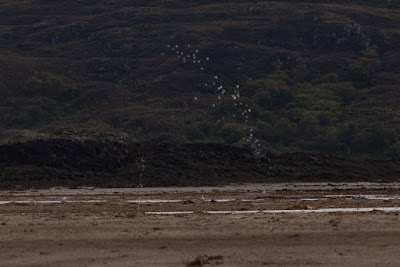 Then as we drew closer we saw the most amazing sight. Mysterious jets of water were spouting high in the air all over the sands. 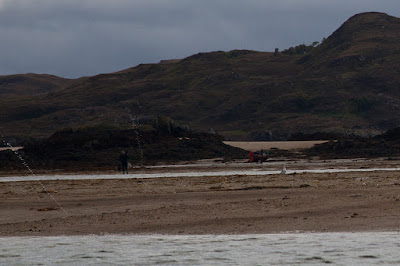 The water spouts come from razor clams (spoots in local parlance), which live deep in the sands. The locals watch for the water jets then sprinkle salt round the small hole through which they come. A few seconds later the spoot pops up through the hole and is easily caught. They are delicious.

Eigg1 has produced an amazing video of catching spoots on the nearby island of Eigg!