The SE coast of the Mull of Oa, Islay 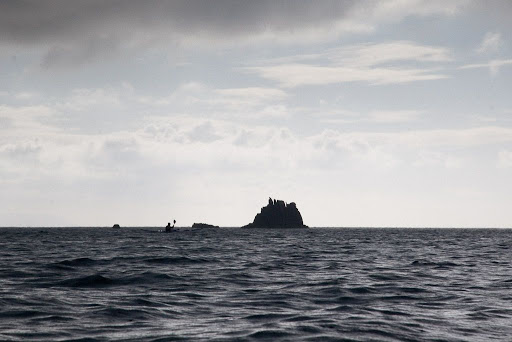 From the lighthouse we started our exploration of the remote SE coast of Islay's Oa peninsula. We entered a wild world of offshore stacks, with names like Am Plodan, and this one, An Ganradh; The Gander. 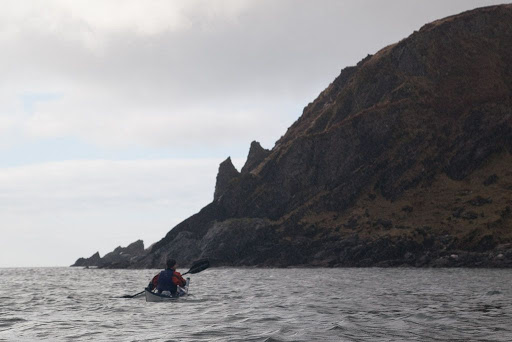 For the most part, the land plunged steeply into the sea making it a remote and trackless coast. 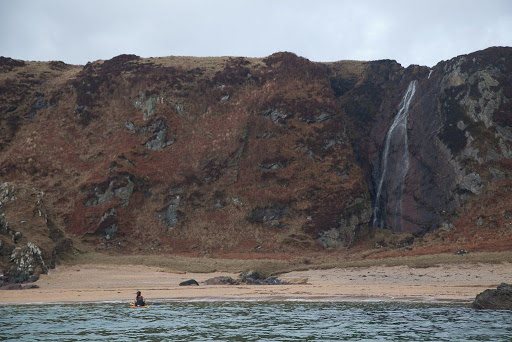 There were only occasional breaks in the line of rock such as here, at the delightful Port an Eas. The landing of the waterfall.

The rain and sleet showers sometimes relented giving a blink of sun as we made our way along the coast towards Rhuba nan Leacan, which was the start of the Mull of Oa tide race.

The NW flow is said to start at HW Dover which was at 11:31. We were still an hour before HW Dover and would have expected an adverse current but, with little effort, we were making between 7 and 8km/hr between the skerries and stacks along the shore. Either there was an eddy or the tide turns earlier close to the shore....
Posted by Douglas Wilcox at 11:33 am No comments: