Discretion is the better part of valour on the north coast of Tiree! 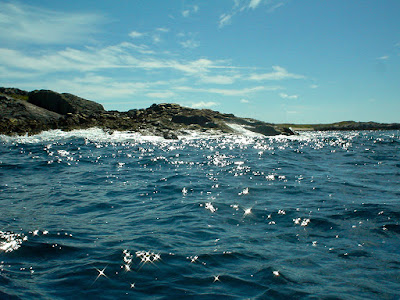 From Vaul Bay on Tiree's north coast we paddled south west along the coast towards Balephetrish Bay. We had hoped to land at the "ringing stone". This is a granodiorite erratic boulder, which was carried here by the ice during the Ice Age. Its rock is geologically recent but it sits on the ancient gneiss of the Tiree foreshore. Fortunately graniodiorite is very hard, because generations of tourists have thrown other rocks at it to make it ring. 4,000 years ago the locals were made of sterner stuff and managed to carve multiple cup marks on its surface. Unfortunately the wind and swell made it impossible to land on the rocky shore. 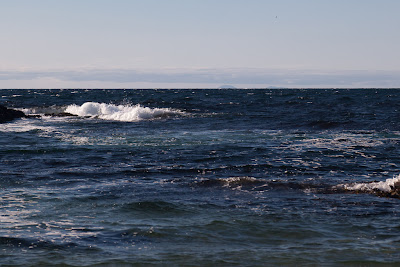 The wind increased to force 4 and the swell also rose. We had had no sleep the previous night, as we had driven through the night to catch the 05:45 ferry so, with the wind still increasing, we decided to cut short our paddle and look for somewhere to land. Another issue for me was that the pain in my bad knee had become almost unbearable. I had sat too long... through the night in a car then in a kayak morning and afternoon... my knee had now locked up. 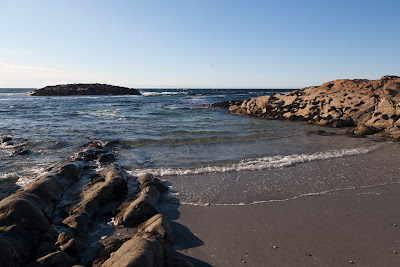 We found a narrow sandy inlet to the east of Balephetrish Bay. Its direction and offshore reefs meant it was almost completely sheltered from the north east wind and westerly swell. Even so, I couldn't get out my kayak without the assistance of both David and Phil.... Thanks guys! 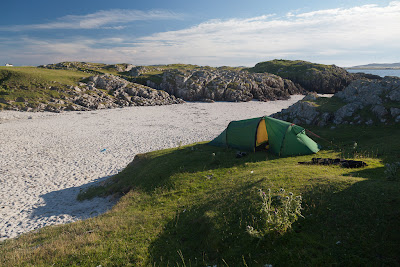 After a third luncheon of NSAIDs, COX2 inhibitors, codeine and paracetamol I was able to get going and then we had the tents up and our wet gear out to dry. 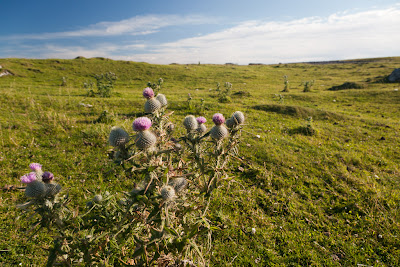 We had found our own little piece of paradise! 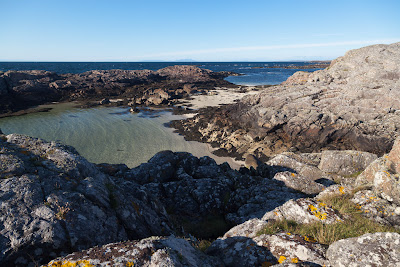 From the rocks above the tents wee looked out to sea... 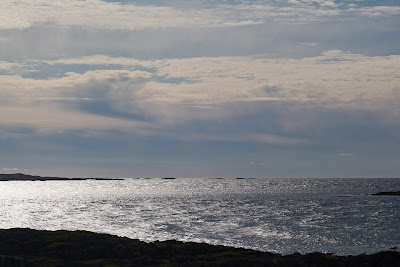 ...and we were glad we had stopped when we did. Discretion is the better part of valour on the north coast of windy Tiree!
Posted by Douglas Wilcox at 7:00 am No comments: