Looks like trouble at the Isle of Tears, Sound of Arisaig. 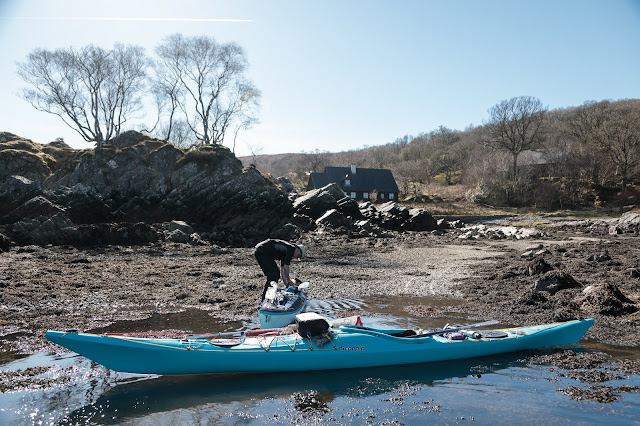 Last March Mike, Donald (AKA The Gurnard) and I arrived at the Glenuig Inn on the south coast of the Sound of Arisaig. Our friends were not due to arrive until the evening but as we had arrived at midday, we wasted no time on getting on the water. I was keen to try out the new P&H Scorpio HV mk2 in CoreLite X. 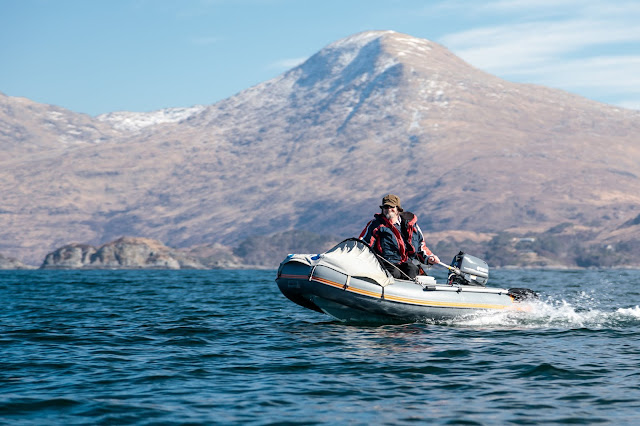 Donald soon had the little F-RIB 275 on the plane and he disappeared towards the north side of the Sound... 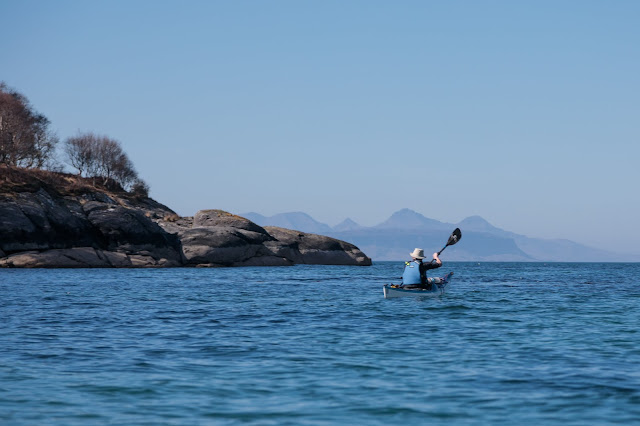 Leaving Mike and I to make the crossing at a more relaxed pace. As we left Glenuig Bay the mountains of Rum lay ahead while we left... 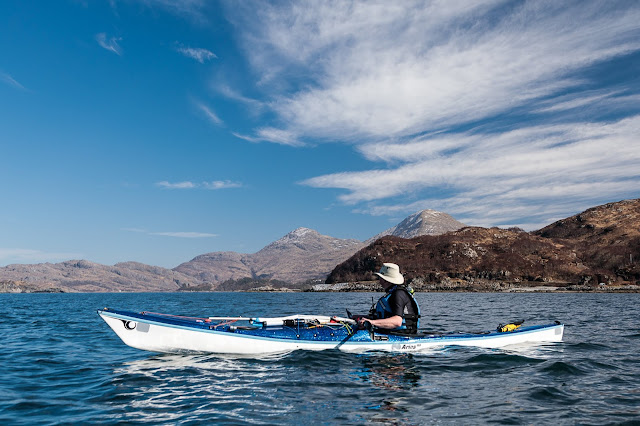 Soon we were alone in the silence of the middle of the Sound but as we... 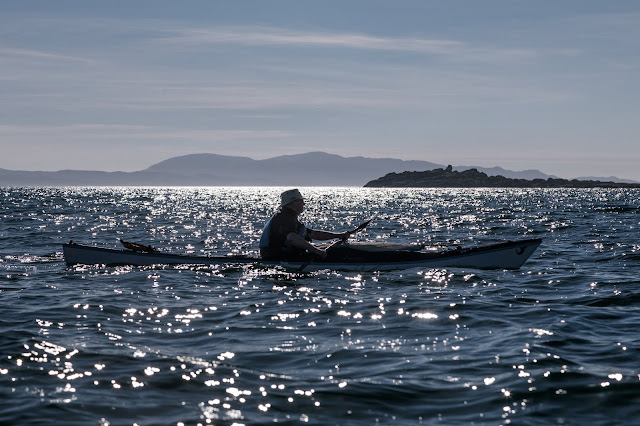 ..approached the lonely isles and reefs of Eilean an t-Snidhe (Isle of tears) we heard the sound of Donald's... 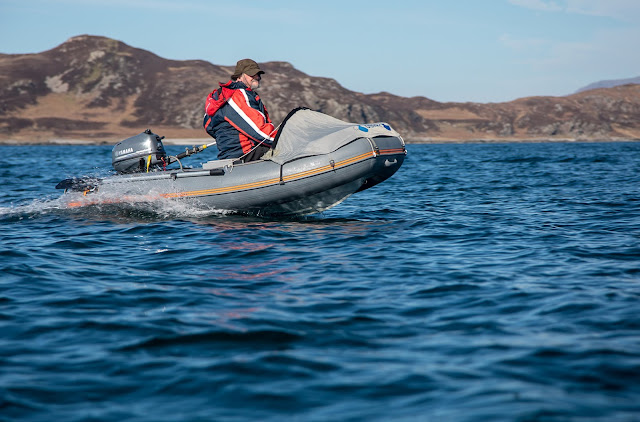 ...outboard approaching at speed. He zoomed past us... 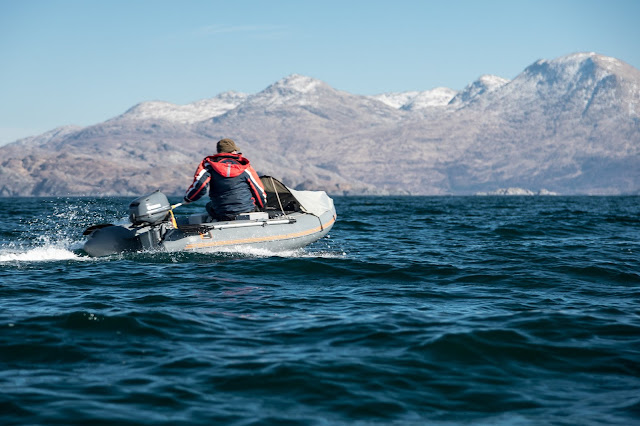 ...and circled right round us gesticulating madly at the water. 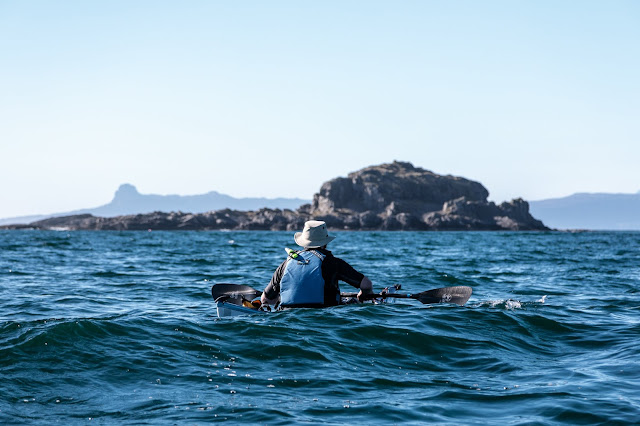 Mike and I really did not know what was going on but suspected there must be trouble ahead.