Bursting buds of March on Arran. 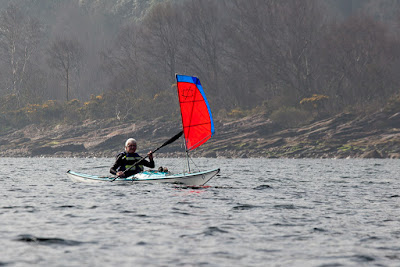 A little breeze sped us on the way up the east cost of Arran and towards the little village of Corrie.  We were already pleasantly warm in the unseasonal high temperature. 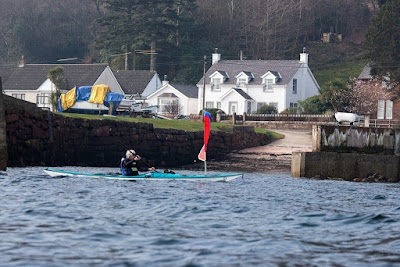 Corrie has several harbours. This one is the southern "sandstone harbour" from which sandstone from the quarries in the hills behind the village were exported to build the Crinan Canal locks in nearby Kintyre. Note the bollards whhich are shaped and painted like sheep. 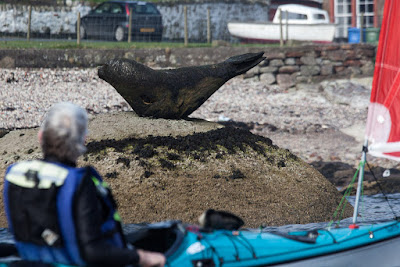 The houses of Corrie form a typical Scottish ribbon development along a raised beach. They are tucked between the steep mountains behind and the sea in front. These houses are beside the northern "limestone harbour" which exported the limestone which was mined in the hills above. The proximity of sandstone and limestone hints at Arran's interesting geology and at this time of year geology students from many universities are spending their field trips tramping the hills and coastlines of Arran.

Off the Corrie shore, we passed the special buoy that marks the southern boundary of the Sound of Bute submarine exercise area. We would find more about this area later the next day... 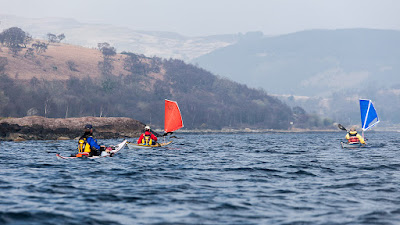 We put Andrew through his paces, testing his forward paddling technique as we continued... 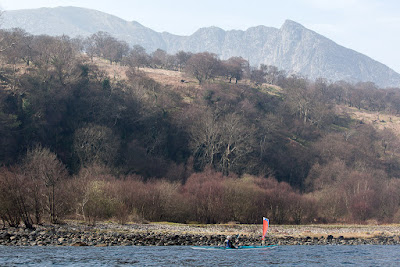 ...along the coast of red sandstone slabs. Foothills, clad with deciduous trees, tumbled to the shore from high, bare granite ridges above. The trees were bursting into bud.
Posted by Douglas Wilcox at 7:00 am 2 comments: