Paddling by the shifting sands of time on Coll 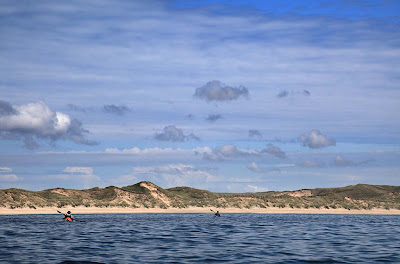 Leaving the Sound of Gunna, we entered the great sweep of Crossapol Bay at the SW end of Coll. The shifting dunes (white dunes) between here and neighbouring Feall Bay, to the north, have been designated as a Special Area of Conservation (SAC). 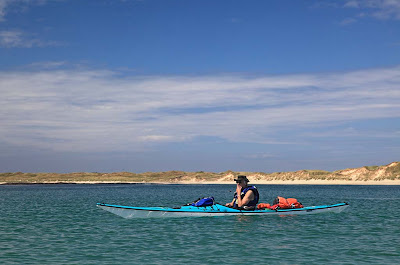 This magnificent dune system is one of the largest in the Inner Hebrides and is maintained by a plentiful supply of beach sand and the high average wind speeds (nearby Tiree averages 18mph, the top end of force 4). 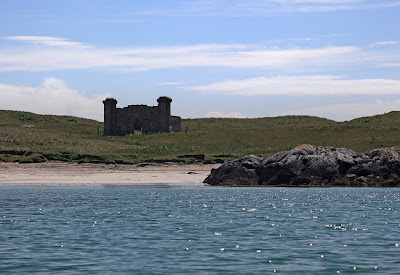 There are burial grounds at both the west end and the east end. The Maclean clan owned Coll from the early 15th century until 1856. This isolated burial enclosure, at the east end of the bay, was built in 1802 by Alexander MacLean, the 15th chieftan, for his wife and himself. The traditional burial ground of MacLean chieftains was at Killunaig Church on the north coast but Alexander feared that shifting sands would expose or bury the graves there.