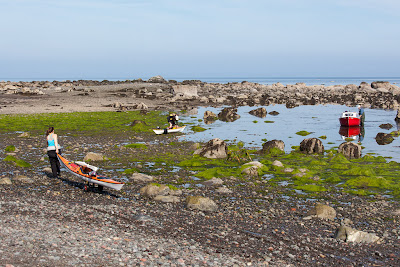 On the 24th of May we convened at Lendalfoot in Ayrshire. Jennifer, Phil and I were in kayaks and we were joined by my brother Donald in his little fishing boat. 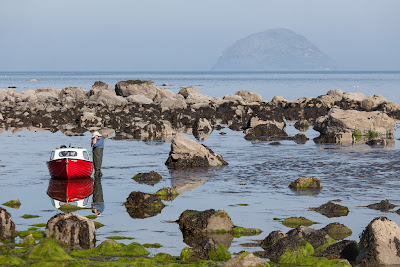 Donald had arrived long before the kayakers to give himself time to get to the water.

Our destination lay beyond the reefs of Lendalfoot... 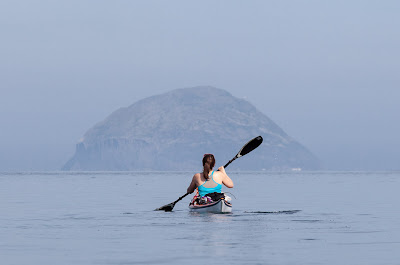 ...we were bound for Ailsa Craig, about 14.5km offshore. Jennifer soon set off with her Lendal Kinetik Wings. 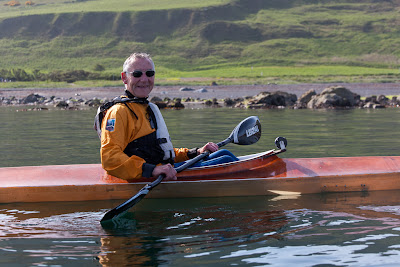 Suddenly we were joined by another paddler. It was Alistair Wilson who lives nearby. Alistair was the founder of Lendal Paddles, which he ran with his wife Marianne, until they recently retired to Lendalfoot. He was paddling a 36 year old K1 kayak with a modern Lendal Kinetik Wing, on a cranked shaft at about 45 degrees feather. 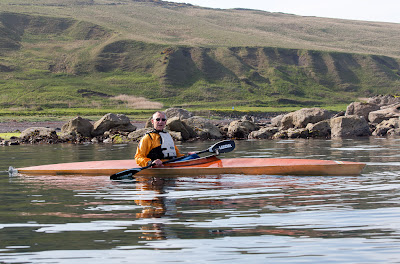 I first heard of Alistair in 1964. I was at primary school in Ayrshire and we were all so excited that we had our own local Olympic athlete. I remember the whole class drawing Alistair in his "canoe"! 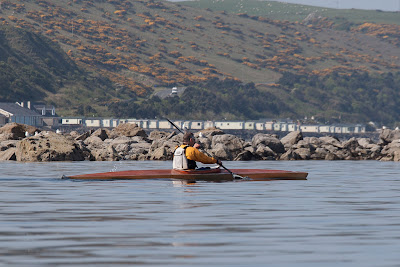