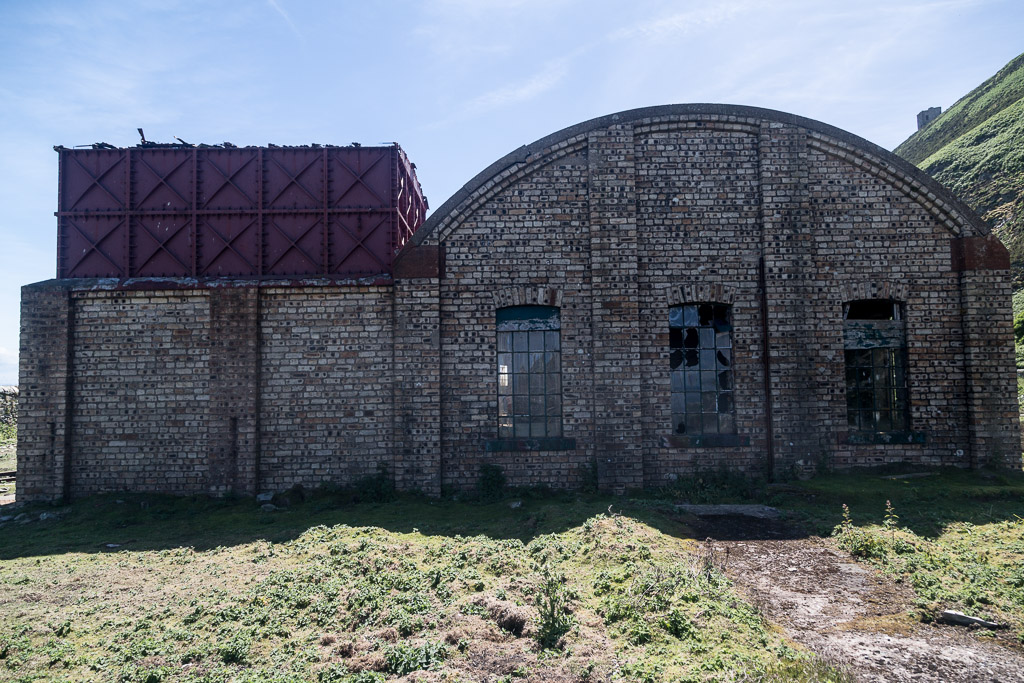 While Phil recovered from his crossing to Ailsa Craig, Tony and I took a stroll round  the buildings near the lighthouse. This was the site of the gasworks and this building was the engine room which ... 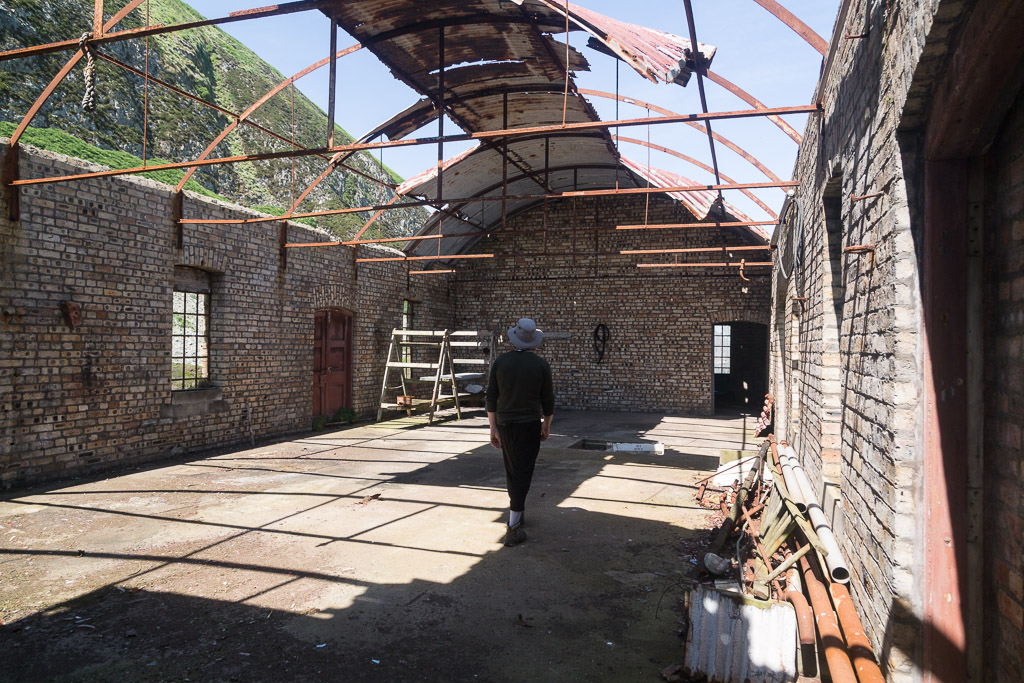 ...once housed the compressors which were powered by the gas and provided compressed air for the fog horns. The gas engines were replaced by oil burning engines in 1911 and the large oil tank was added to the roof. When I first visited Ailsa Craig in the 1970's this building still had a complete corrugated iron roof. 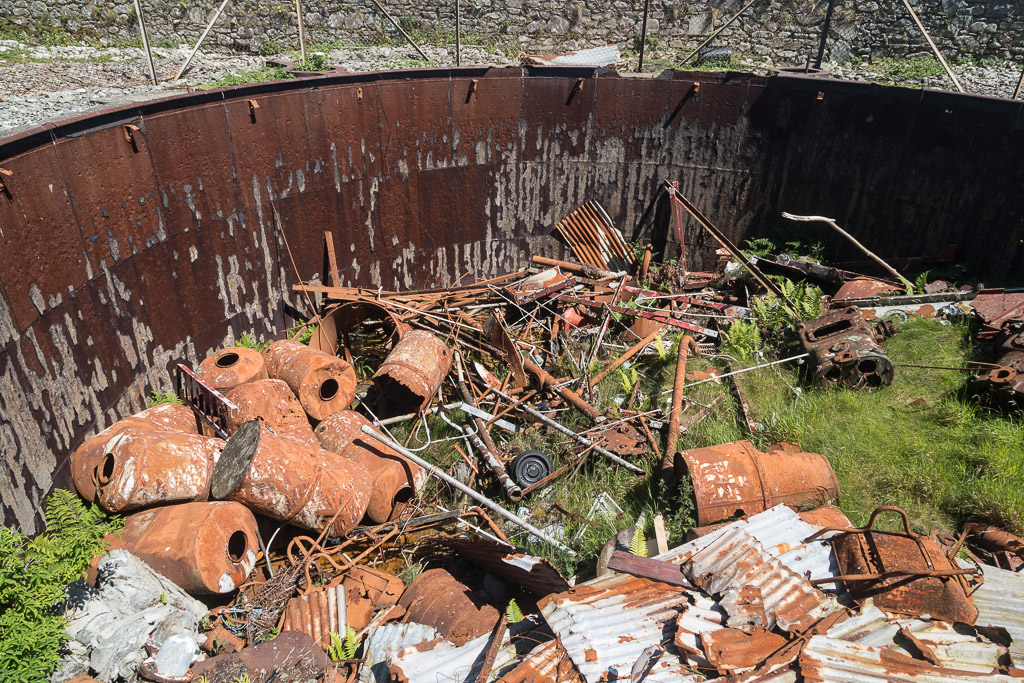 Next to the buildings are two circular pits that once held the gasometers which stored the coal gas. 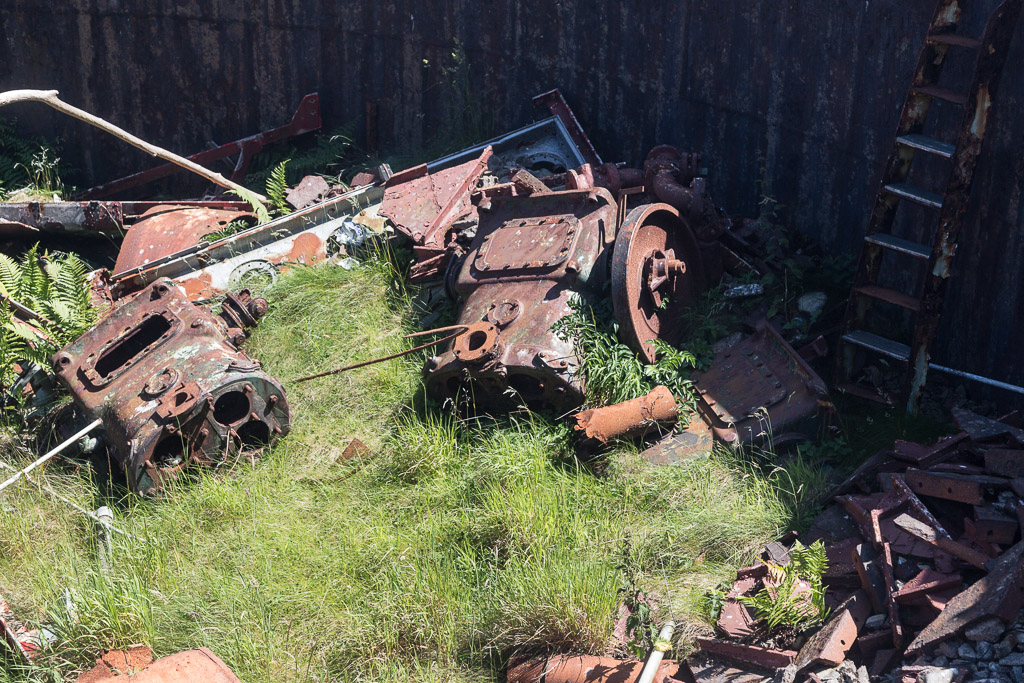 The compressor engines and lots of other rubbish have been dumped in the pits. 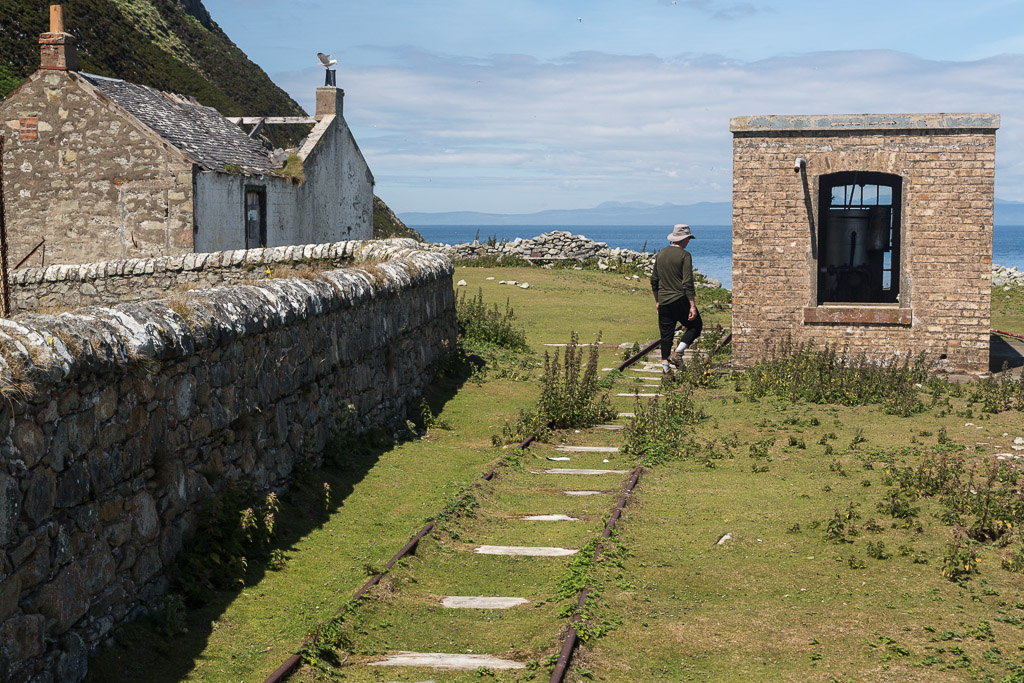 This railway line leads from the jetty up to the gasworks and the lighthouse. The winding house has an engine which pulled the wagons loaded with oil up from supply boats. 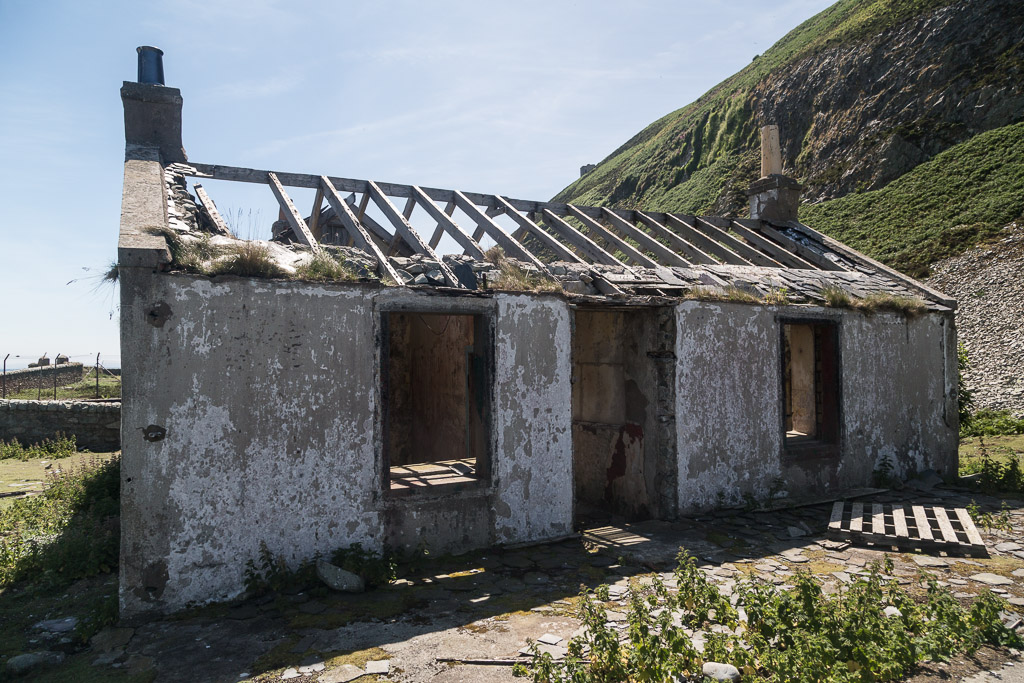 In the 19th century this was the Marquis of Ailsa's factor's house. The island's gannets were harvested just like in St Kilda and there is still an iron stake near the summit that estate workers used to lower themselves on ropes to the birds' nesting sites. 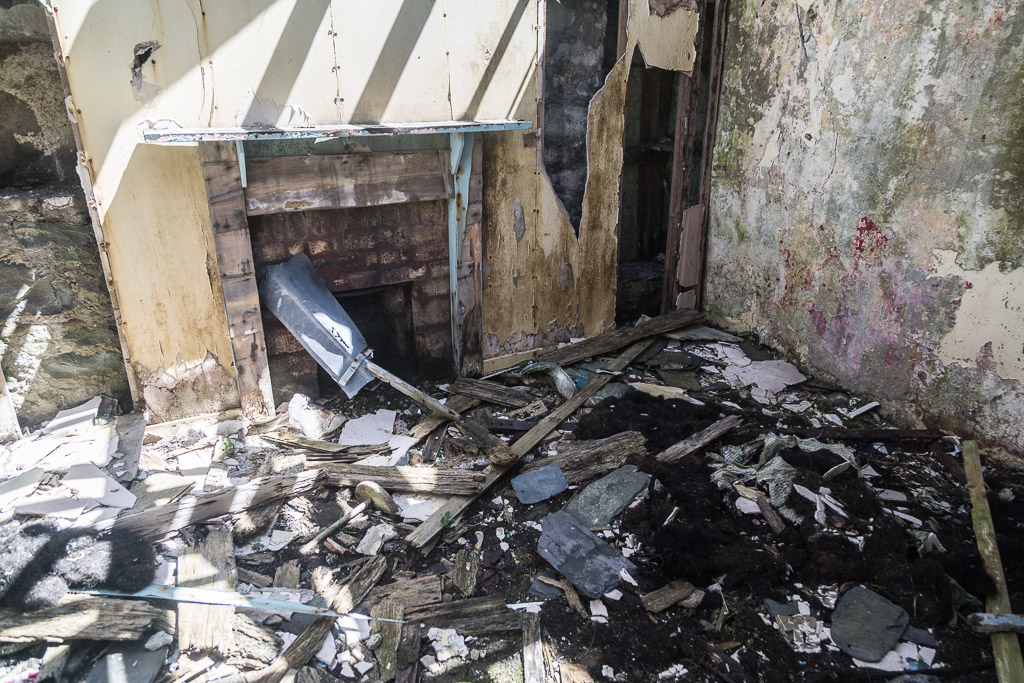 In the 1970's the cottage was still habitable and when we were there, a PhD student from Aberdeen University (who was studying gannets) was in residence. 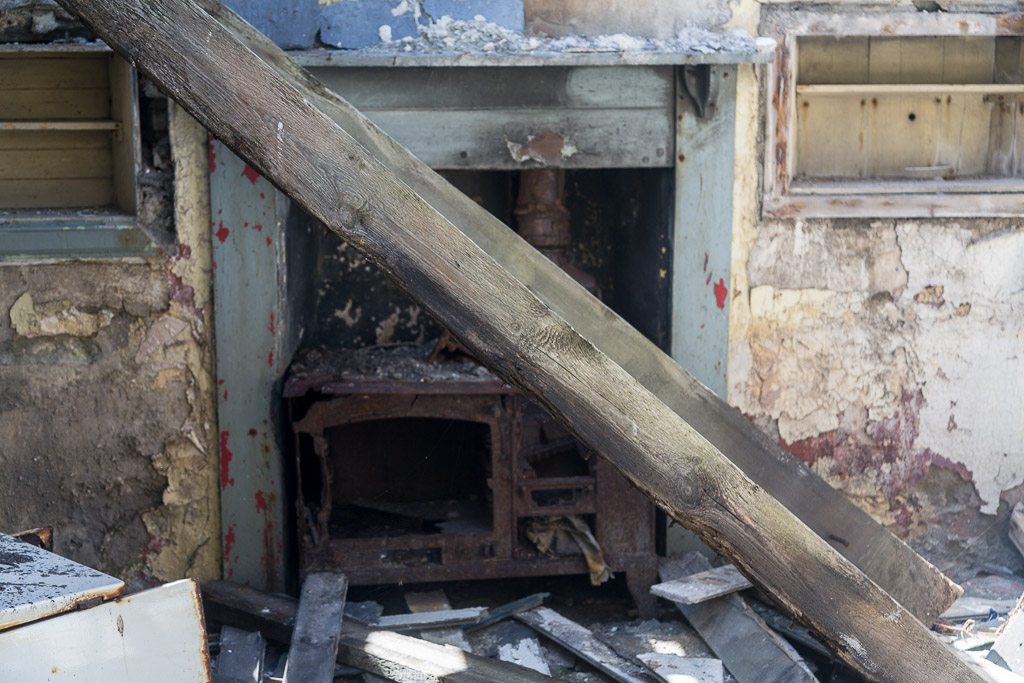 Now it is in a right mess and state of decay. 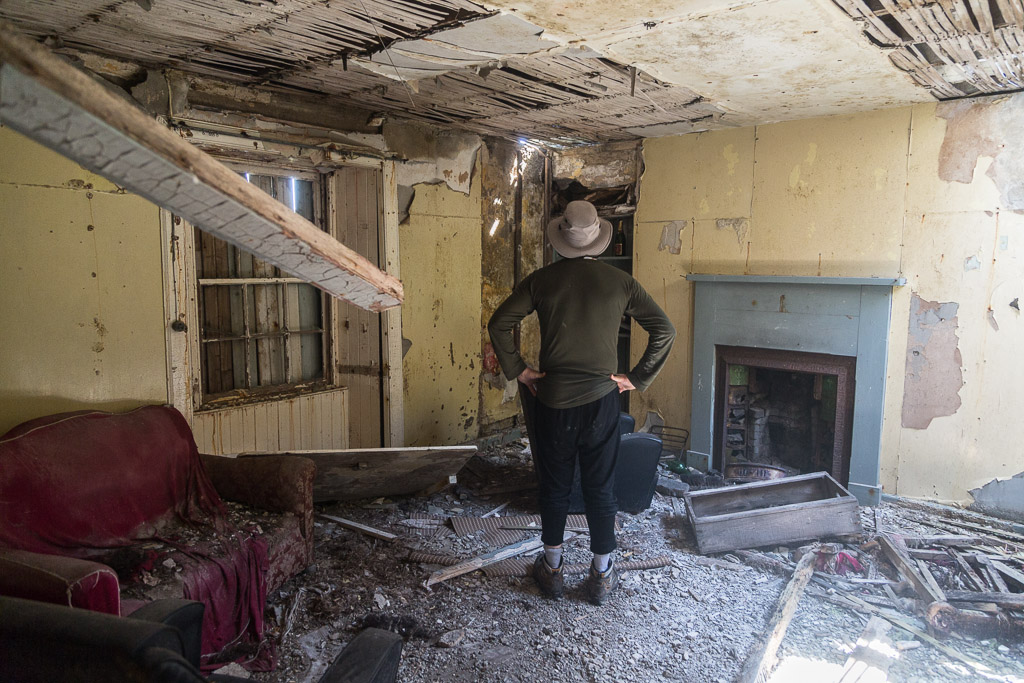 Tony, go to your room and don't come out until it's tidy!