The further decay of the Little Cumbrae lighthouse, nobody cares. 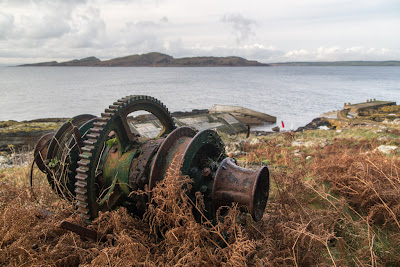 Some things on Little Cumbrae have stood the test of time: things like this old windlass for hauling supplies up from the jetty. 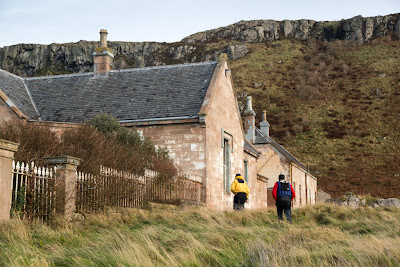 The beautiful sandstone houses  are suffering badly as their sash windows are falling down and letting the elements in. 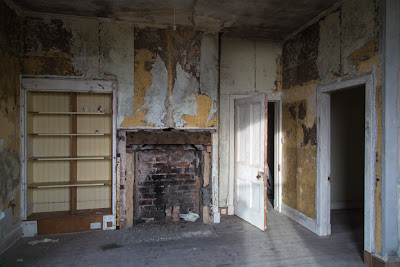 Despite the rain getting in, the rooms are still surviving because... 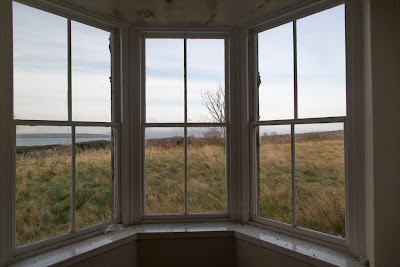 ...they were built of such high quality materials. The cottages were last inhabited in 1977 when the keepers left after the light was automated. 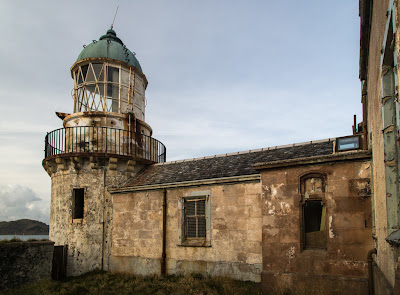 The old light house was built by  Thomas Smith and Robert Stevenson in 1793. 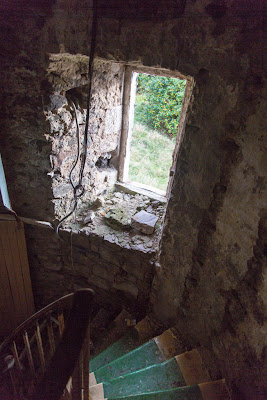 Climbing to the lantern room this window has been blown in. 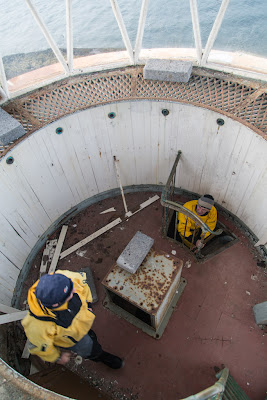 At one time the rotating lens and its motor were fitted here. 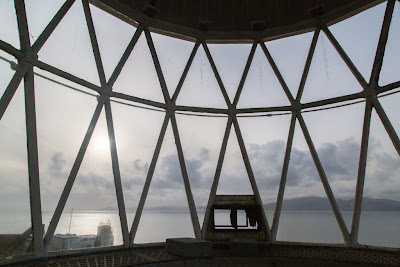 There is an incredible view from the latern room across the Firth of Clyde. 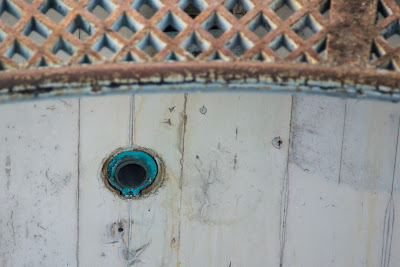 These little ports are connected to tubes that go right through the lighthouse wall... 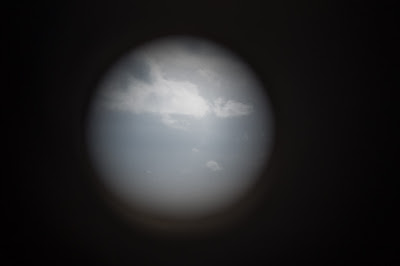 ...to the outside. They supplied fresh air to the lamp when it burned oil. 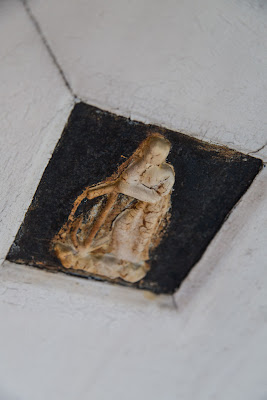 There are a number of wonderful  iron relief mouldings on the internal walls of the lantern room. This one is of a mother comforting a child beside an anchor. 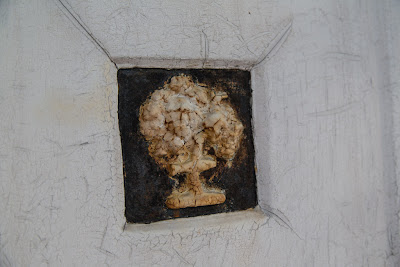 This is the coat of arms of Glasgow. It consists of a tree with a bird, a bell and a fish hanging from it. 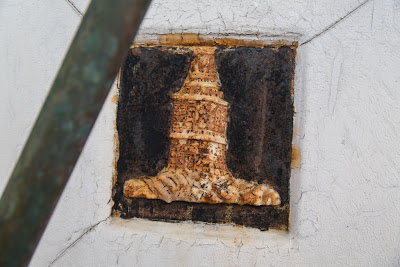 This is a square lighthouse tower standing on a wave washed rock. 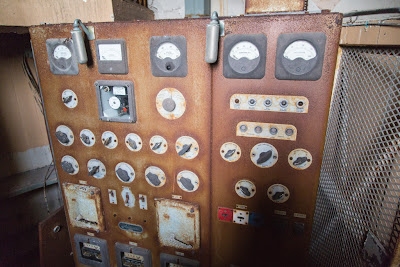 Under the lighthouse this panel controlled the... 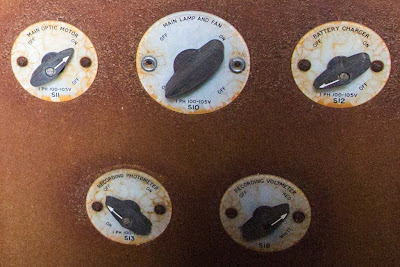 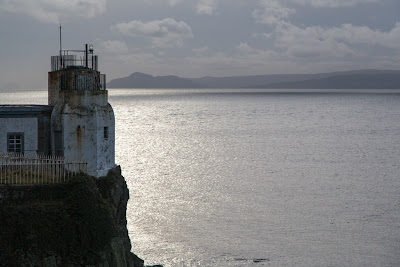 It was finally switched off in 1997 after being illuminated for 204 years. It was replaced by this rather attractive concrete block, which looks in worse condition after 15 years than its centuries old predecessor.

It is so sad that the only change, since our previous visit to Little Cumbrae lighthouse, is further decay. Nobody seems to care about this wonderful old piece of our maritime history.
Posted by Douglas Wilcox at 7:00 am No comments:

The contents of a sea kayaker's grab bag. 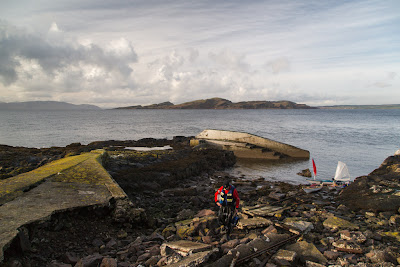 The winter storms on the west coast of Little  Cumbrae  have not been kind to the old lighthouse slipway and railway. The slipway is now as smooth as the outline of Bute on the horizon. 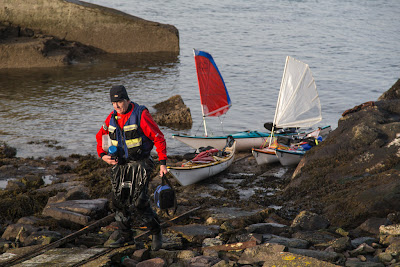 David made his way carefully up to our chosen luncheon spot, clutching his emergency grab bag. Sea kayakers carry a wide variety of useful things in their BA pockets and some like David feel the need for the extra space, which a grab bag provides. 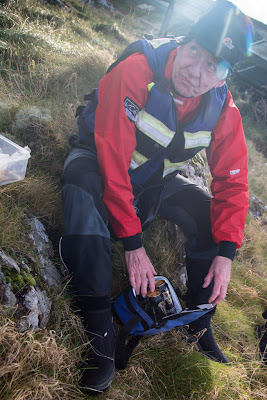 Tony said, "Go on David, show us what's in your grab bag then." 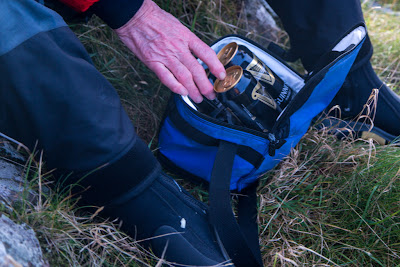 "Oh well" he replied "if I must!" David had clearly chosen to bring some extra supplies in case of emergency... 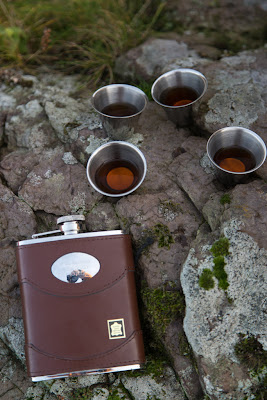 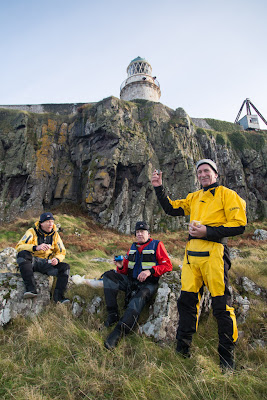 The lighthouse isn't lit, it's an emergency. The sun is over the yardarm, so cheers!
Posted by Douglas Wilcox at 7:00 am No comments: