Little and Large in Lamlash Bay. 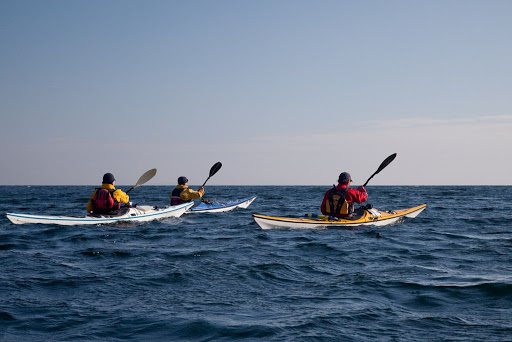 Jim, Tony, Phil and myself left the shelter of Brodick Bay at Corriegills Point where we met a fresh offshore wind. 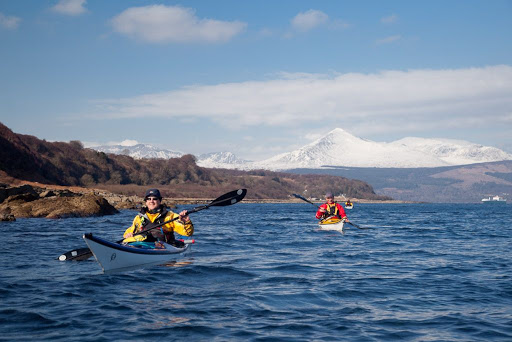 It was exhilarating paddling in the sunshine, under blue skies and snow capped mountains. 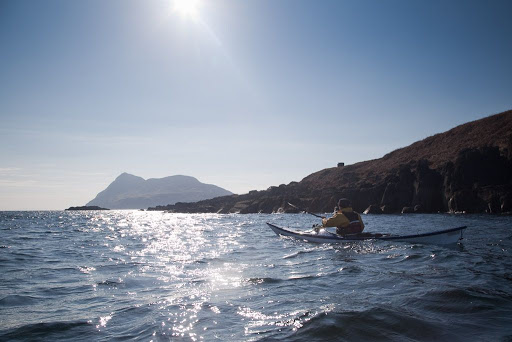 Nearing Clauchlands Point, our destination, Holy Island came into view. It lies in the middle of Arran's Lamlash Bay 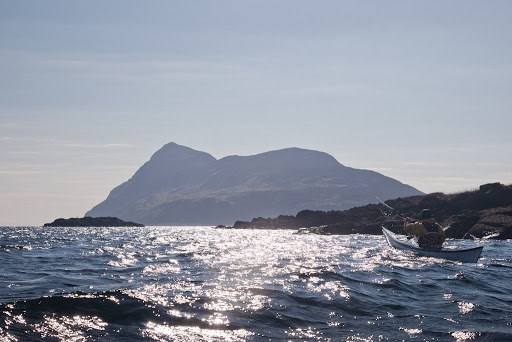 Despite its size, Arran only has three satellite islands. Holy Island is the largest and the highest, next is Pladda off the south coast and the smallest is little Hamilton Isle, seen here just off Clauchlands Point. It is completely dwarfed by its larger neighbour, a case of Little and Large in Lamlash Bay.
Posted by Douglas Wilcox at 1:25 pm No comments: