Decay and restoration on Scarp. 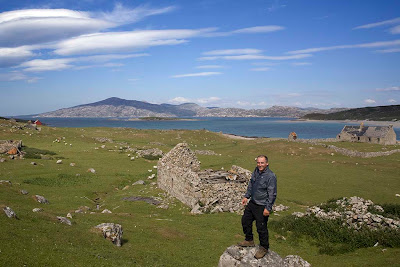 From the shore we made our way up the hill through the remains of the settlement on Scarp. Photo: T Page. 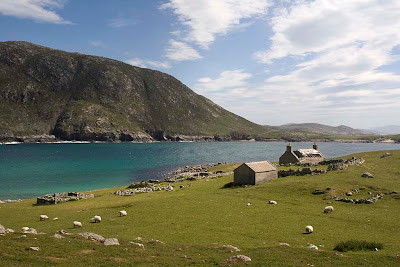 In the distance on the right, you can just make out the jetty on Harris that was the Scarp inhabitants' link to the outside world. 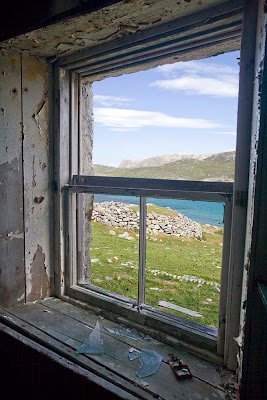 It was only two years since our last visit but the houses had deteriorated noticeably. 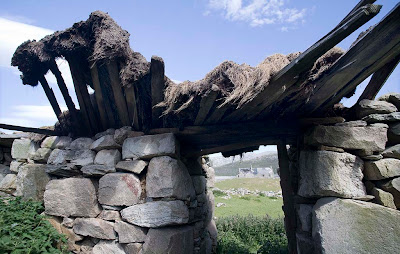 Some of the old black houses still had remains of their thatched roofs. 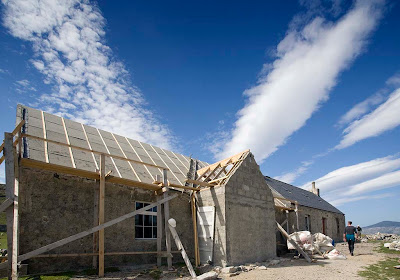 We were surprised to find that one house was being restored, probably as a holiday home. I wonder if the new owner is a descendant of one of the original crofters of Scarp? 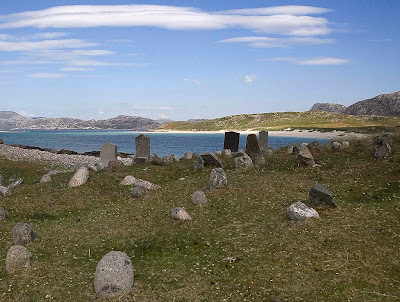 The grave yard was in the machair behind the dunes. Most of the graves were marked by simple rounded boulders from the beach below, although there were a few carved stones.