Apples are not the only fruit in the Eden of Ardwall Isle. 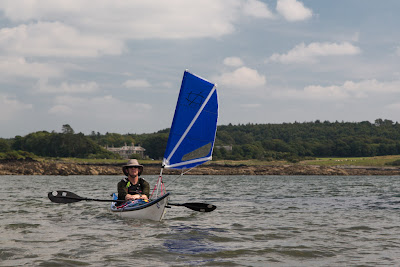 We landed on Barlocco reef at low tide so we had three hours to wait until the flood tide would fill Fleet Bay sufficiently to return to our launch site. The reef is seldom visited and the ground is very rough with no paths. It is interesting to explore Barlocco as there is a lot of flotsam and jetsam. There is also a very lush green mound under which lies the remains of a fin whale, not a good place for Little Miss Muffet! For someone with knees like mine, Barlocco was not an option so with Knockbrex House in the background, we set sail for... 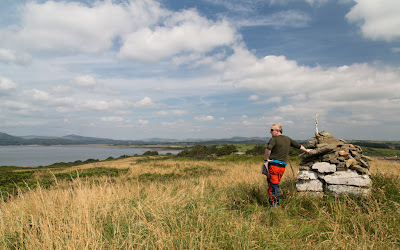 ...Ardwall, which is a verdant isle with a network of paths. Leaving Jennifer by the kayaks, Tony and I enjoyed a gentle walk to the summit of the isle and took in the panorama. 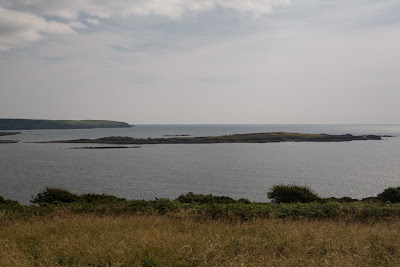 To the SE, in the lee of distant Ringdoo Point, lay Barlocco reef from where we had just come. On the horizon, the flood tide was rushing eastwards up the Solway Firth, kicking up an uncomfortable sea in the SE wind. We were glad we had retreated to more sheltered waters. 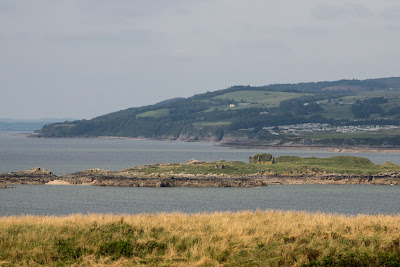 To the NW lay the Murray's Isles. The cottage on the larger isle is very interesting. Like many Scottish cottages in exposed locations, its gable end faces SW into the prevailing wind. This one is unusual in having a window in the SW gable. This was so the occupant could keep an eye on approaching ships. The cottage was used by pilots who were waiting to escort ships up the Fleet canal to Port Macadam in Gatehouse of Fleet. It was also used by customs officers who were on the lookout for smugglers. 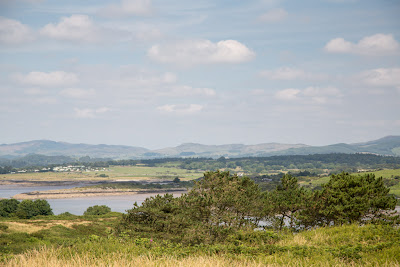 This was the view north to the Carrick coast and... 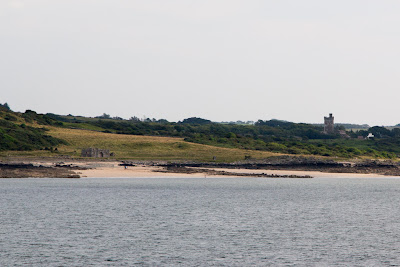 ...this is a telephoto view to the ESE and Knockbrex beach where we had stopped for first luncheon. There are two follies or as they say in Galloway "Coo Palaces" in this photo. The fortification behind the beach was a boathouse and beach changing house for Knockbrex House. The castle on the horizon is a water tower! There is also a cave, reputed to have been a Smugglers cave, hidden in bushes to the left of the beach. 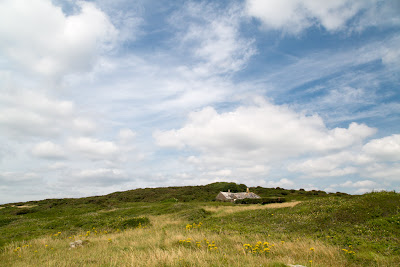 Eventually the winding path took us to Ardwall cottage. Near the path at this spot are a couple of underground chambers covered with flat stones. They were used by smugglers to conceal contrabrand. 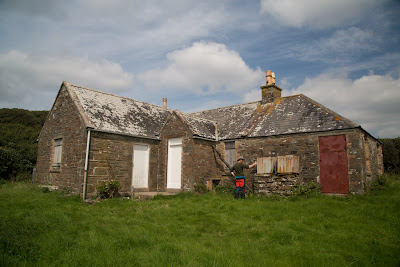 It is stll used as a holiday home but the owners were not in residence. There is no water supply barrainwater which is collected from the gutters. 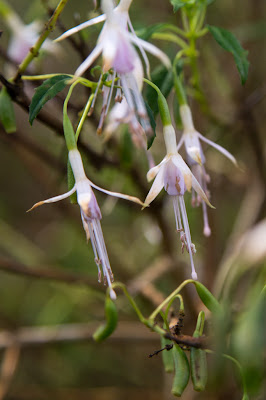 Hedges round the cottage are abundant with fuschias and escalonias which thrive in the mild climate. 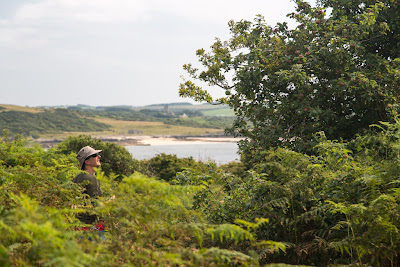 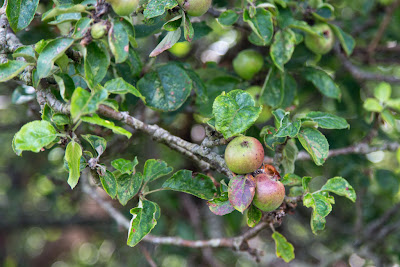 ...which had a heavy crop of small but perfectly formed fruit. He picked a rosy specimen and bit into it with relish. Unfortunately it was a bitter crab apple! 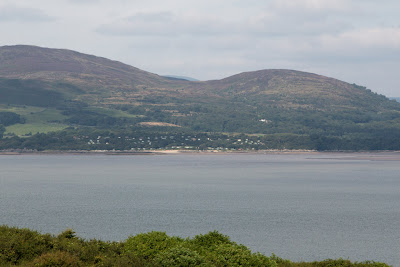 Fortunately the flood tide was now beginning to fill the bay again. Time to go... 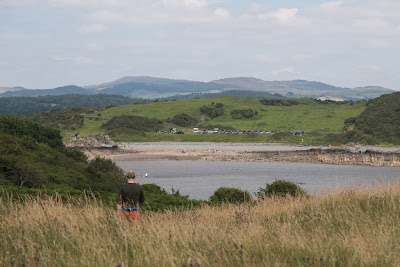 ...so we made our way down to the beach through a hay meadow that was alive with butterflies. Near the beach we passed ta pile of stones covered with brambles. It is all that remains of an early Christian chapel. Ardwall is truly an Eden and well worth exploring.
Posted by Douglas Wilcox at 11:53 am No comments: