A wild goose chase and feeling flushed at Hynish, Tiree! 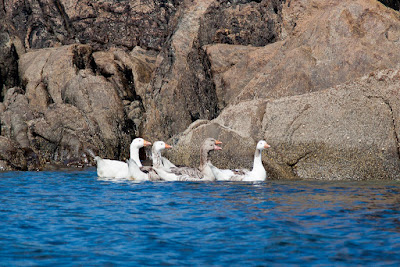 After rounding the southern tip of Tiree we turned to the NE again for the first time since we had left the Gunna Sound. We entered a maze of skerries with several dead ends but these wild geese led us through. 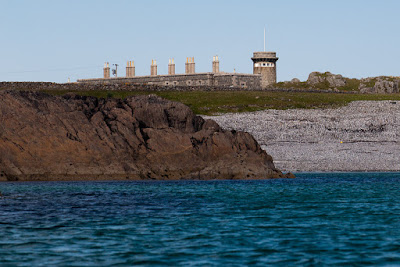 As we approached the settlement of Hynish, we saw the observatory tower for the Skerryvore lighthouse, which lies over 19km away to the SW. Two way communication was by flag signals and telescopes. It is now maintained by the Hebridean Trust and houses an interesting museum. 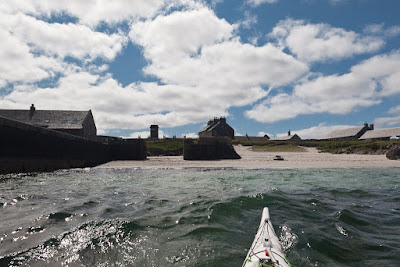 Rounding Hynish pier we approached the beach with its massive dry dock... 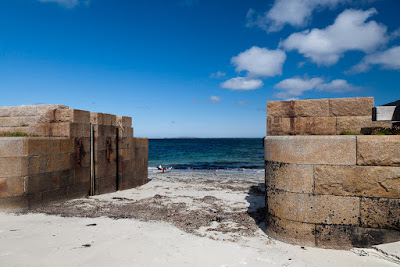 ...which was built by  Alan Stevenson during the construction of the Skerryvore lighthouse from 1838 to 1844. Granite was quarried at the Ross of Mull then shipped here to Hynish where the blocks were shaped to the exact dimensions required for each layer of the lighthouse. 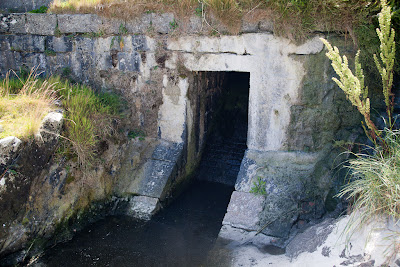 Hidden away at the back of the dry dock is an unusual opening. It looks just like something that might lead to some burial chamber filled with gold! However, you would be wasting your time on a treasure hunt! It is actually a sluice gate that is connected to a reservoir above Hynish. At low tide, it could be opened to flush out sand which was silting up the dock.
Posted by Douglas Wilcox at 10:13 pm No comments: