The iron spike on the summit of Ailsa Craig. 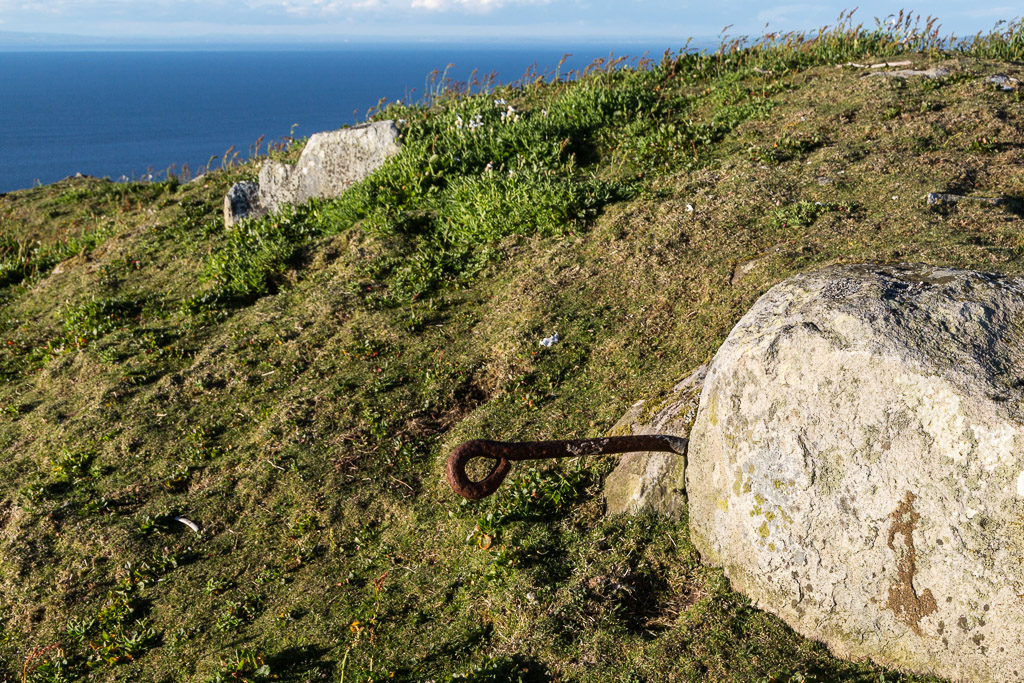 Near the summit of Ailsa Craig  this old iron stake was used in the 19th century by men who lowered themselves on ropes to the gannet colonies below. They harvested the young gannets in the same way that the inhabitants of St Kilda did at the same time. 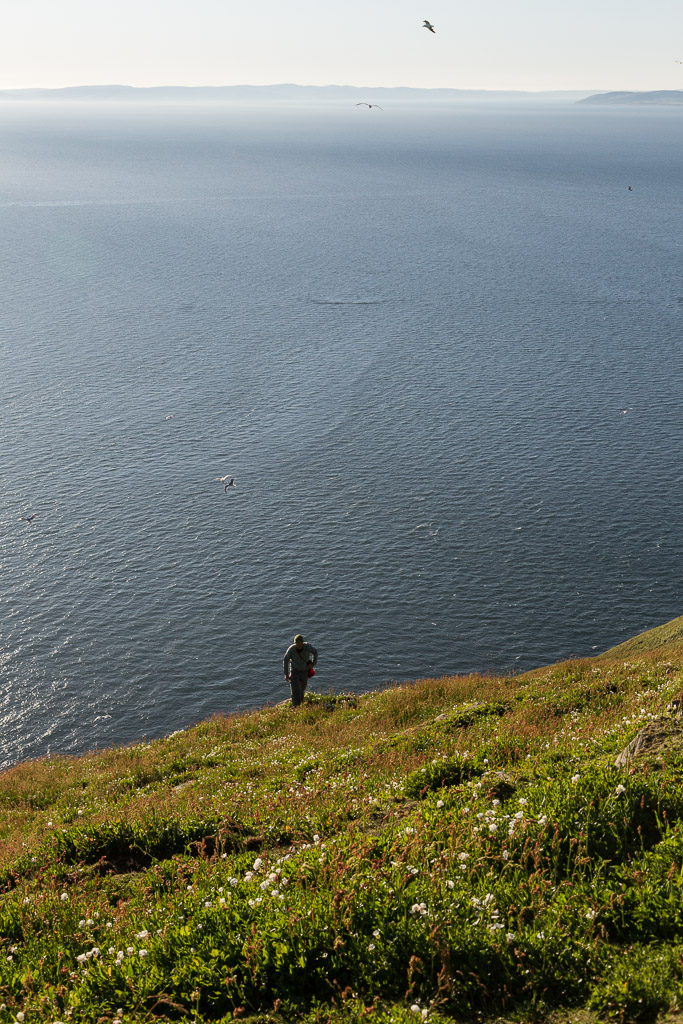 With knees like mine I stayed put but Tony bravely descended (without a rope) to see if he could get photos of the colonies. 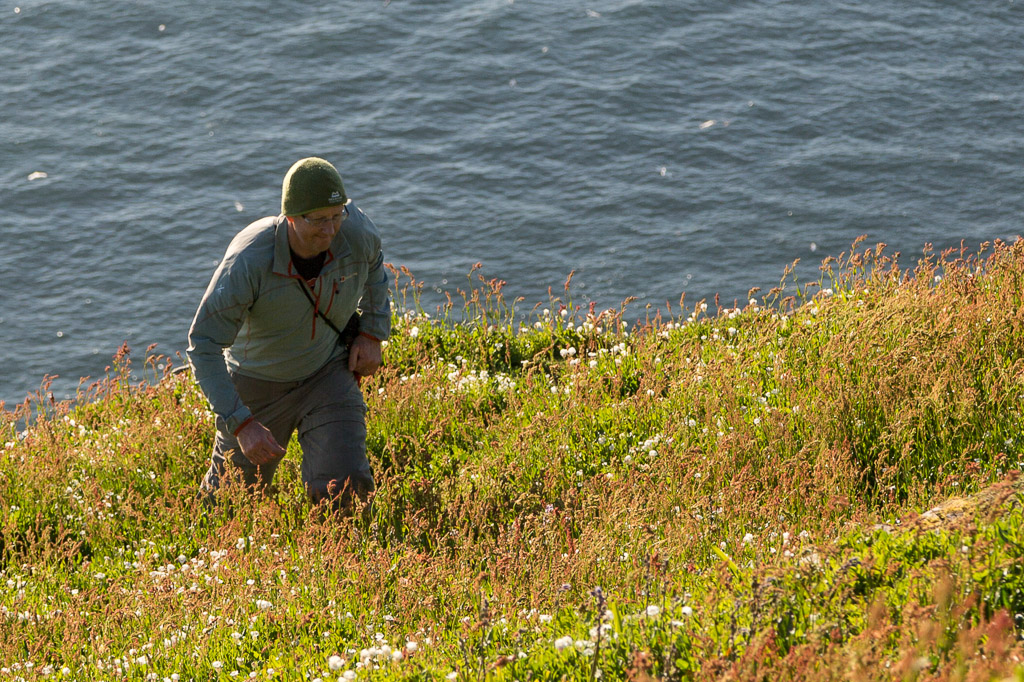 The grassy slopes got steeper and steeper and Tony returned to the easier ground of the summit with some relief. 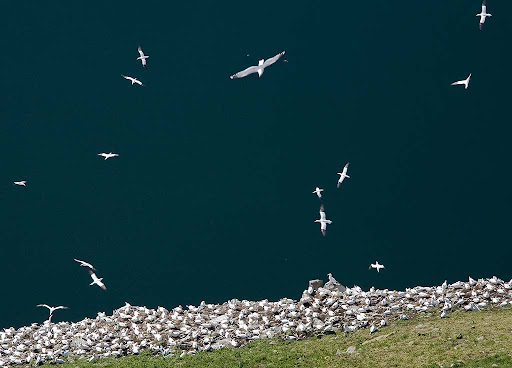 I took this photo (from the spot Tony reached) in May 2008 before my knee accident. It shows the gannet colony at the top of these... 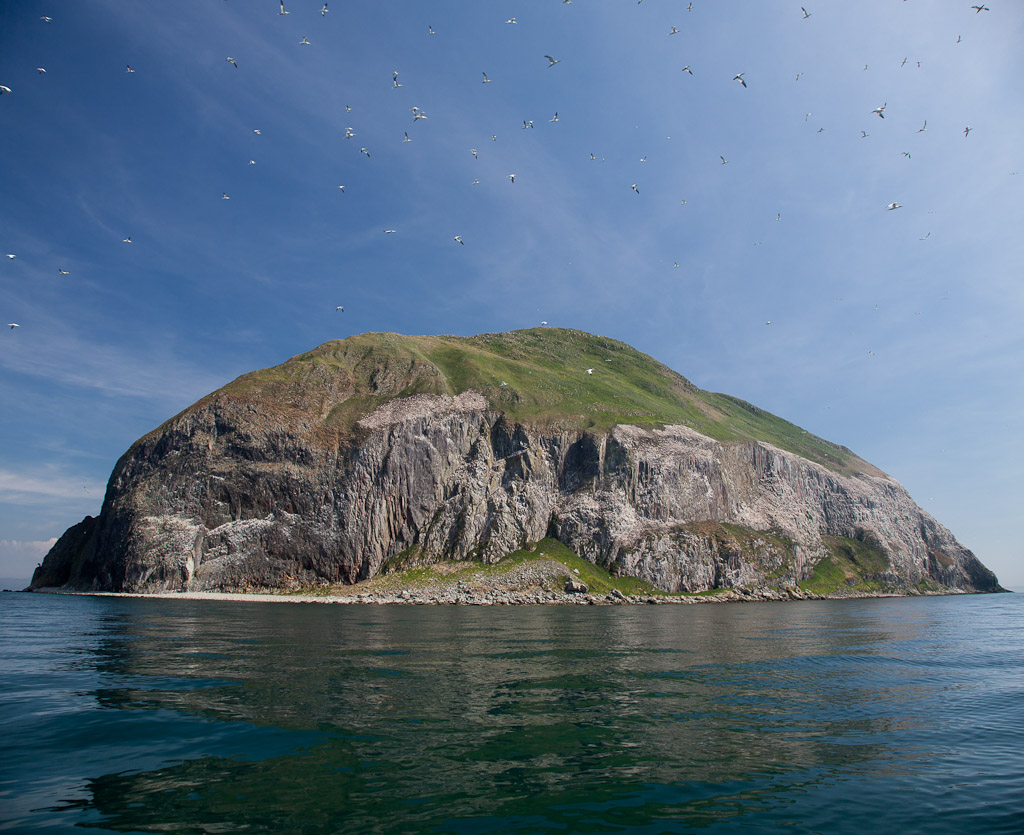 ...cliffs on the western side of the island. It is not the sort of place you would want to slip! 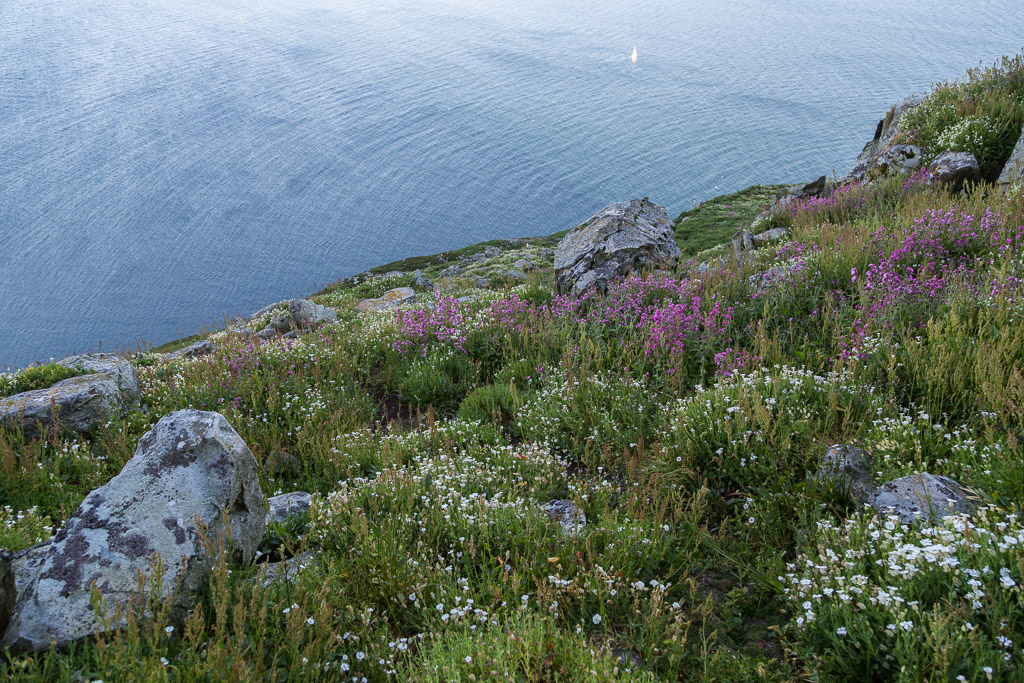 We had intended to stay on the summit until sunset but I realised my knees would not manage a descent in the dark. Phil and Tony kindly agreed to accompany me down and we slowly descended together on  the shady path on the east side of the island. We were not alone,... 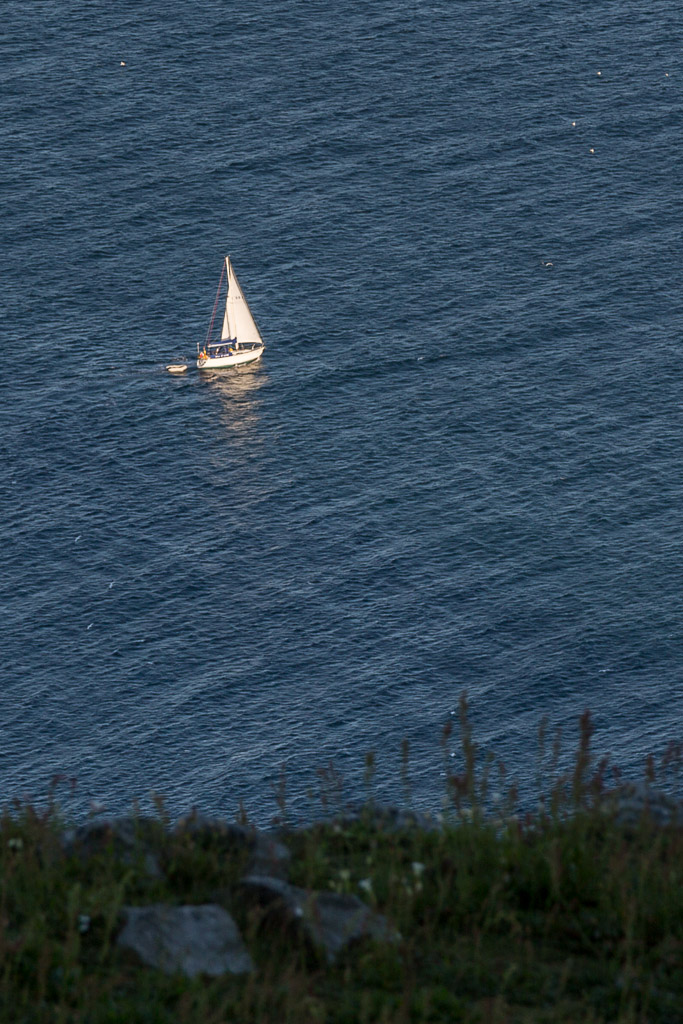 ...this yacht was slowly trying to break free of the island's wind shadow. It was long gone by the time I got back to sea level!
Posted by Douglas Wilcox at 9:45 pm No comments: