Sea lions and elephants on Islay's north coast...it's like Jura on steroids! 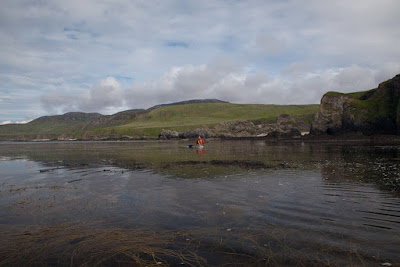 Leaving Port an t-Sruthain we continued our exploration... 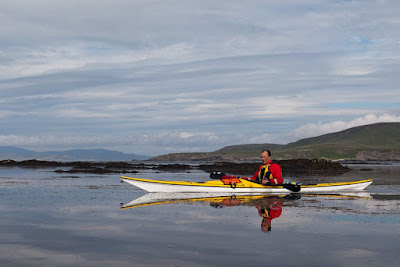 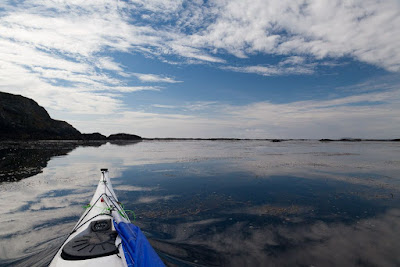 We were paddling within the shelter of the extensive reef system at the base of Rubha Bholsa. In the distance beyond the reefs, lay low lying Oronsay and Colonsay. Something wasn't quite right though. This was when the first niggle of doubt entered my head. Even at 10km away, the extensive reefs, to the SW of Oronsay, were visibly white with breaking swell. Yet at our feet, round the northern rocks of Islay, all was still calm. Despite the forecast, a swell from the south of west had got up.... 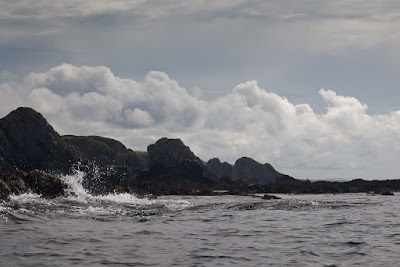 Leaving the shelter of the reefs we rounded Rubha Bholsa to see the most amazing scene. Huge headlands of rock rose up from the sea, with their precipitous sides facing inland. In profile they looked like the heads of great rocky sea lions trying to climb onto the land. One after the other they disappeared into the distance. Between each headland there were more raised beaches, caves and arches. We were lost for words and appreciated the scale of the seascape in silence. 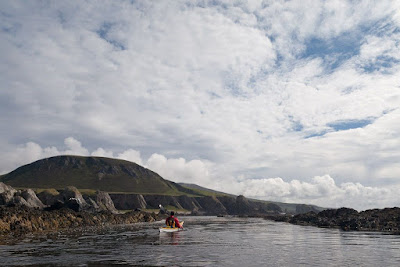 We now paddled south towards the distinctive peak of Mala Bholsa. 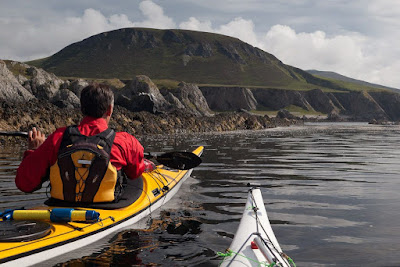 The raised beach below the hill has one of the finest collections of sea arches I have ever seen. 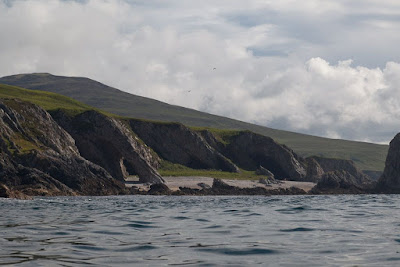 They looked like stone elephants, with their trunks extending down to the sea. All in all the north coast of Islay is like the outstanding west coast of Jura on steroids!
Posted by Douglas Wilcox at 9:01 pm 3 comments: