Carrick castle and the leading lights of Loch Goil 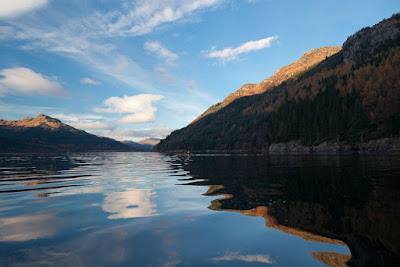 We crossed the mouth of Loch Goil...

...and arrived at the grim stone keep of Carrick castle. 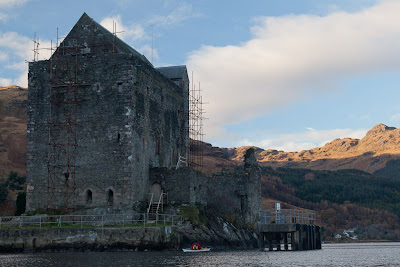 Carrick Castle was originally built in the 14th century. It is thought to be named after Robert Bruce who was Earl of Carrick (South Ayrshire) before becoming King. It was later used as a hunting lodge by King James IV. The current building is 15th century but has some 14th century features and belonged to the Campbells. It was burnt out in the late 1600's as punishment for the Campbells' part in a rebellion. 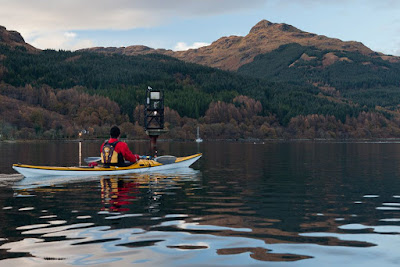 We now turned NW towards the head of the loch and passed the leading lights that guide vessels, making their way up Loch Long, into Loch Goil. 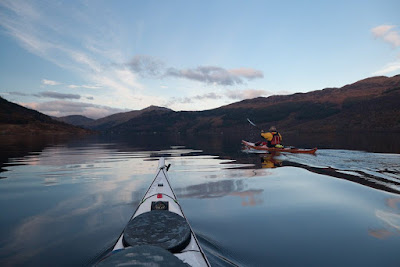 In the recesses of the narrow loch, the sun had already set and the temperature was dropping like a stone. The light in the sky and its reflection on the still waters of the loch had a magical and ethereal quality. We knew it would be soon gone and our paddle would finish in darkness.
Posted by Douglas Wilcox at 8:06 am No comments: