Putting down roots at Lageorna, Eigg. 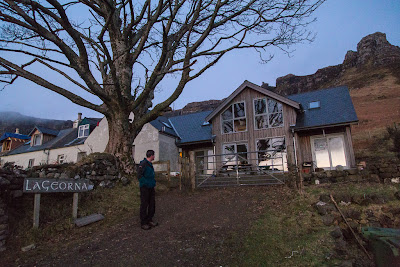 True to her word, Sue waited for us to get changed out of our kayaking gear at Glamisdale jetty and ran us in her car the 7km over the spine of Eigg to her BandB at Lageorna in the township of Cleadale on the west side of the island. 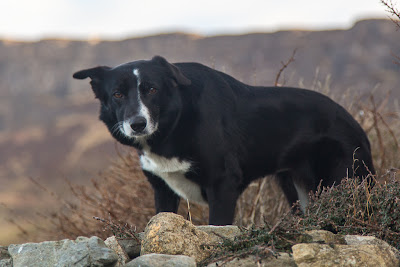 We were welcomed by Sue's lovely collie bitch. 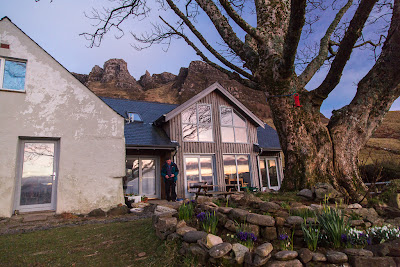 Sue told us that she was an incomer to Eigg, she had only been there for 35 years or so but Alastair her husband had been born at Lageorna. 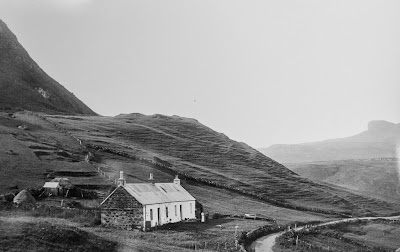 Alastair's great grandparents had owned the croft and it had been in the family ever since. 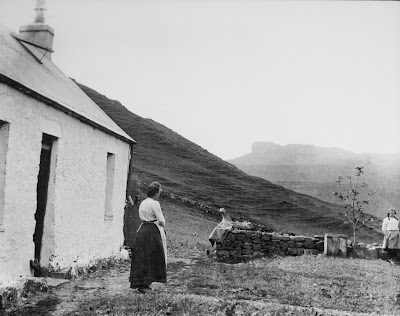 The large sycamore tree that now stands at the croft gate had been planted by his great grandmother. When we visited on 1st March there were bunches of snowdrops growing under the tree. It's nice to have roots. 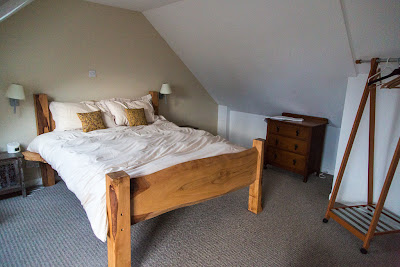 Sue showed us to our rooms, the first thing that struck me was the beautiful beds which had been made by Sandy Fraser from Ivy Cottage on Rum. We had chatted to Sandy and his wife Fliss during our visit to Rum. Fliss runs a BandB from Ivy Cottage. 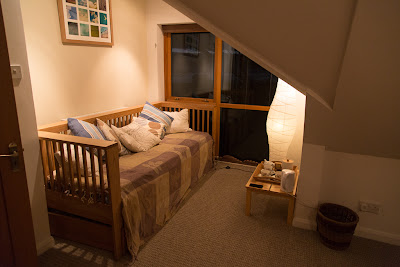 My room also had a bed settee and a window looking out to Rum which was still shrouded in fog. 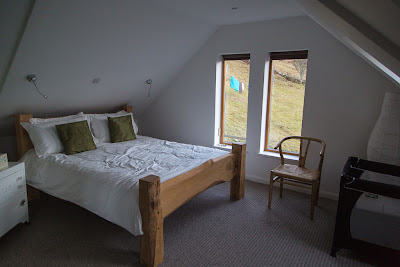 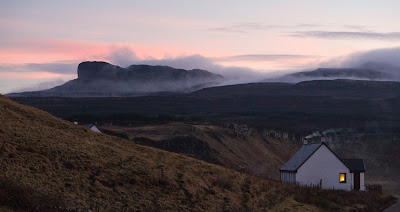 ...over to the Sgurr of Eigg which had a wisp of mist blowing round it like the peat smoke from a croft's chimney. 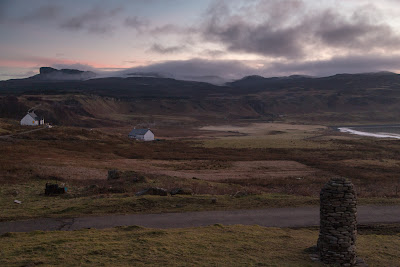 After showering Ian and I walked a little way up the Cleadale road and enjoyed the view from the war memorial. From this tiny place, 11 marched off to serve in WW1 and 3 were killed. 29 served in WW2 and 3 were killed. They fought for what was dear to them. 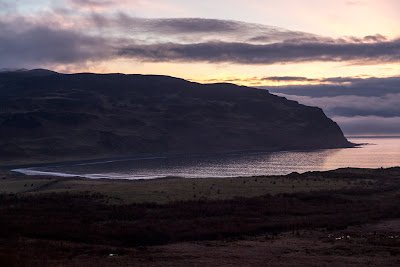 Lines of swell were still marching into the Bay of Laig and we... 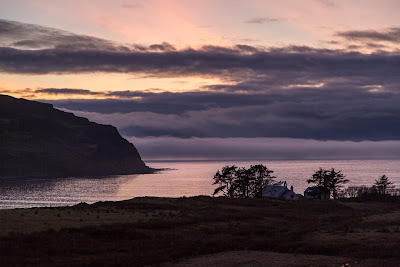 ...were glad our kayaks were safely drawn up on the jetty at Glamisdale. We had no worry about leaving them and most of our gear Eigg is far removed from the vandalism and petty crimes of the city.

As we returned to Lageorna, the mist lifted just for a moment revealing just a bit of the Cuillin of Rum. 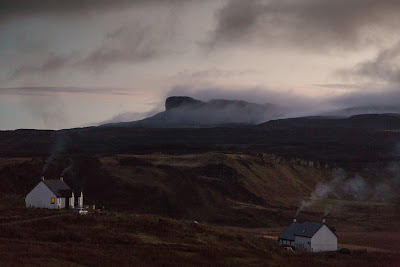 It was with some anticipation that we returned to the crofts of Cleadale with their reeks of peat smoke. 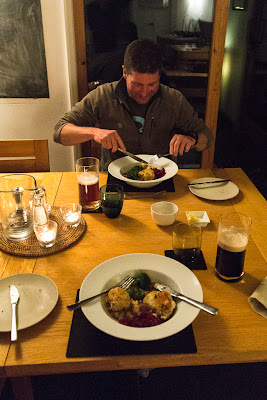 Sue has a reputation as a fine cook and we were not disappointed by the fine three course dinner she prepared. Lageorna is also open to non residents for dining. 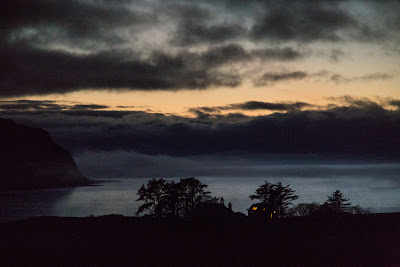 Outside the sky darkened over the Bay of Laig but... 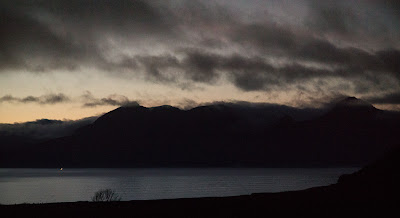 ...just for a moment, the Cuillin of Rum put in their first appearance of the day. Far below the summits a light betrayed the presence of a fishing boat working the Sound of Rum.

Ian and I so enjoyed Lageorna that we intend to return with our wives.