Sun seekers with ants in their pants keep the pot on the boil at Ailsa Craig. 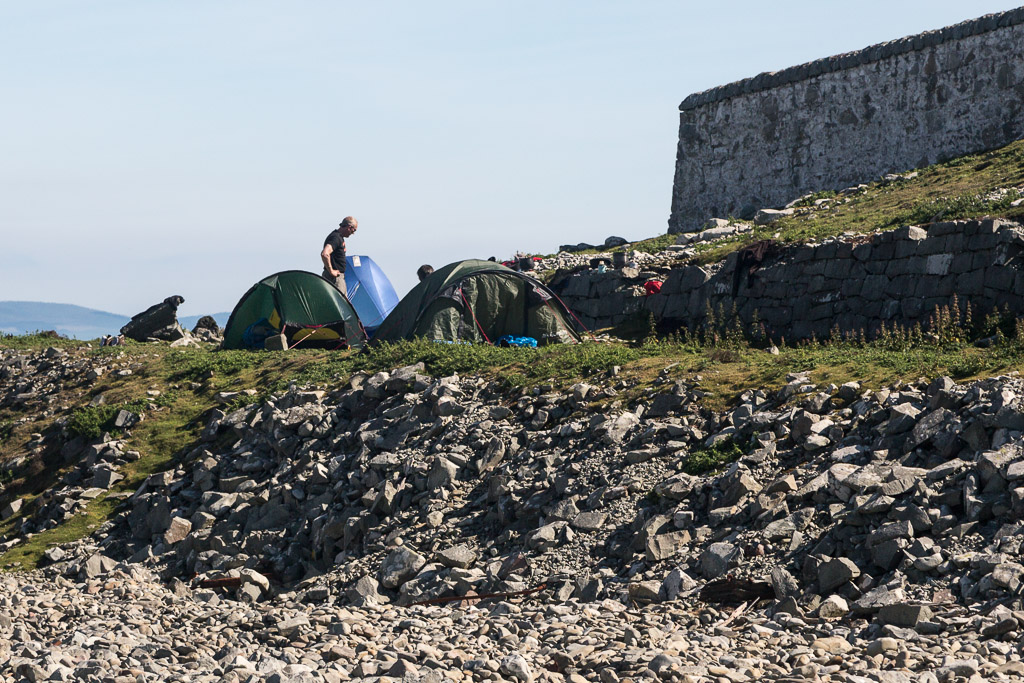 We set up camp on Ailsa Craig  on a grassy ledge next to the lighthouse wall. 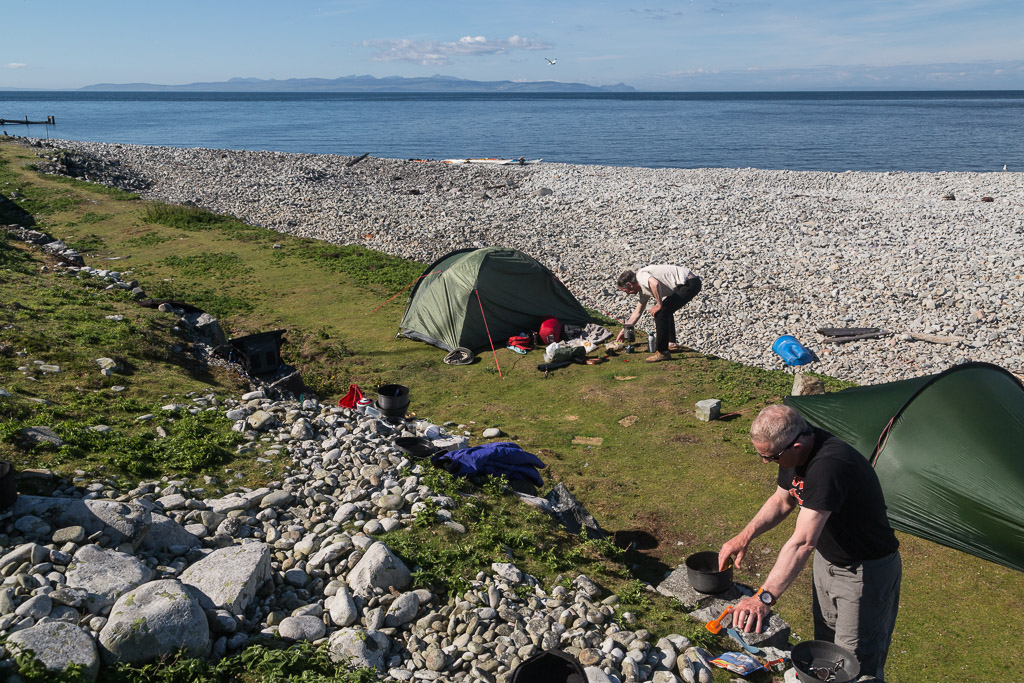 We were by now pretty hungry and soon... 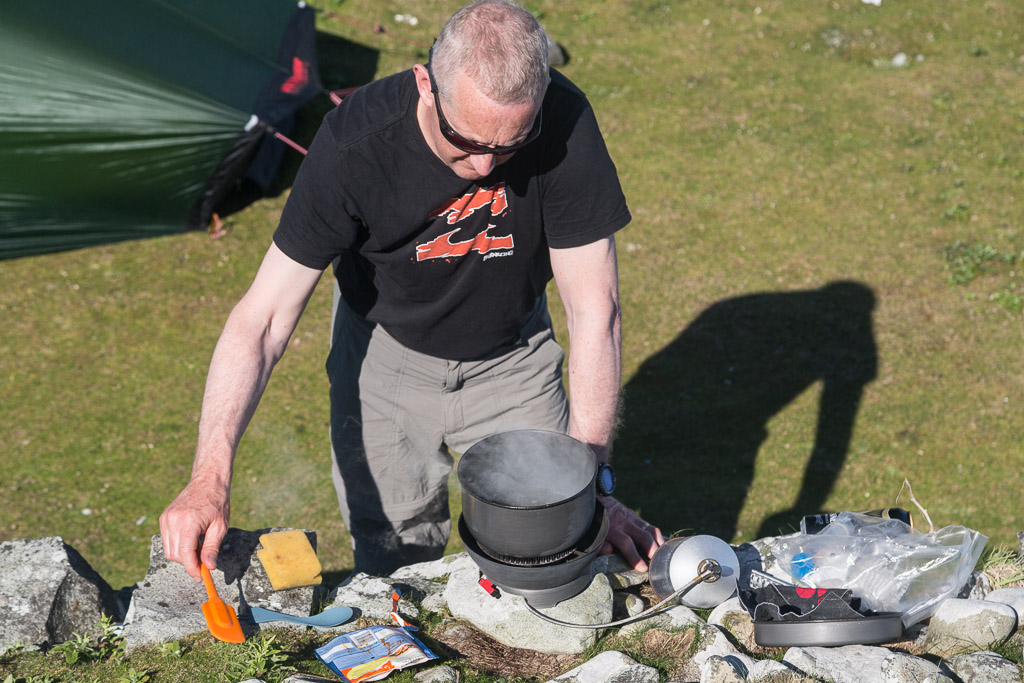 had the pot on the boil. 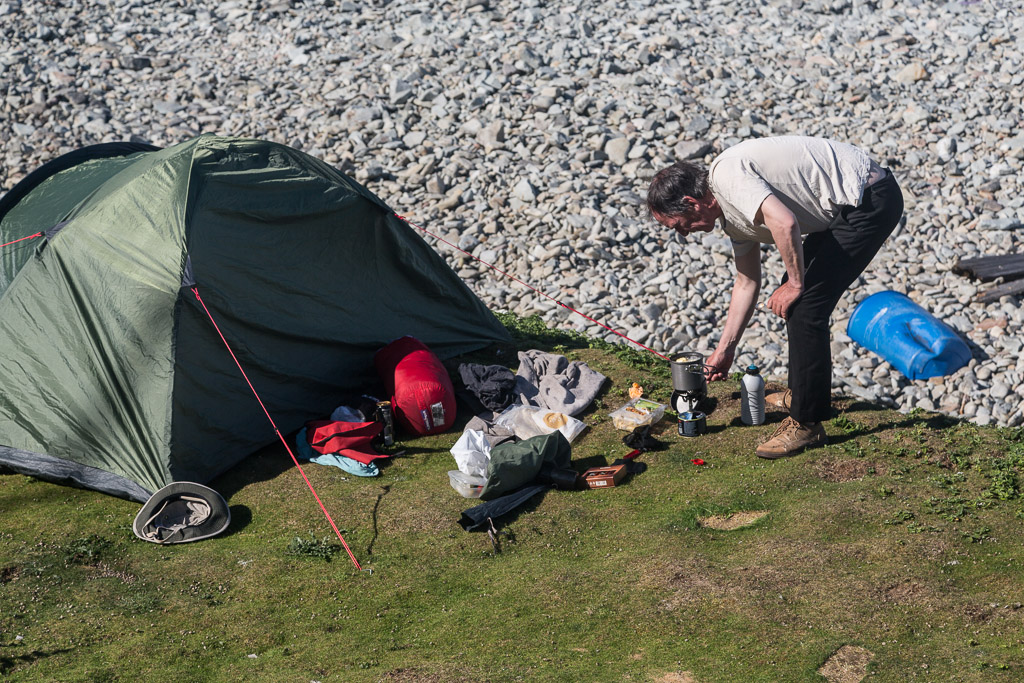 Unfortunately we discovered a number of ant's nests in the grass. Phil had been sitting cooking his dinner when all of sudden he leapt to his feet. These were biting ants and he had ants in his pants! 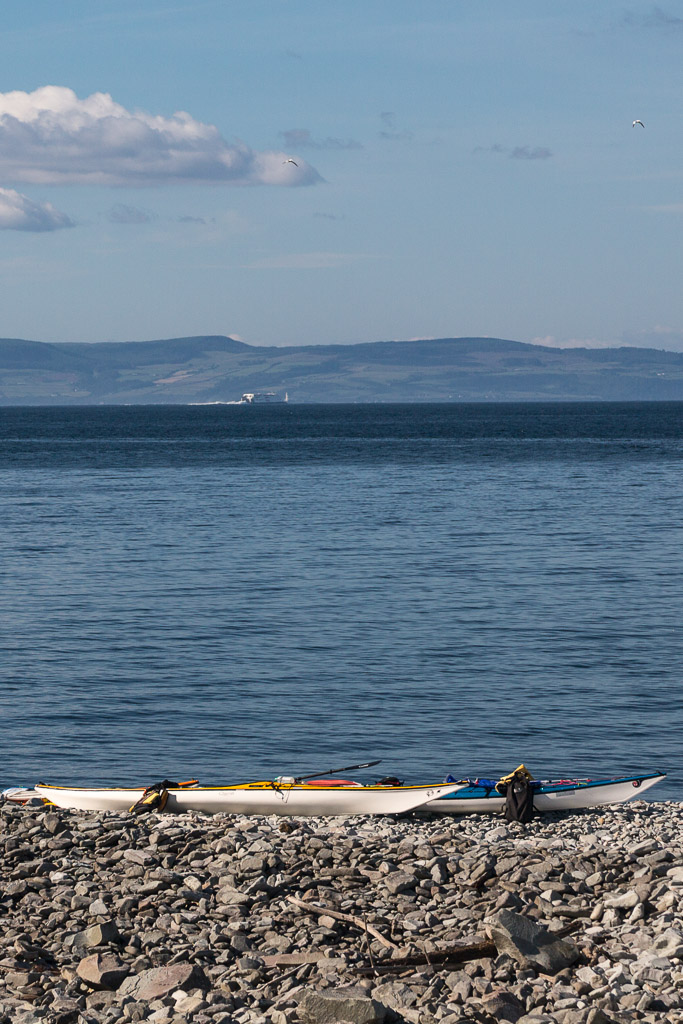 At 17:35 the 16:15 Larne to Troon (arr. 18:30) Ferry HSC Express crossed the line between Ailsa Craig lighthouse and Pladda lighthouse. It was 1 hour and 20 minutes out of Larne and was running about 5 minutes late. 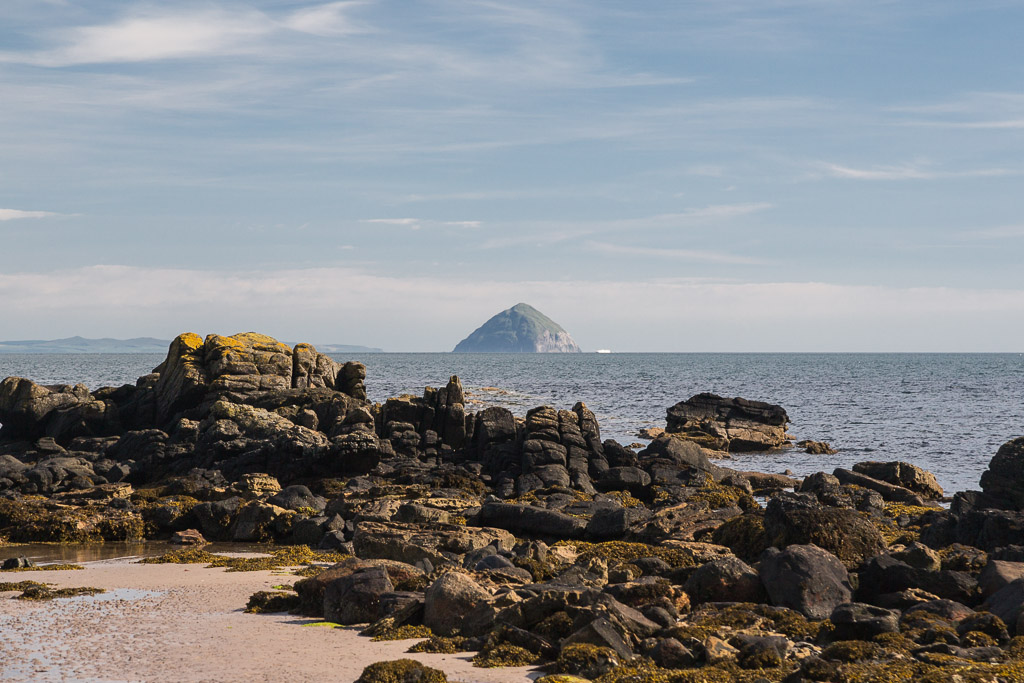 This was the view of the Express and Ailsa Craig from the south end of Arran just 24 hours before. 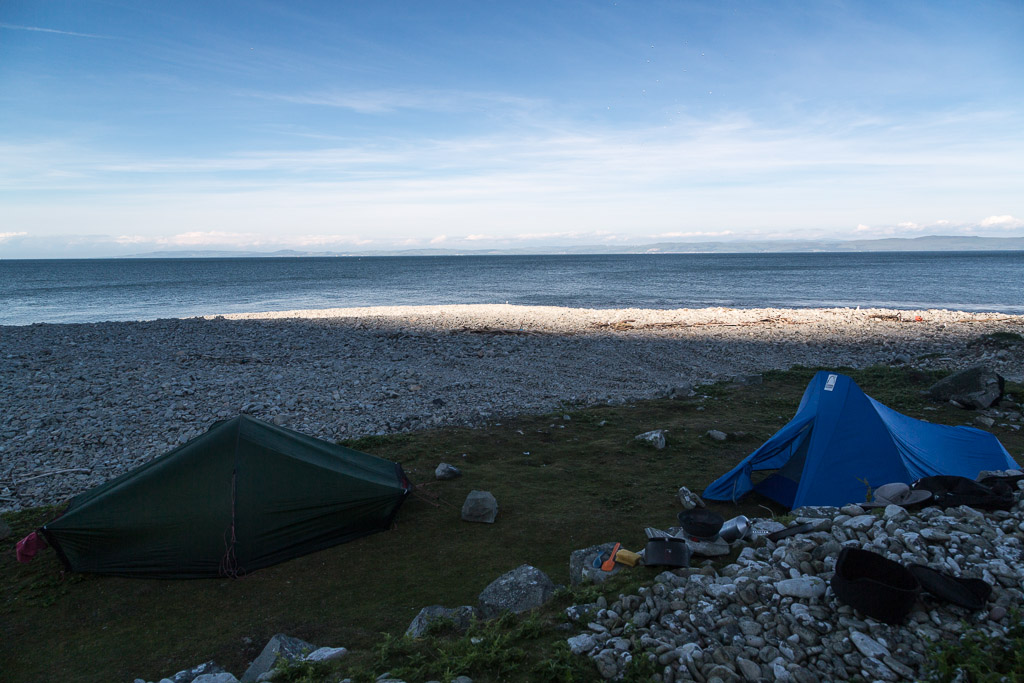