Clearing the air on the way to Ailsa Craig. 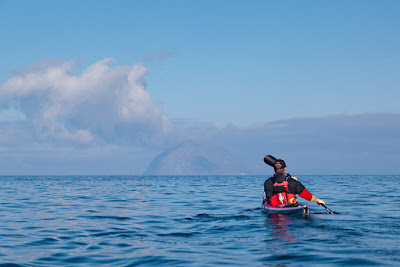 Gradually the mist cleared and Ailsa Craig emerged on the Horizon. A stream of cloud from its summit made it look as if it was still an active volcano.

It takes a long time for the rock to get much bigger. 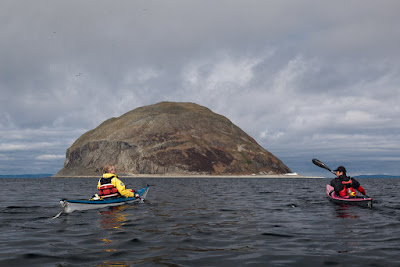 A light NW breeze got up and  brought some low clouds across the sky but at sea level the air became extraordinarily clear. We picked out the castle, which is about 1/3 of the way up to the summit from the shore. Gradually we became aware of the enormous number of gannets that were in the air round the rock. 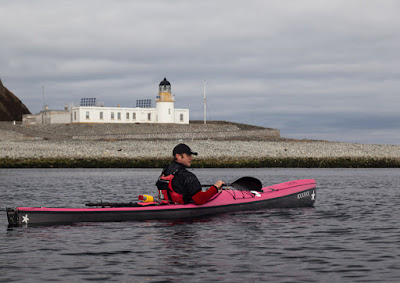 We landed below the lighthouse... 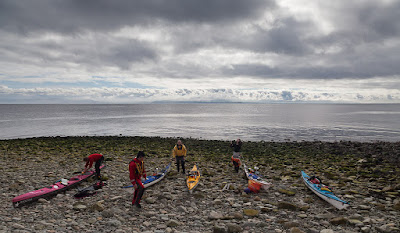 ...where the slimy green boulders are notorious for slipping on. When I first came here after my knee operation last year, Phil helped me out the kayak and I sat down on the green boulders to eat my lunch. This time, I not only negotiated the boulders but I decided I would try to make it to the castle, with the aid of my walking poles. 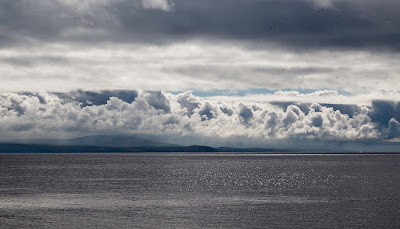 Looking back to the distant Ayrshire coast we saw heavy showers lashing the hills. Hundreds of gannets were wheeling in the sky.
Posted by Douglas Wilcox at 7:00 am 2 comments: