And pretty maids all in a row. 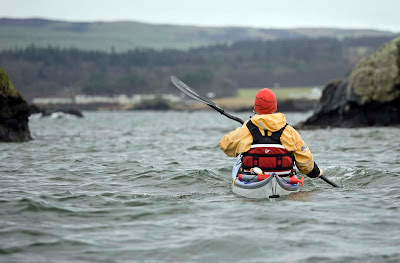 "With silver bells, and cockle shells,
And pretty maids all in a row."

Leaving the ancient stones of Turnberry Castle we made our way north past a series of rocky skerries called the Maidens. They were the ruin of many ships but also gave shelter if the sailors had sufficient local knowledge. In later years a sea wall was built that linked a series of the Maidens and a bell was hung at its end. It was rung to guide returning sailors to the safety of Maidens harbour. 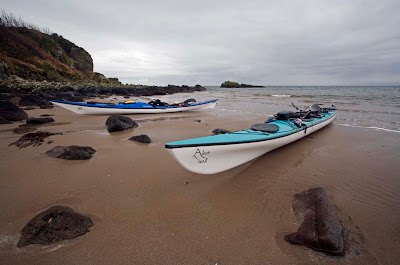 We stopped at the delightful little cove called Carrick Bay which nestles in between the cliffs at the south end of Culzean estate. The sands of these bays are rich with cockles, scallops and Norwegian prawns many of which find their way to the restaurant tables in Spain.
20/01/2008
Posted by Douglas Wilcox at 8:08 pm 2 comments: