Between a rock and a hard place at Glensanda. All too soon we had to leave the oasis of Kingairloch... 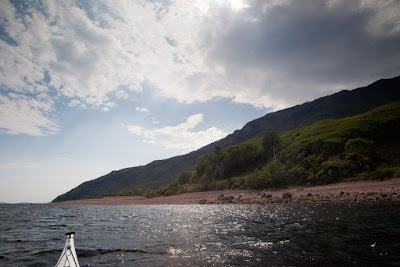 ...and continue our exploration of the  Morvern coast. 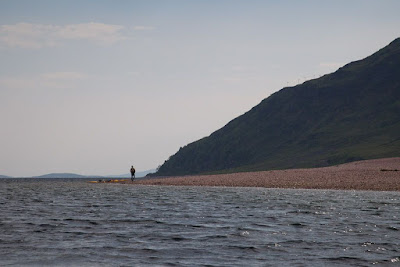 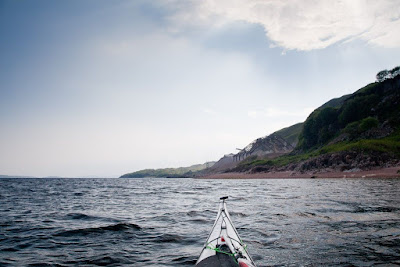 After some time, we became aware of a curious noise, a bit like waves sucking shingle down a beach, but more sustained and more artificial. 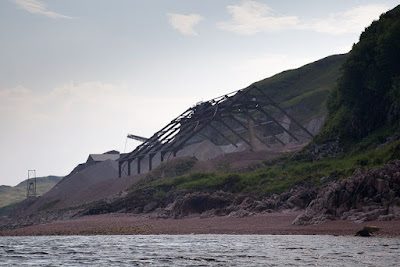 We had found the Glensanda super quarry, the biggest in Europe. The noise we had heard was graded rock falling in continuous streams from shutes emerging from the mountain. 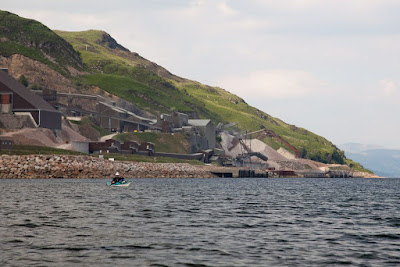 A whole granite mountain is being removed and the crushed rock transferred through tunnels to the shore, where it is graded before being loaded onto huge ships at the deep water terminal. There is no road access to Glensanda, everything goes in and out by sea. Few people have seen it or even know it's there, which is possibly why it slipped under the radar of environmental groups. 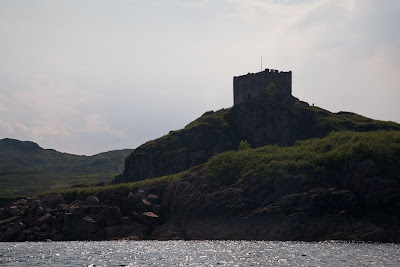 Standing on its lonely rock at the foot of a shrinking mountain, we came across Glensanda Castle. It was built in the late fifteenth century by the MacLeans. We are certainly leaving more of a mark on the landscape than our ancestors. 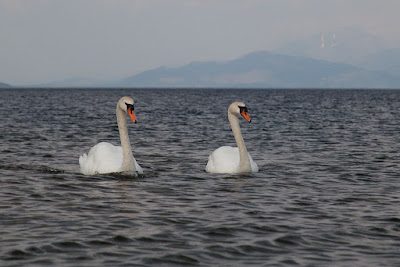 However, these two swans seemed oblivious to the quarry and we soon left both it and them in our wakes.
Posted by Douglas Wilcox at 10:43 pm No comments: