It's behind you, on the Clyde 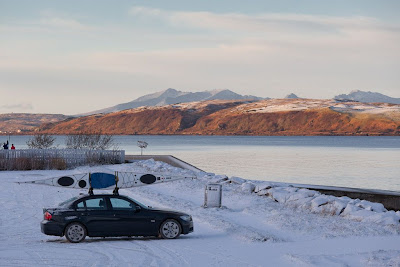 In Scotland the snow tends to arrive with the Pantomime season.  It was quite cold when Tony, Alan and I arrived at Largs marina on the Firth of Clyde. I didn't dare take the short road over the hills, I took the long way round by Kilmarnock, Irvine and Ardrossan. In the distance, the mountains of Arran rose above Great Cumbrae island. 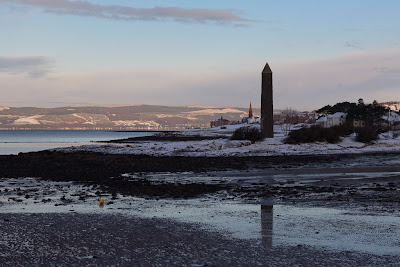 The "pencil" celebrates the Battle of Largs in 1263. This conflict was between the Vikings and the Scots. The outcome was not clear cut but ultimately led to the withdrawal of the Vikings from Scotland. 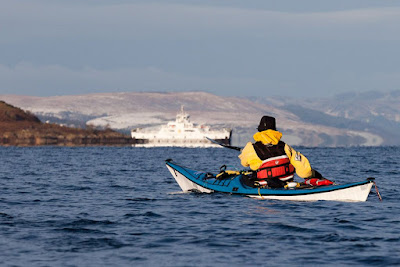 We warmed up once on the water. We didn't cross the path of the MV Loch Shira ferry, as it steams back and forth across the channel to Great Cumbrae quite a bit faster than... 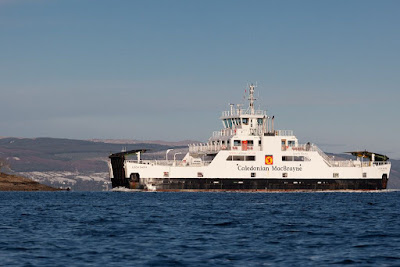 ...we could paddle. She was built at the Ferguson yard just up the Clyde at Port Glasgow and entered service in 2007. As it was early there were few passengers the ferry had a fast turn around... 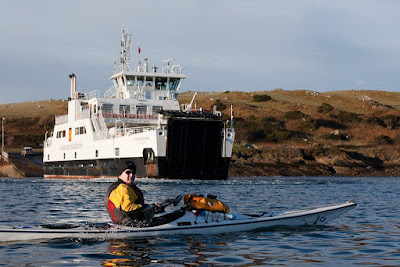 ...err, Alan, perhaps you should be looking the other way. As they say in all the best pantos, "It's behind you!"
Posted by Douglas Wilcox at 7:00 am No comments: