An icy start at Loch Feochan. 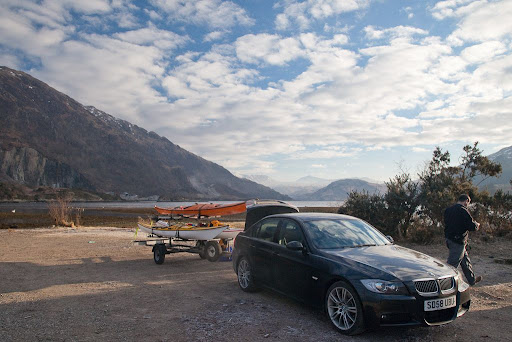 Back at the beginning of March, we took the long road north for another adventure. We left one car at Taynuilt on the southern shore of Loch Etive. 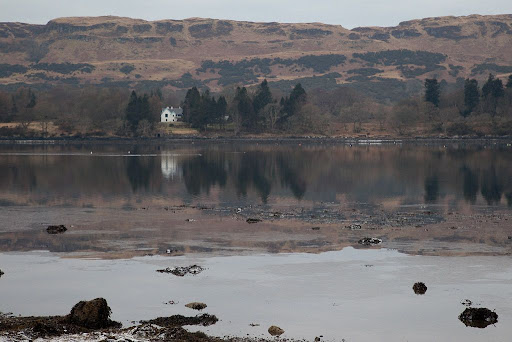 We then drove 32 km SW to the southern shore of Loch Feochan. The top 3km of the loch was frozen so we had to launch on the sea sea side of the inner narrows. Our plan was to paddle out into the Firth of Lorn then NE by Oban before entering Loch Etive and back to the shuttle car. You do need to get the tides right for this one, as at certain states of the tide, the ebb flows out of Loch Etive over a rock lip known as the Falls of Lora. 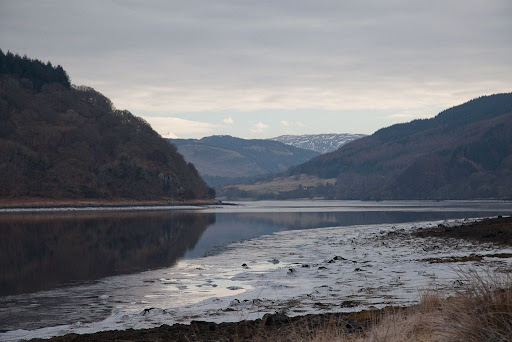 From the layby we could see clearer weather to the north and the snow on the distictive peak of Ben Cruachan (1126m) was glinting in the sun. It rises above Taynuilt on the southern shore of Loch Etive. 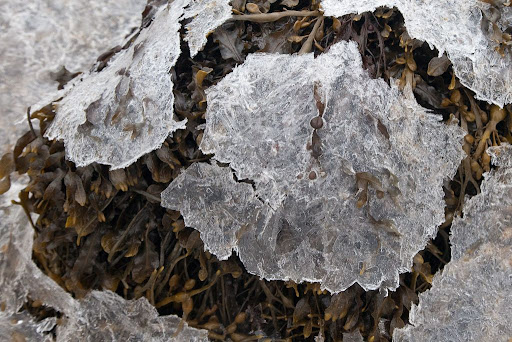 Back at Lock Feochan, even the seaweed was hiding under a crust of ice. 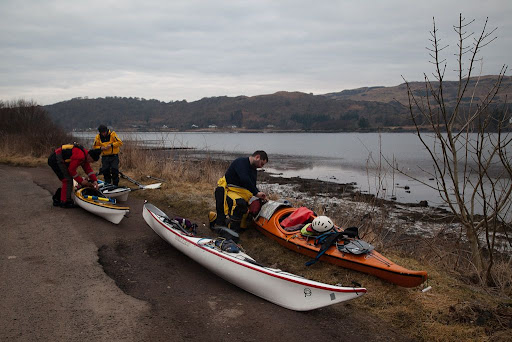 Phill, Jim B and Jim W joined me in preparing the kayaks. 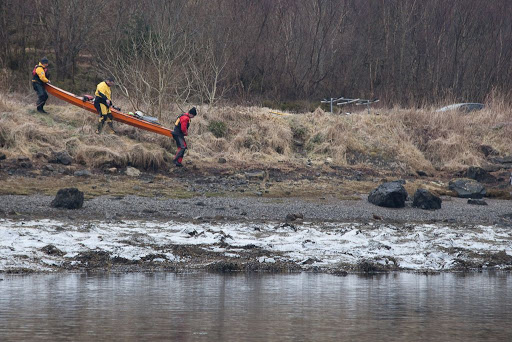 True gentlemen, they carried my kayak and launched me first as I hobbled down the shore on crutches, trying to avoid ice patches. It's great to have good friends! It is so sad, but this was to be the start of our last adventure with Jim B.
Posted by Douglas Wilcox at 2:10 pm 4 comments: