Another evening by the Corryvreckan. 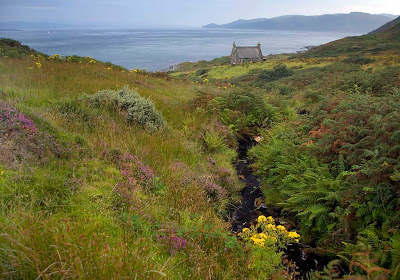 On our trip through the Corryvreckan we set up camp on the wild isle of Scarba. Its rough crags tumble straight into restless waters of the tidal gulf below. After setting up camp, we trekked into the hills by following the valley of this little burn. 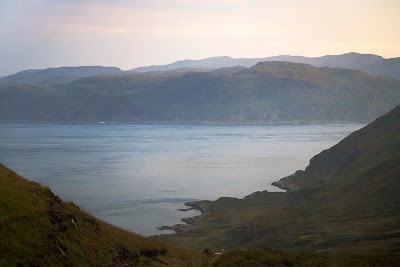 Even from the heights we could hear the roar of the east going tide. 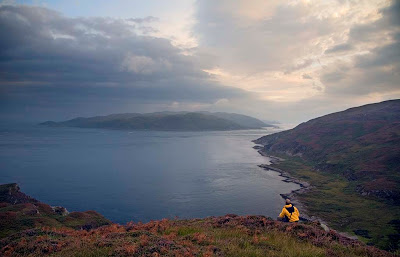 We contoured along the edge of some cliffs until we could see right through the Gulf of Corryvreckan to the Atlantic beyond. 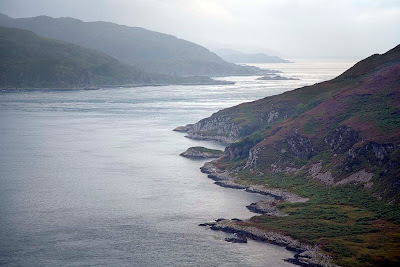 One by one, the grey hills and ridges of Jura receded until they were lost in the distant mists of the horizon. We looked down on the waters of the Corryvreckan by which we had come. These are what pull us back here, time after time. This is world class sea kayaking, it's on our doorstep and we had it to ourselves. 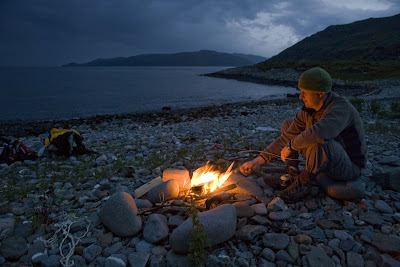 It was twilight by the time we made our way through tick infested brascken back to the shore and got the fire going. A sleeping seal snored, coughed and grunted in the bay. The fire crackled and sparked in the cool breeze. Some Guinness and Isle of Jura malt whisky saw the night steal around us as we recounted this year's fantastic adventures and plotted those yet to come....

I am grateful to Rebecca from My Kayaking Buddies blog for linking to this post and being inspired to write her own piece on thewonderful Corryvreckan.