The fossil tree of Quinish, Mull 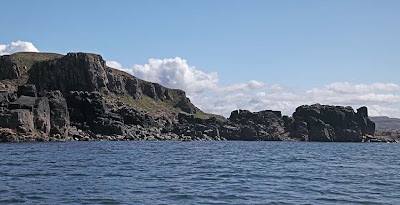 The rough black basalt rocks of the Quinish peninsula on the north coast of Mull make for a rough landing. 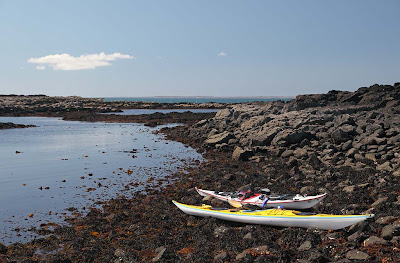 Fortunately we found a south facing cove protected by a reef. However the boulders were not just ankle breaking, they were knee breaking! 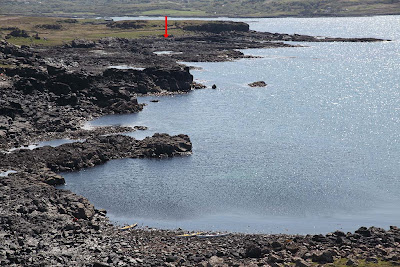 Looking south from Dun Ban to Dun Leathan on the shores of Loch Chumain, the red arrow points to the site (NM 40875,56026 ) of the Quinish fossil tree whose great trunk of basalt is lying just below the high water mark. It was discovered in 1984 by Peter MacNab. It is much less known than McCulloch's Fossil tree on Mull's Wilderness coast about which, I have posted previously. 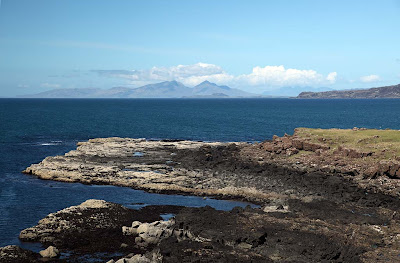 From the top of Dun Ban, a natural defensive position, there was a fantastic view north to the Cuillin of Rum and Skye and Ardnamurchan Point.