The lost puffins and last sea eagle of Ailsa Craig 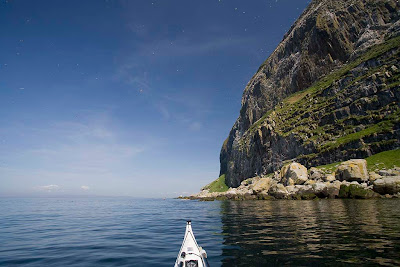 As we continued round Ailsa Craig from the main gannet colonies, we came across some places where banks of grass grew on great heaps of rocks that had long ago broken free from the heights above. 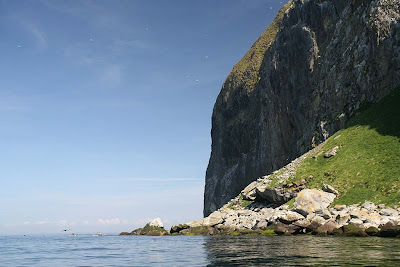 At one time, 250,000 pairs of puffins bred here but they were exterminated by rats. 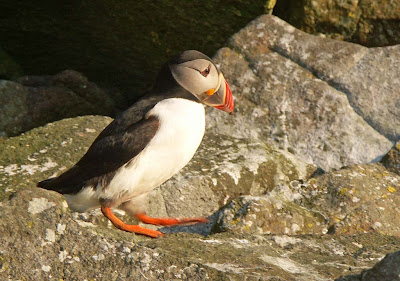 The rats were exterminated in the 1990 by poison and the puffins have now returned. In May 2008 we saw several hundred. Two years earlier we had seen only five! 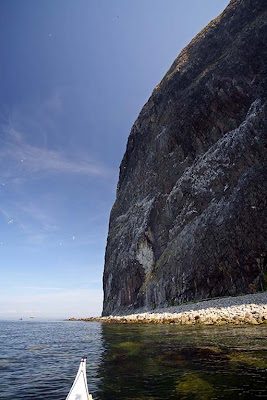 Once past the puffin colony, we approach the brooding mass of Bare Stack. It was these still bare contours that took the brunt of the glacier which at one time scoured the Firth of Clyde. The spring air chilled as we enterd the shade of these heights. 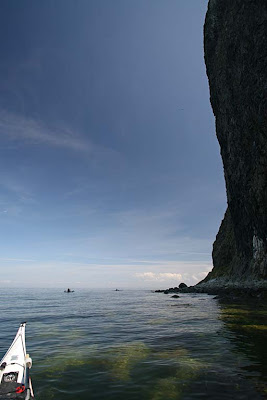 High on the great overhanging cliff is a small ledge called the Eagle's Seat. The last breeding sea eagle was shot on Ailsa Craig in 1881. It measured seven feet from wing tip to wing tip and was displayed in Culzean Castle for many years. This year we saw sea eagles on Islay and the Mull of Kintyre.

One can only hope that like the puffins, they too will return to the rocky fastnesses of Ailsa.