Sea kayaking Stac Lee and the great cave of Boreray 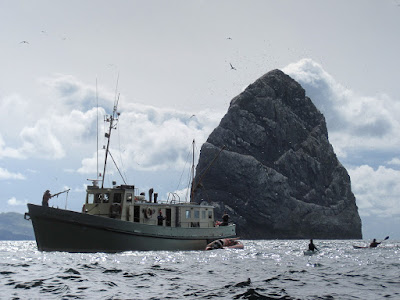 As we paddled under the amazing cliffs of Stac Lee, Simon took station on the bows of the Cuma to film the proceedings. 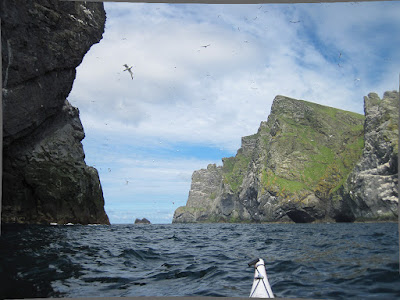 Stac Lee is the second biggest stac in the British Isles and it blotted out much of the sky as we approached its base. As we slowly paddled beneath it we caught sight of the two great caves of Boreray ahead of us... 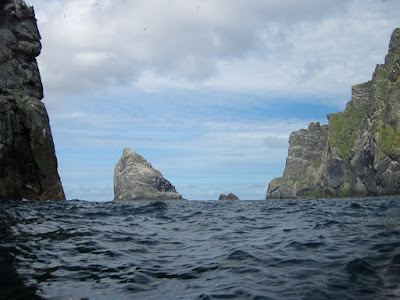 ...and a little further round the largest stac, the great rock fin of Stac an Armin rose from the sea like a menacing giant shark! 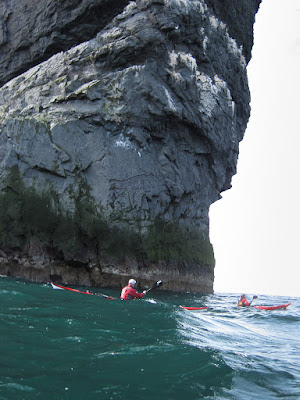 It was not just our sight that was being overloaded by the sensational environment at the base of Stac Lee. We were deafened by the constant croaking of thousands of gannets, the smell of their guano overwhelmed our noses and even took our breath away. 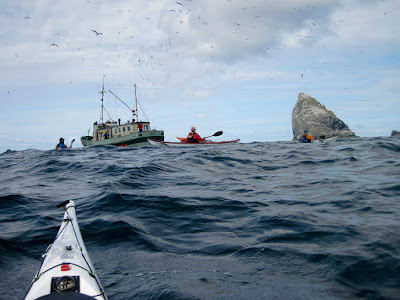 A combination of looking up at the thousands of gannets wheeling in the air above, a heaving swell and the smell of the guano meant that we needed to be careful to hang on to our luncheons. Some gannets were not so lucky. Marauding bonxies chased them till they vomited their catch. The bonxies then fought over the partially digested fish. 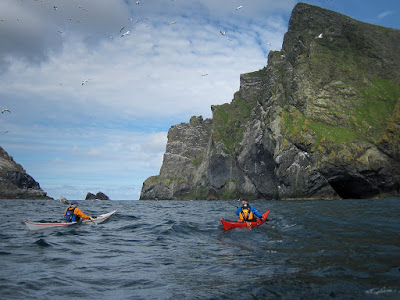 We now paddled towards the northernmost of the pair of great caves on Boreray. 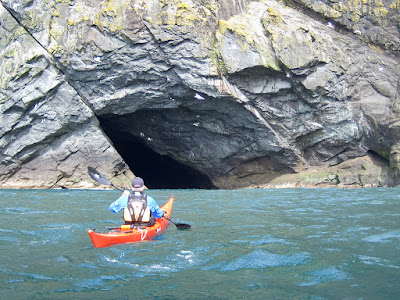 Gordon went in first. He wanted to see if it would be possible to paddle through a narrow slot at the back of the cave and emerge from another entrance several hundred metres further north. It was and he did but no one else felt up for this aqueous roller coaster in the dark! 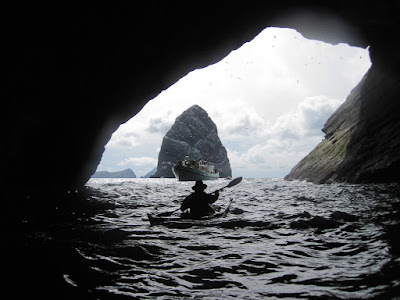 There was room for all of us in the cave. There was a boulder beach at the back but it was much too rough to land. What a viewpoint the inside of the cave made. Stac Lee was perfectly framed by the arching roof of the cave. 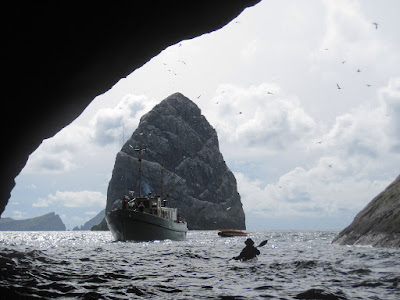 The Cuma nosed in so that Simon could film us emerging from the darkness of the cave for the DVD he is making. When we emerged we discovered that the wind had got up and was now whistling round the cliffs. It looked like the rest of our Boreray paddle would be even more exciting!
Posted by Douglas Wilcox at 7:00 am No comments: