Made in Scotland from girders and glaciers. 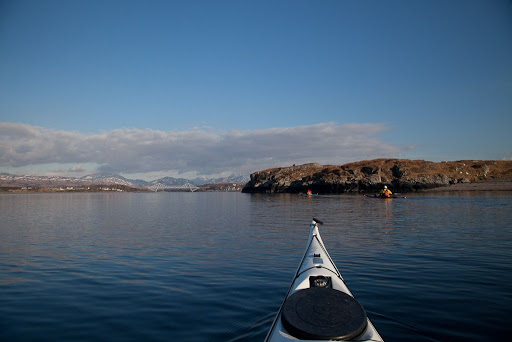 We now entered the outer part of Loch Etive. The loch stretches away for 30km into the mountains, where it becomes the most fjord like of the Scottish sea lochs. It was cut by a massive glacier that gouged a U shaped trench through the mountains and was flooded by the sea when the glacier melted. 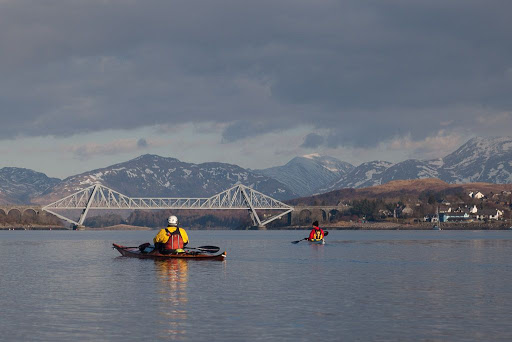 At the Connel narrows the view is dominated by the Connel bridge. It was built in 1903 to take the railway from Oban to Ballachuilish and its slate quarries. 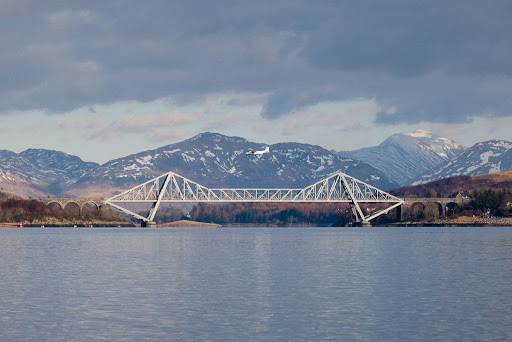 In 1914 a roadway was added, which allowed vehicles to cross when no trains were on the line. The railway was closed in 1966 and since then it has been used only for road traffic. A one way system controlled by traffic lights is required as the bridge is not wide enough for two lanes. When it was built in 1903, no one could have expected the explosion in road traffic, even in this relatively remote part of Scotland.

As we approached the bridge it looked as if a light plane was going to try and land on it, but it was on its final approach to the small airfield just north of the bridge. 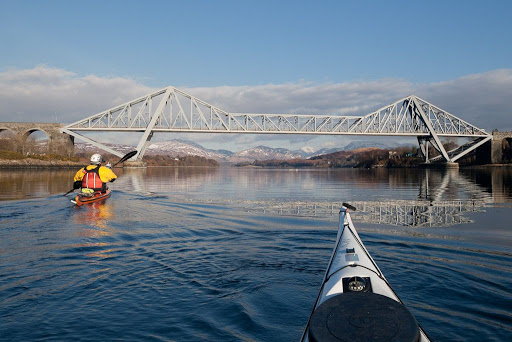 The Connel narrows formed where the glacier met the warmer sea and melted. As a result the narrows are very shallow and if the sea level was only a few feet lower, Loch Etive would have been a fresh water loch like Loch Lomond, Loch Shiel and Loch Morar. 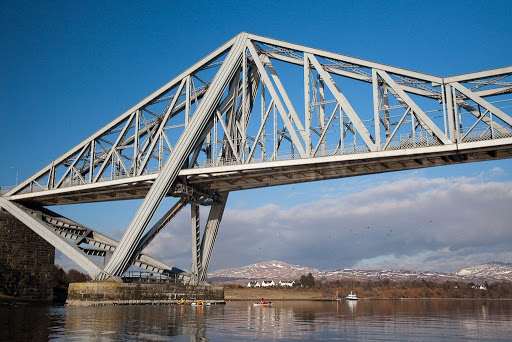 The bridge is of cantilever construction and like irn bru was made in Scotland from girders, not to be drunk but to last! 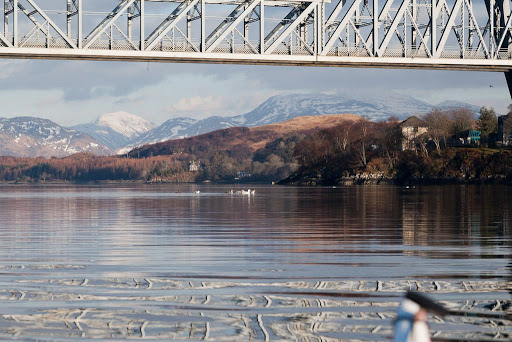 We drifted under the bridge just an hour before HW slack and there was hardly a ripple to disturb the surface. However, there is a shallow sill, just below the ducks, over which the spring ebb tide pours as the Falls of Lora. A series of standing waves creates a very testing playground for play boaters. Tony Hammock of Seafreedomkayak has produced an excellent guide to kayaking the Falls of Lora.
Posted by Douglas Wilcox at 9:06 pm 3 comments: