The bare bones of the Earth exposed in Slouchnamorroch Bay 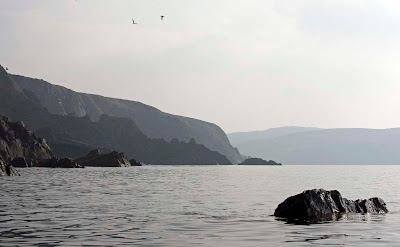 Rounding Cairnywellan Head we came across the most amazing coast of indented coves and jagged headlands. We entered a small cove just to the north of Slouchnamorroch Bay. Just for a moment, dwell on what sort of a landscape gives rise to such an original name as Slouchnamorroch! There are only a couple of references to it in Google and one of these is this site! Let me now introduce you to this corner where land and sea meet. 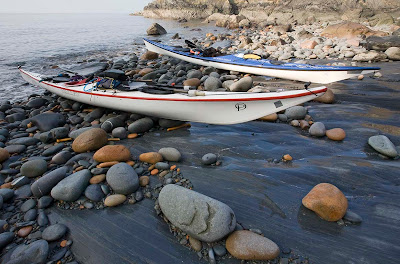 We drew our kayaks up onto a beach of bare bedrock. 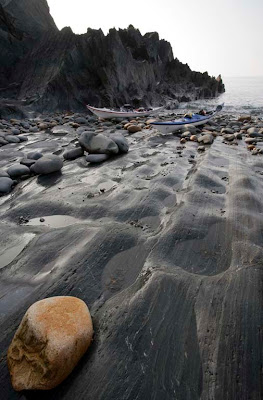 There were boulders scattered about on the rock and you could see where they had worn hollows in the rock. One can only imagine the bedlam here on a stormy night when wild waves drive these boulders about the beach like some crazy pinball machine. 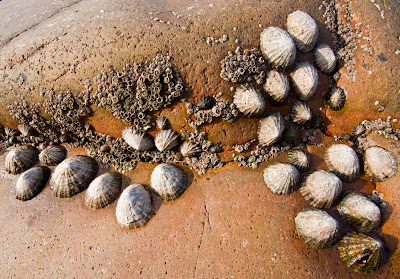 The beach was mostly bare of sea weeds and shellfish, but here and there a few barnacles and limpets survived in protected hollows and crevices. 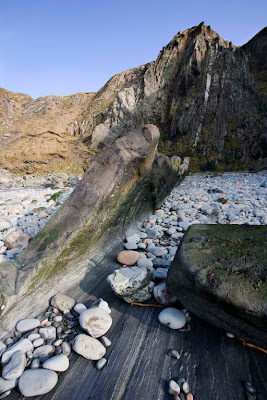 A dyke rose boldly in the middle of the beach and marched its way inland to rise to the sky in the cliffs behind. 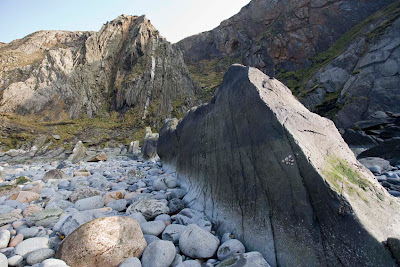 One can only imagine the cataclysmic forces that have created this place and yet we had it all to ourselves. We did not even need to get up particularly early, we left the house at 8am!