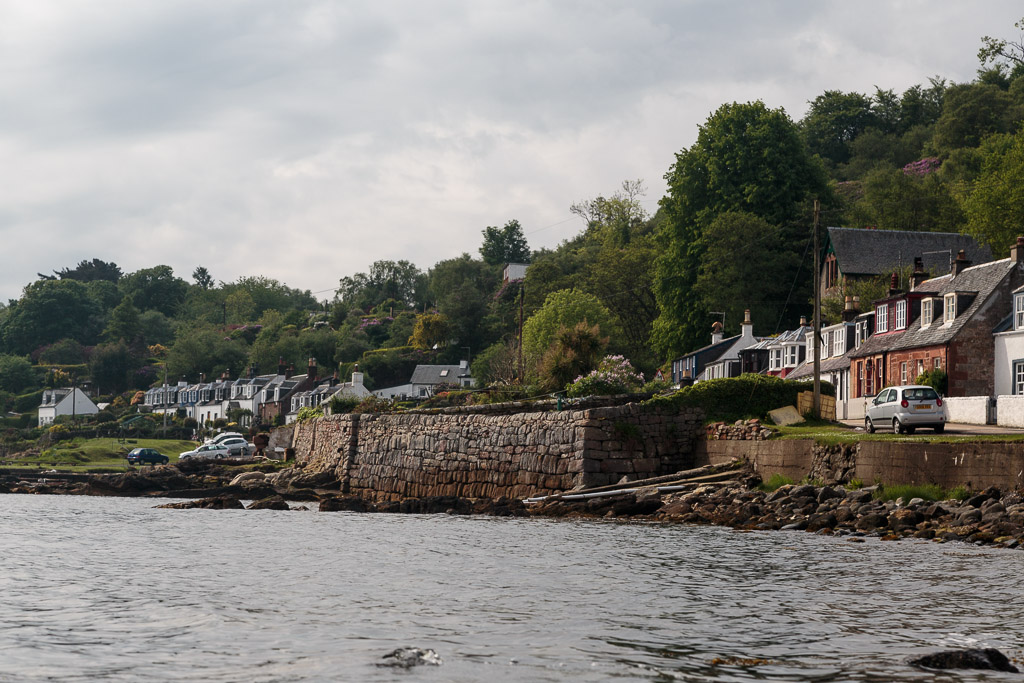 From the wilds of Sannox on NE coast of Arran we came to the little village of Corrie. For such a small place... 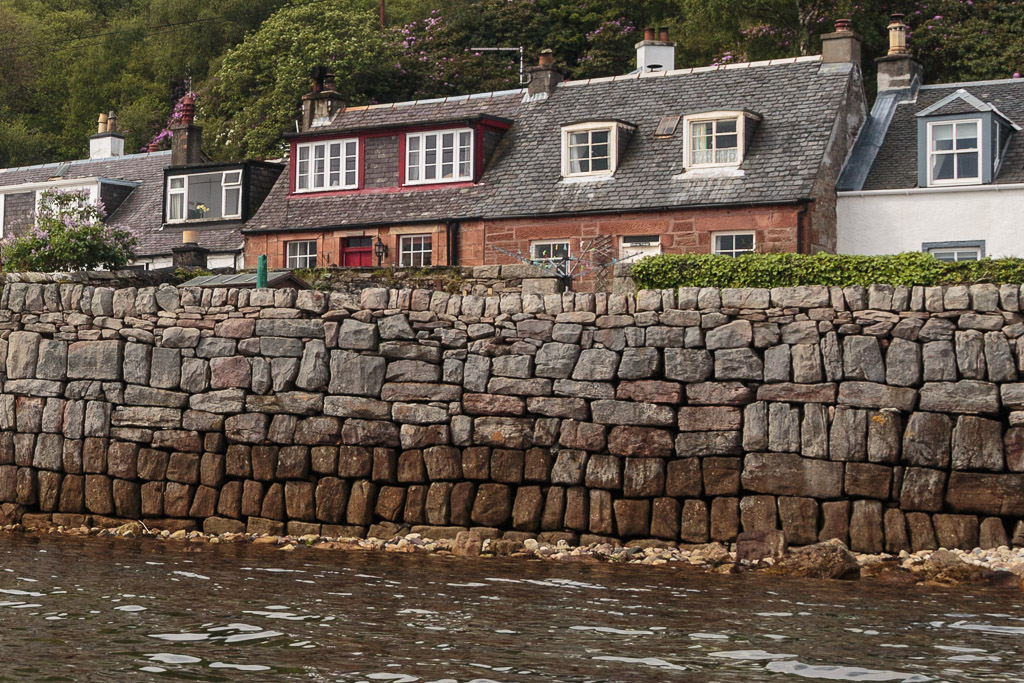 ...it has a surprising three harbours. This old sea wall survived the severe storms of last winter almost unscathed but some of the more recent walls were not so well built and suffered badly in the storms last winter. 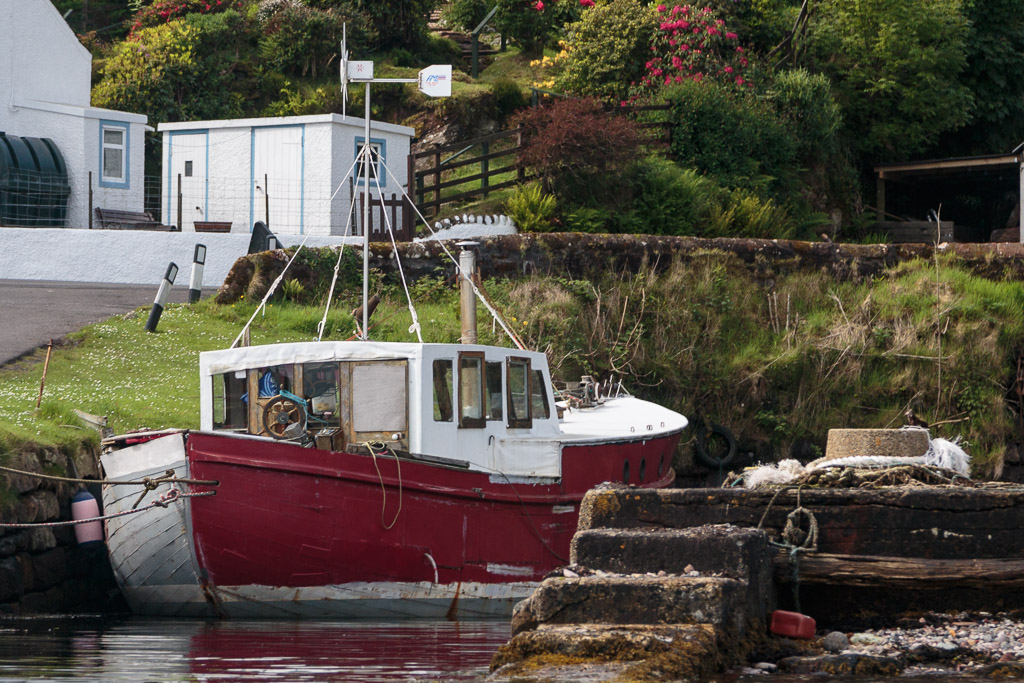 This old fishing boat is now a house boat in one of the harbours.. She has seen better days. 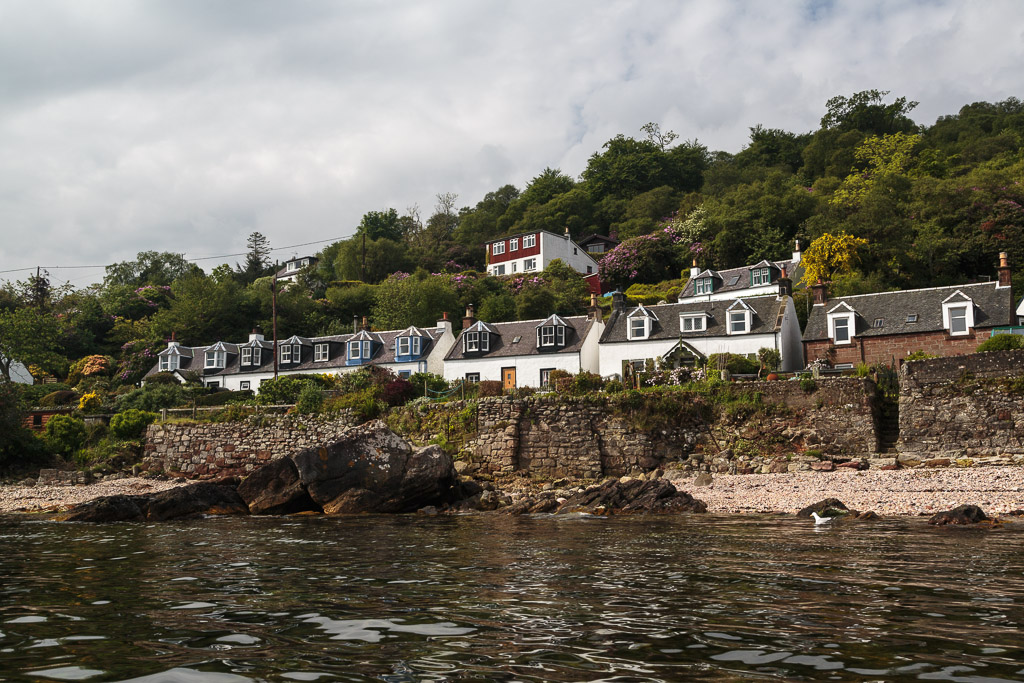 Towards the south end of the village you are (almost) guaranteed to see a seal. 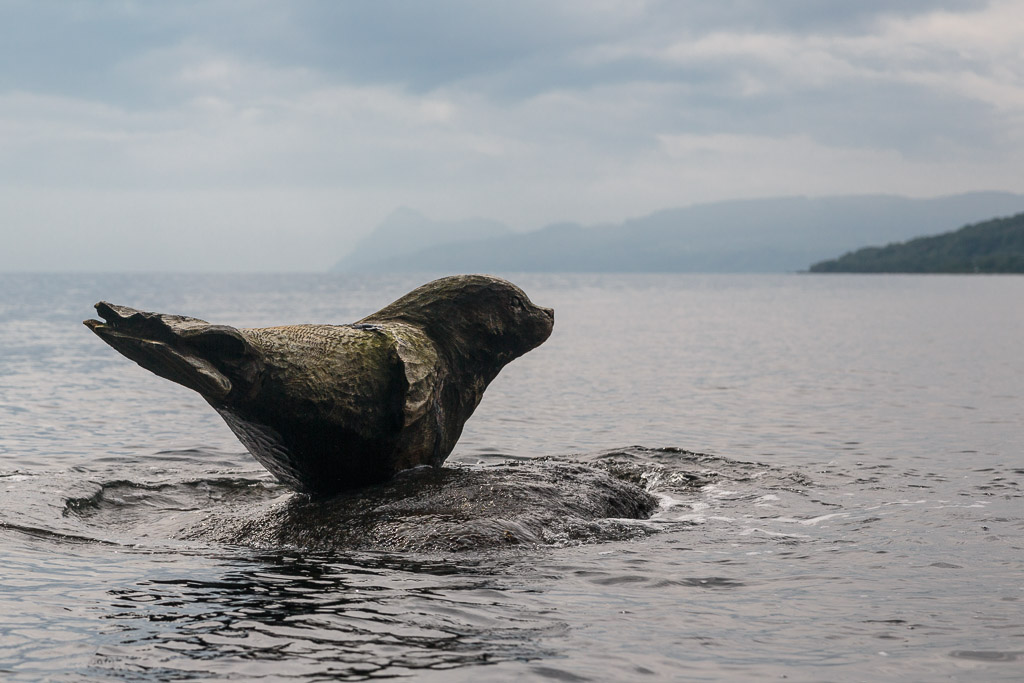 This wooden seal is usually fixed to a rock just offshore. It was carved by Marvin Elliot who lives and works in the village. During the last winter there was great consternation in Corrie. Visitors to the village were no longer guaranteed a seal sighting. The Corrie seal was carried away by the winter storms but was rescued by a couple who found it on Turnberry beach some 52 kilometres away to the SE. Fortunately for Corrie. The finders appear not to have had a wood burning stove. 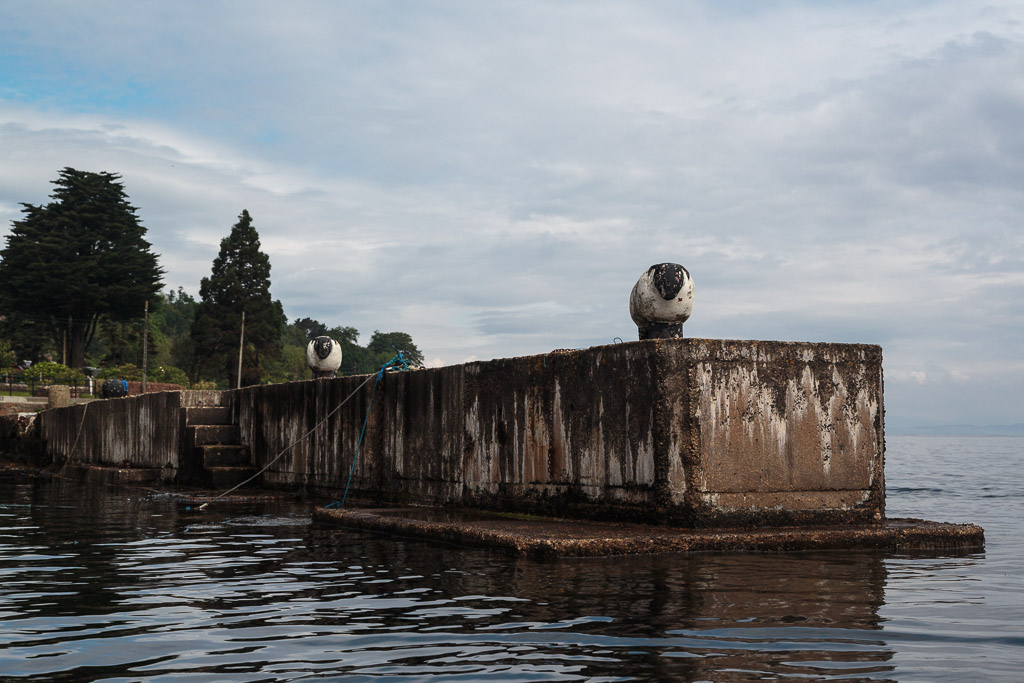 The southern harbour of Corrie has three sheep for bollards. 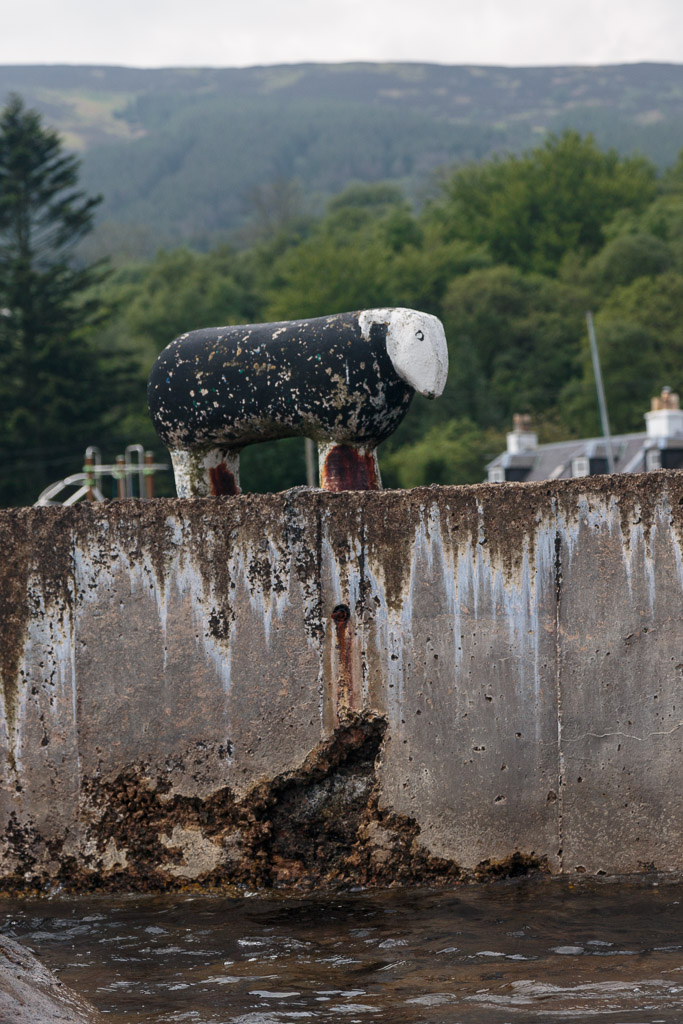 The one at the north end is black and has turned its back on the other two....

We spent some time drifting in the calm off Corrie. As we enjoyed a hazy view of Holy Island we reflected on the last few days of exploration and companionship and realised that our trip would soon be over.
Posted by Douglas Wilcox at 3:13 pm No comments: