The point of no return, Rubha an Leacan to Gob an Rubha Dhuibh, Oa, Islay 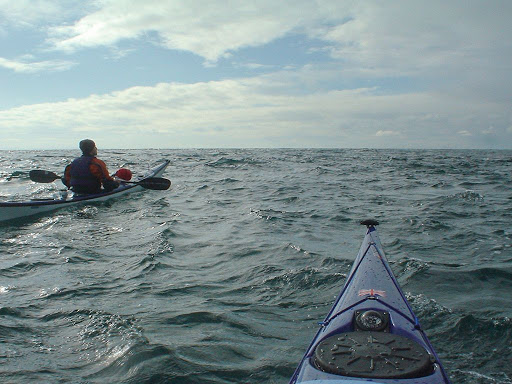 As we approached Rhuba nan Leacan at the SE corner of the Mull of Oa it was 11:19 and should have been slack water as the NW flow was not due to start until HW Dover i.e. 11:31. However, the flood was already established and we had to quickly decide whether to commit to rounding the Oa. I had to put my camera away as the point was pretty rough. The water was being squeezed through a gap between the headland and a reef and the water level was about two feet different on either side. We slid down the slope and wetted our faces in a series of standing waves beyond. There would be no return! 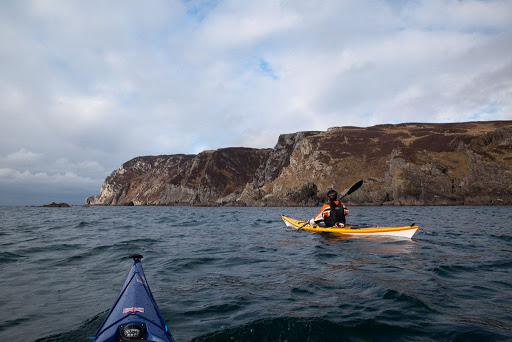 However, the action did not last long and in the bay beyond, there was only a gentle current. 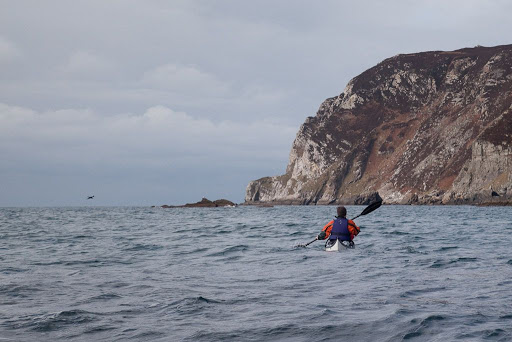 We felt very isolated below the great cliffs of the Beinn Mhor which became higher and bolder with each paddle stroke. 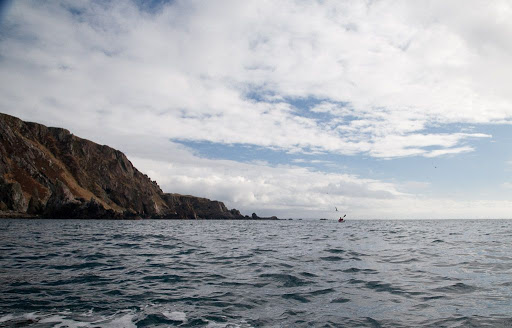 Looking back towards Rubha nan Leacan, the horizon was empty until the distant coast of Jura. 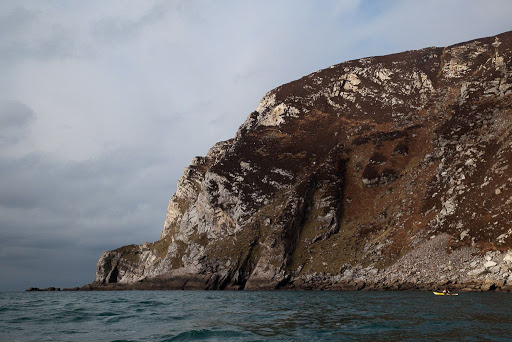 The scale of the place was awesome and we felt very small... 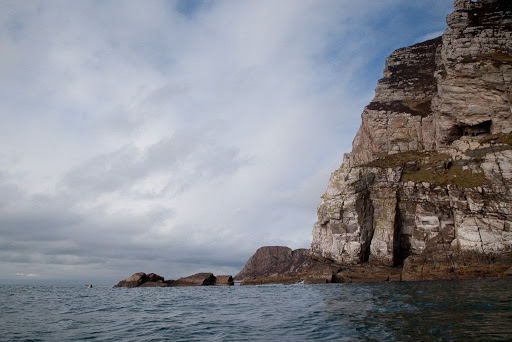 and very alone as we passed under Gob an Rubha Dhuibh. 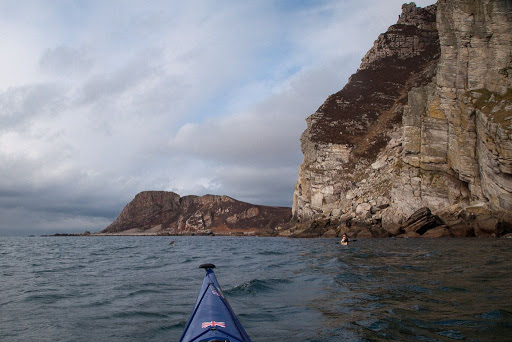 Then we realized, we were not quite alone...
Posted by Douglas Wilcox at 11:58 am