Going with the flow, round the Mull of Oa! 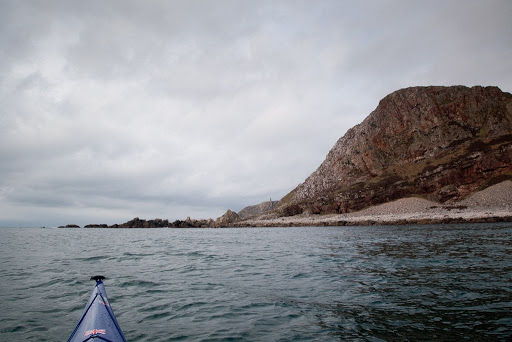 The dolphins eventually got bored with us and headed off to the main race, which was now a distance offshore. For the first time we saw the still distant Mull of Oa itself, capped by its prominent monument. 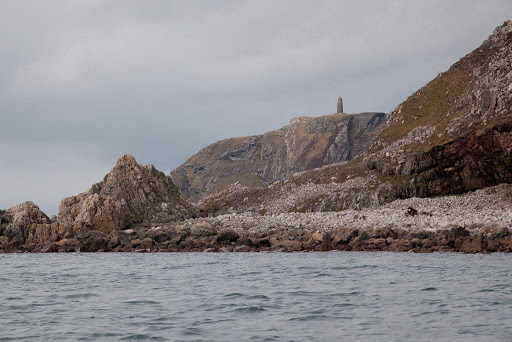 To the east of Sgeirean Buidhe there had been surprisingly little current but, as we approached the rocks at the foot of the point, our speed accelerated and we were blasted through a gap in the reef. Needless to say my camera was put away! The water was damming up on the east side and there was a distinct slope down to the west. By staying in close, we avoided the really confused part of the race that ran in a westerly direction from the point. We were here at 11:55, just 24 minutes after predicted slack water. I have no doubt that the flow inshore turns at least an hour before the main flow further offshore. If it was just a counter eddy, I would not have expected much movement so close to slack water. 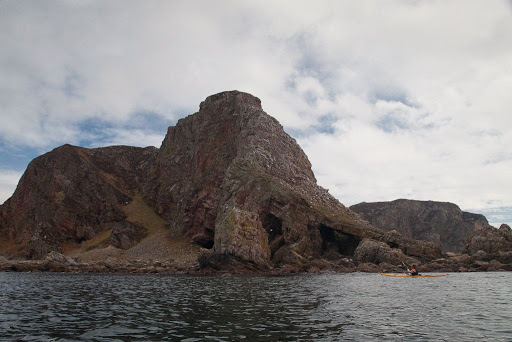 Once beyond Sgeirean Buidhe we were again out of the main race. 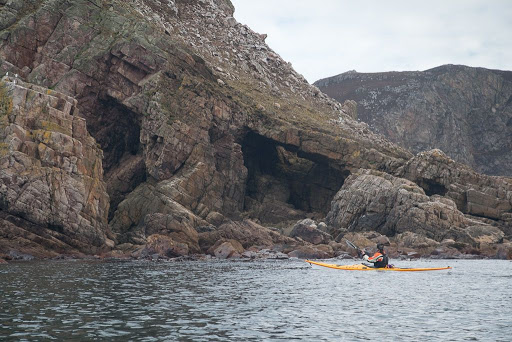 The foot of this great blade of rock is riddled with caves and rock arches. 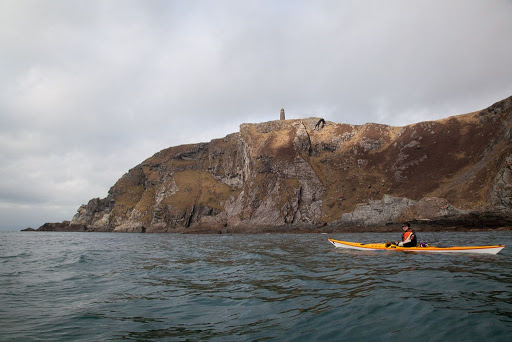 We were now approaching the Mull of Oa itself. Again, the current picked up on our approach. 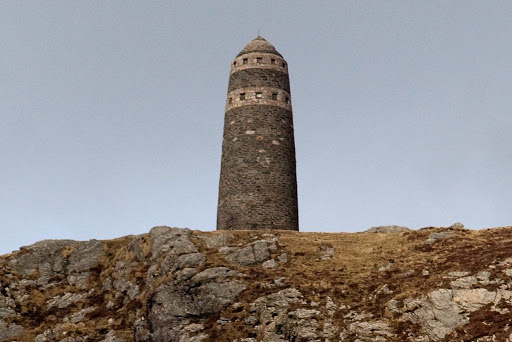 We whistled past the rocks below the American Monument. It was erected in 1920 to commemorate American service men who had lost their lives when two troop ships sank off the Oa in WW1.

The inscription on the monument reads: 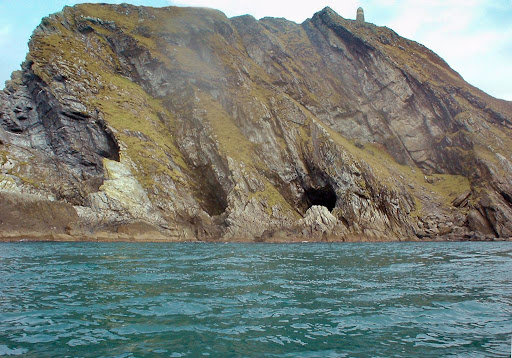 The race off the Mull of Oa was bouncy rather than confused and once through it, we entered a broad but smooth stream of water moving at 10km/hr towards the distant Rhinns of Islay race, on the other side of Loch Indaal. Our next task was to break out of this stream and start making our way up the incomparable west coast of the Oa peninsula.
Posted by Douglas Wilcox at 11:15 am