Relaxing, with the roaring of the Dogs in our ears. 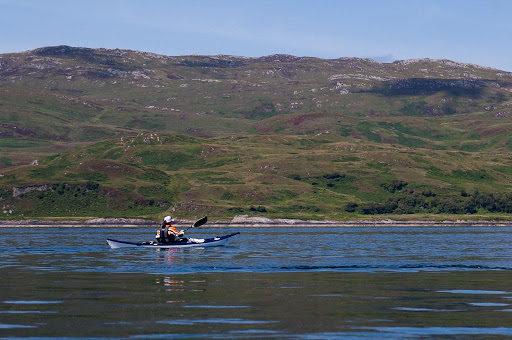 The tides carried us north at 8km/hr out of the Sound of Jura into the Sound of Luing, which separates Scarba on the west from Luing on the east. 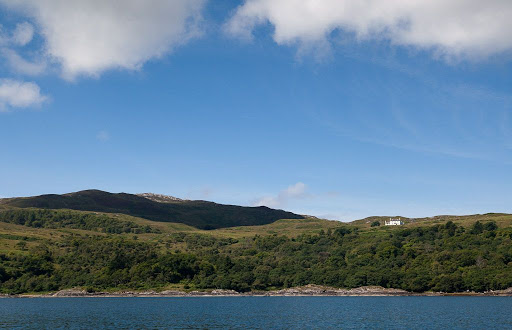 The east coast of Scarba is sheltered from the prevailing wind and has a thick growth of deciduous woodland. Both red and fallow deer can be seen here. Kilmory Lodge lies 88m above sea level while the summit of Cruach Scarba 449m towers high above. 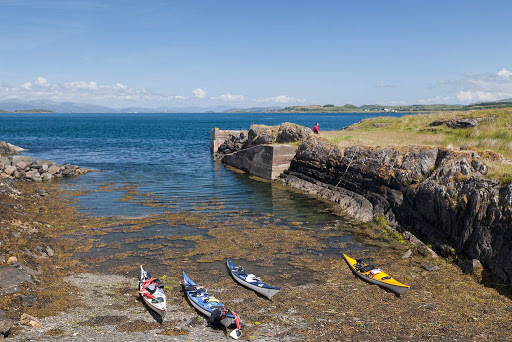 We had now been paddling for two hours and ten minutes. Even with tidal assistance, we were ready for lunch by the time we reached Poll na h'Ealaidh, Scarba's sole claim to anything resembling a harbour. The view to the north, through the Sound of Luing and across the Firth of Lorn ended in the distant mountains of Mull and Morvern. 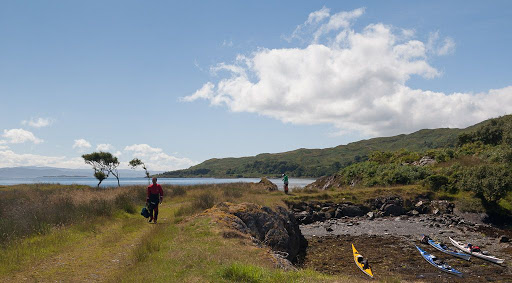 We walked out to the end of the pier, hardly able to believe that we had just paddled all the way from the distant hills of Knapdale behind us. 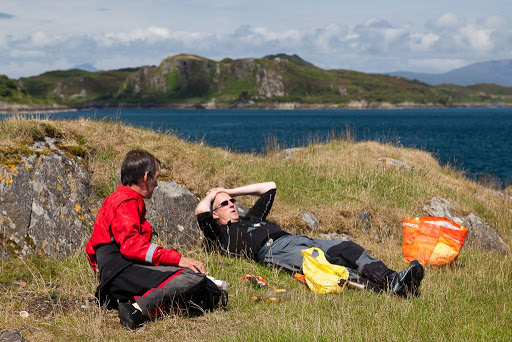 We had a leisurely lunch while the tide built up to full speed in the nearby Grey Dogs, which lie between Scarba and the steep rocky knolls of Lunga to the north. Relaxing afterwards, with the roaring of the Dogs in our ears, Tony helped put Phil at ease by telling him about the huge standing waves we would encounter in the races ahead. "You'll be fine Phil, it's easier when the waves are bigger than 8 feet, they're more spaced out!"
Posted by Douglas Wilcox at 1:53 pm