A hidden lagoon in the Sound of Jura. 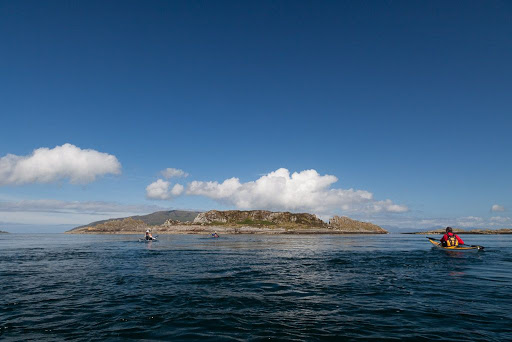 From the Dorus Mor we paddled towards Coiresa with some difficulty. 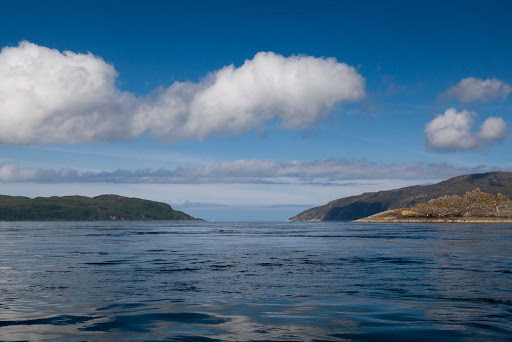 The current was carrying us inexorably straight towards the Corryvreckan.

Eventually we broke out of the flood and an eddy carried us up the SE of Coiresa towards Reisa Mhic Phaidean and into the lagoon between the two islands. 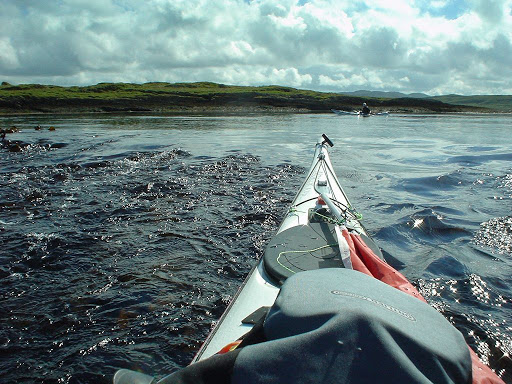 The lagoon was a magical place, its clear waters were full of little fish and its bottom was studded with starfish. The flood was pouring out its NW entrance. We dallied for some time, ferry gliding back and forwards, breaking in and out of eddies and enjoying the sensation of holding ground against moving water. 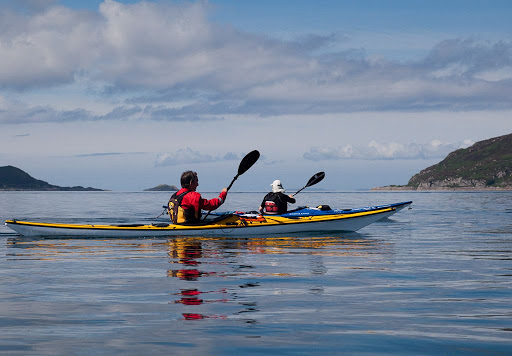 Once we had cleared the islands we found ourselves in another flood stream, which carried us NE up the Sound of Jura and away from the Corryvreckan.
Posted by Douglas Wilcox at 9:21 pm