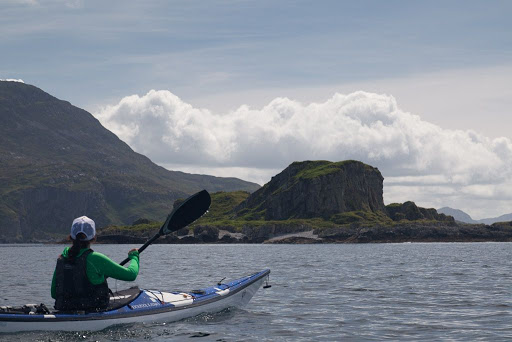 On leaving Lunga we approached the fair isle of Guirasdeal and Scarba beyond. It is like a miniature Scarba. One wonders what sort of cataclysmic geological events shaped this wonderful little isle. 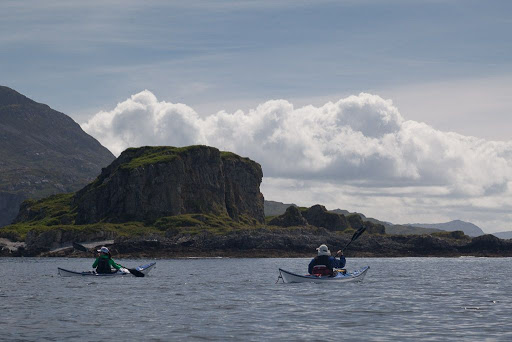 We often take a break on its steep cobble beach but I knew my knee could not stand a landing there. At this point we had to decide whether to return to the Sound of Jura via the Grey Dogs (over Jennifer's left shoulder) or to carry on further south west and go through the Corryvreckan. 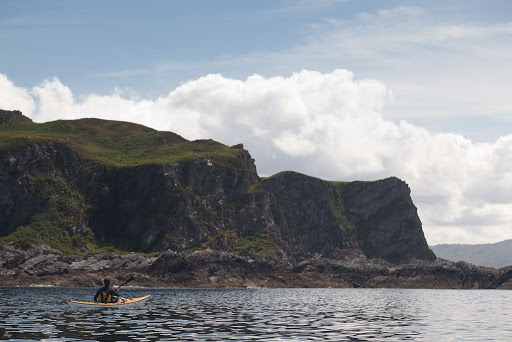 We decided to make for the Corryvreckan and crossed over to Scarba. There is another beach at the NW corner of Scarba but it is not suitable for dodgy knees either! 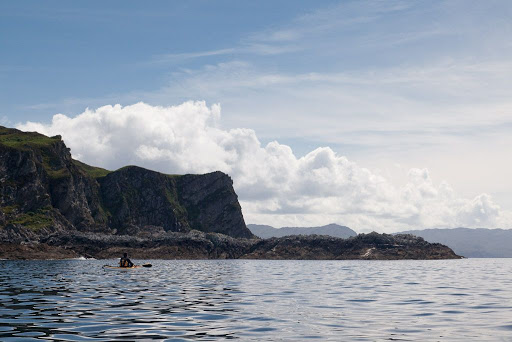 The cliffs, with their dry caves and raised beach, make Scarba's west coast a truly inhospitable place. This is the calmest we have ever seen it but there was nowhere to land, for anyone with the remotest sympathy for gel coat, so we kept paddling! 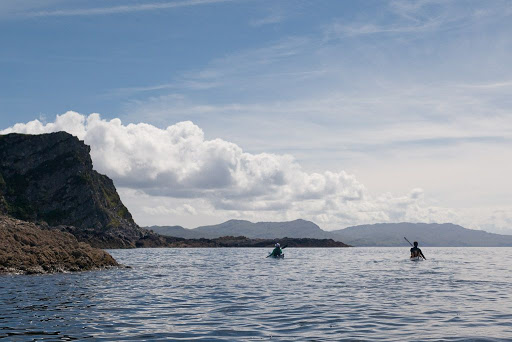 We came to the final headland before the Corryvreckan, what would it be like?
Posted by Douglas Wilcox at 8:00 am