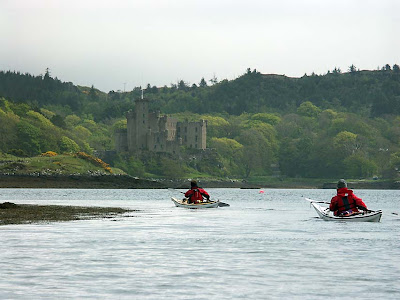 Dunvegan Castle is unique in Scotland in that it has been inhabited nearly continuously by the one family, the MacLeods, for over 850 years. It was abandoned for only 80 years after the potato famine in the mid 19th century. It is situated in a sheltered inlet in Loch Dunvegan, which is a deep sea loch on the otherwise exposed north west coast of the Isle of Skye. The rocky knoll upon which it is built was originally an island but now it is linked to the mainland.

During the famine, many Highland chiefs led the good life while evicting their tenants and giving them "free passage" to far off places places such as Nova Scotia. In the case of the MacLeods, the 25th Chief also had had to abandon the ancestral home and lands and took his family to London where he found work as a clerk. It was not until 1929 that his second son returned, as an old man, to Dunvegan.

The 29th Chief, John Macleod died a few days ago. During his life he was criticised for attempting to sell the magnificent Cuillin mountains for £10 million pounds in order to repair the crumbling castle. I thought this rather unfair as, during his stewardship of the Cuillin, mountaineers had enjoyed unrestricted access when many other owners of Scottish mountains had done their best to impede access.

He is succeeded by his son, Hugh Magnus, who is the 30th Chief and now guardian of the Castle and its ancient relic, the Fairy Flag. This is a silk banner of Middle Eastern origin which dates from about 500 AD. Legend has it that it may be waved 3 times to save the Clan in times of trouble. So far it has been waved twice. 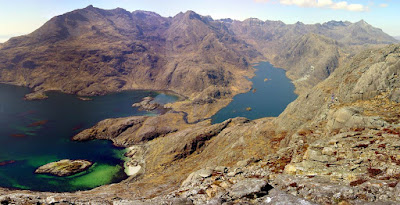