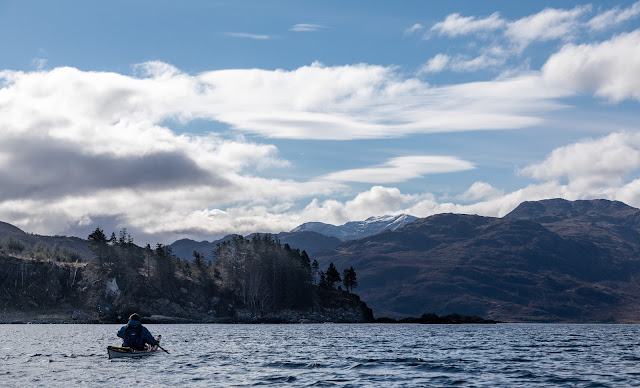 From Camusfearna we followed the pine covered rocky coast of the Glenelg peninsula south until we came to the entrance of Loch Hourn. 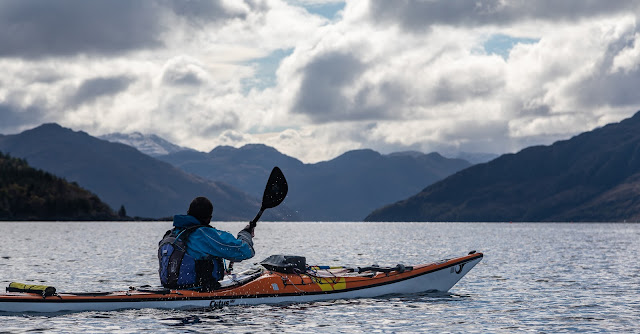 This sea loch stretches deep into the mountains for 22km from its mouth on the Sound of Sleat. 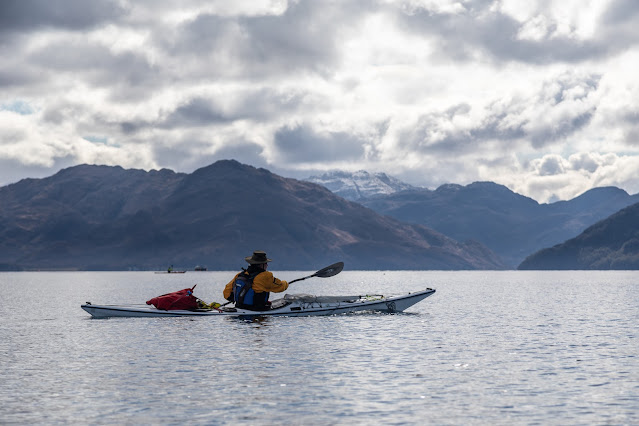 We set off across its entrance for the south shore while my brother in his little RIB "The Guppy" motored slowly up the north shore so as not to disturb us. 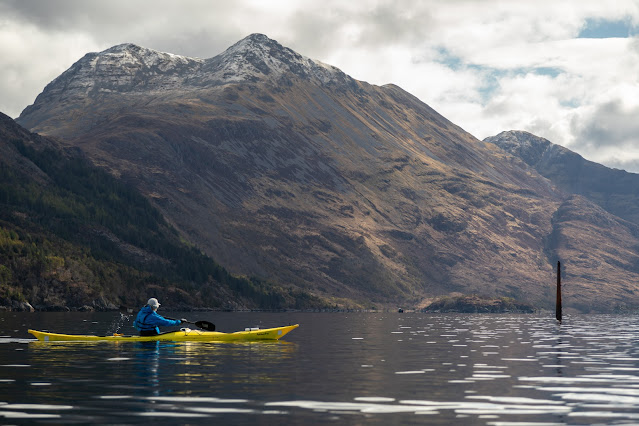 The NE wind dropped in the lee of Beinn Sgritheall, 974m, as we passed the halfway point at a shallow reef marked by a pole; Sgeir Ulibhe or Wolf Rock. Don't be fooled by the apparent shallow water, just to the south of the rock, the glacial trench that forms Loch Hourn is 189m deep. That is deeper than the Atlantic Ocean until about 100km west of the Outer Hebrides! 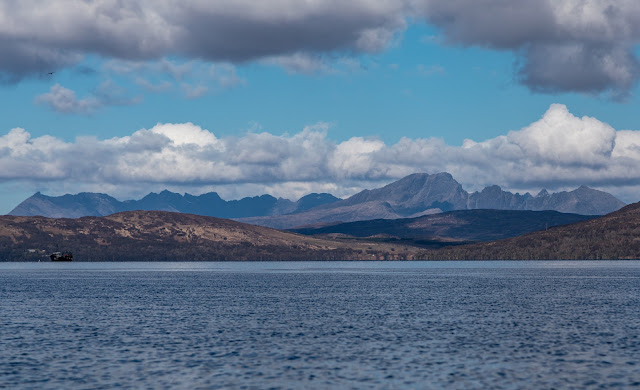 As we cleared the Glenelg peninsula, a magnificent view of the rocky Skye Cuillin ridge opened up to the WNW.

By the time we had crossed the mouth of Loch Hourn and... 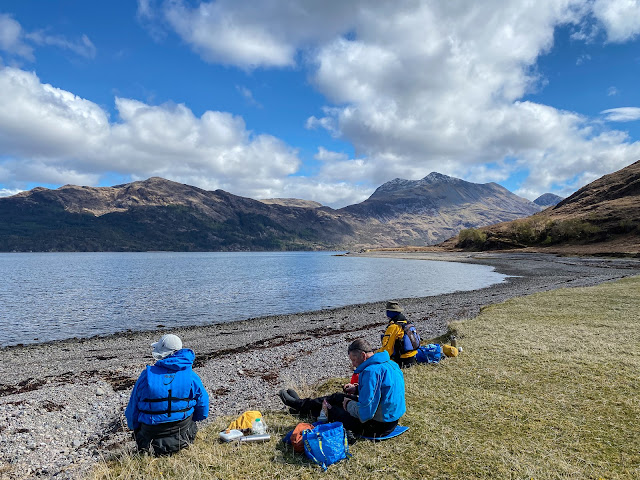 ...reached its Knoydart shore, it was well past time for second breakfast.

Posted by Douglas Wilcox at 9:13 pm