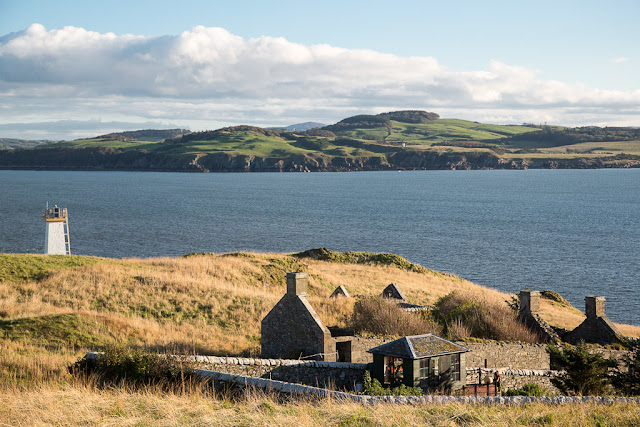 As we left Little Ross Island cottages and climbed towards the lighthouse we saw we were in line with the leading mark for vessels leaving Kirkcudbright Bay. Surprisingly this was not illuminated until 2005. The increasing number of scallop dredgers leaving Kirkcudbright at night was the reason. The white tower just visible on the mainland is a range control tower for the Dundrennan Firing Range. 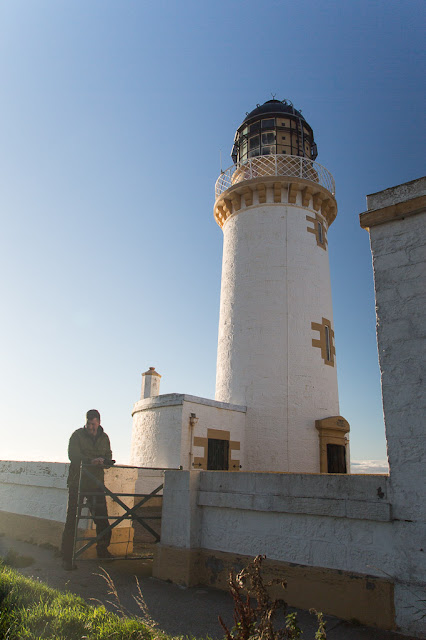 Little Ross lighthouse was first lit on 1/1/1843. The light flashes white every five seconds. It was the first lighthouse in the world to have a catadioptric design, which meant that the beam was focussed with both lenses and mirrors. At the time the famous physicist Lord Kelvin ranked it (along with the lighthouses at Rhinns of Islay and Buchan Ness) as one of the top three lighthouses in the World.

In 2004 the original lens was helicoptered to Kirkcudbright Museum but it was so heavy that it was only this year that it has been displayed properly. 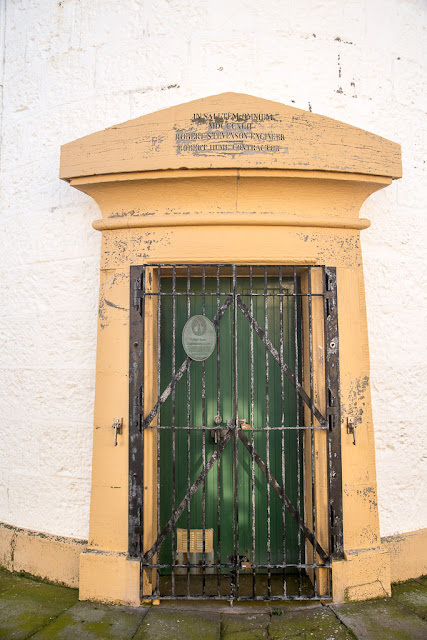 The arch over the doorway proclaims that Little Ross lighthouse was built... 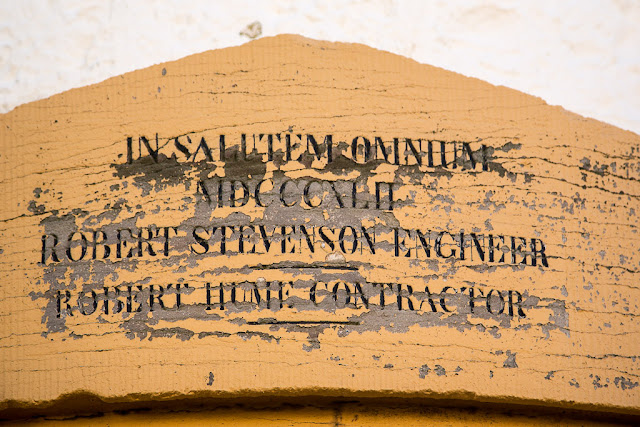 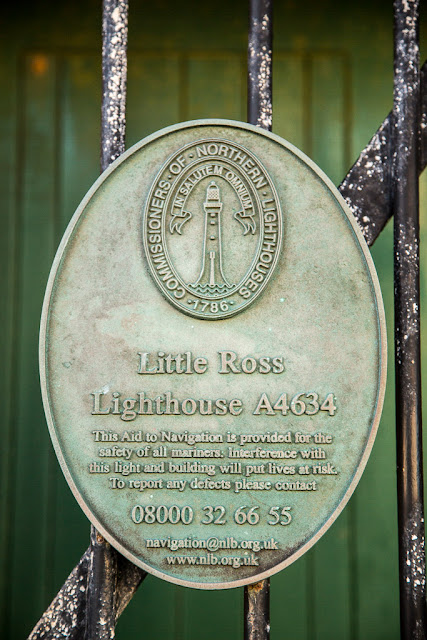 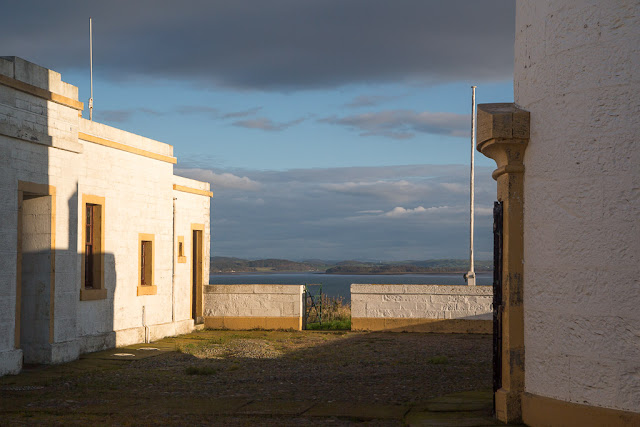 The lighthouse shares a courtyard with the keepers' cottages. There were normally three keepers but... 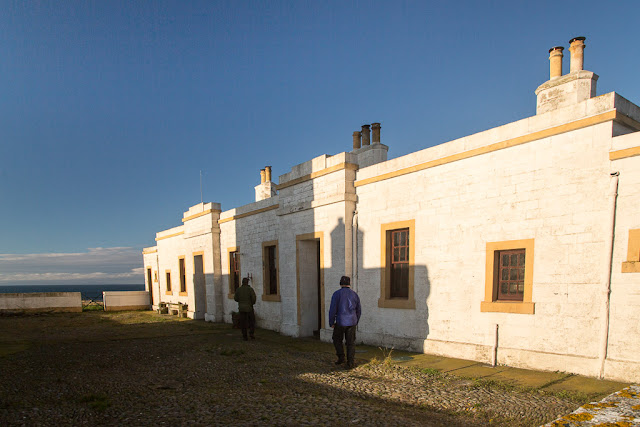 ...at the time of the murder in 1960 there were just two temporary keepers because the light was about to be automated. 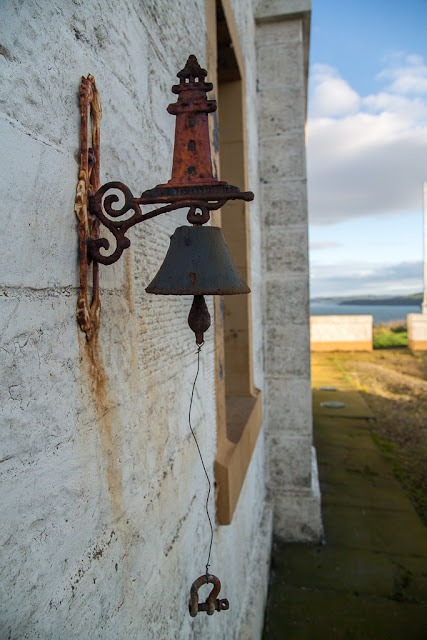 The present owners have fitted this door bell but no one was at home. 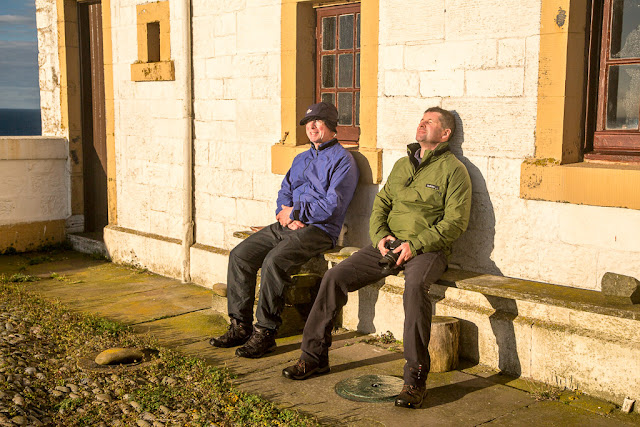 We rested for a short time in the lee of the buildings. The early morning sun was warm out of the chill wind. At our feet... 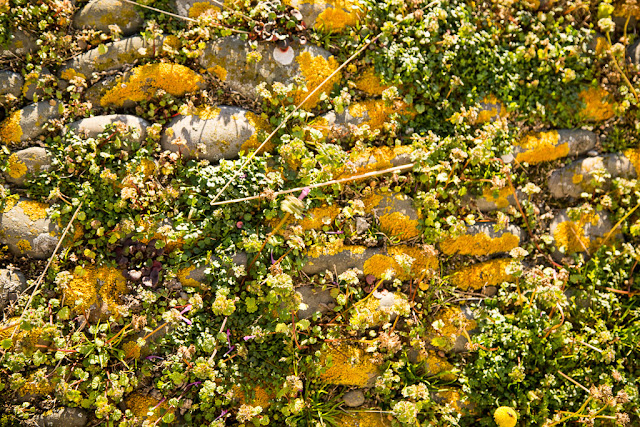 ...the cobbled courtyard was a veritable garden of miniature alpine plants and lichens. 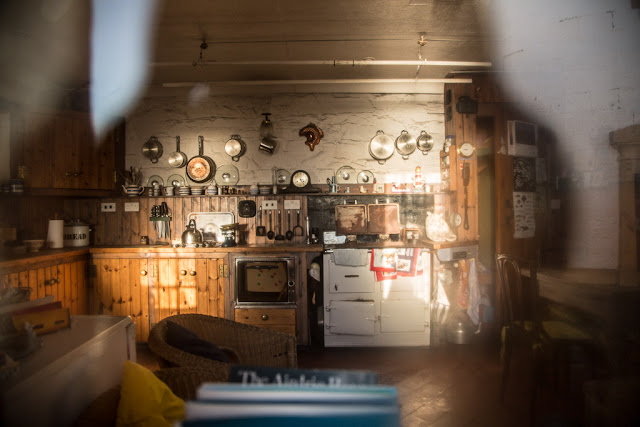 The owners of the cottages have a lovely kitchen. 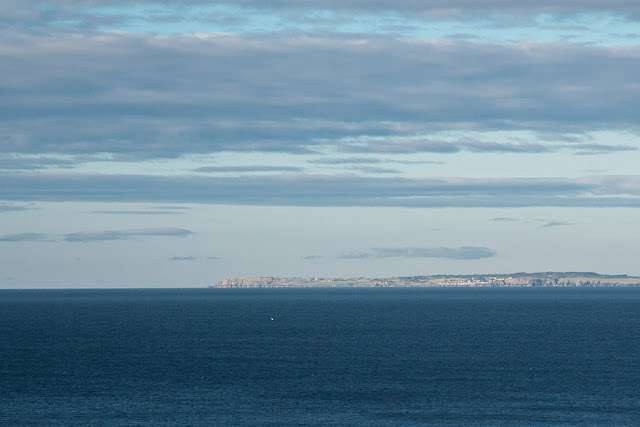 From the lighthouse we had a clear view SW across Wigtown Bay to Burrow Head some 22km away and the village of Isle of Whithorn to its right.

We were going north however and in The Sound we could already see the start of the flood tide. It was time to go...