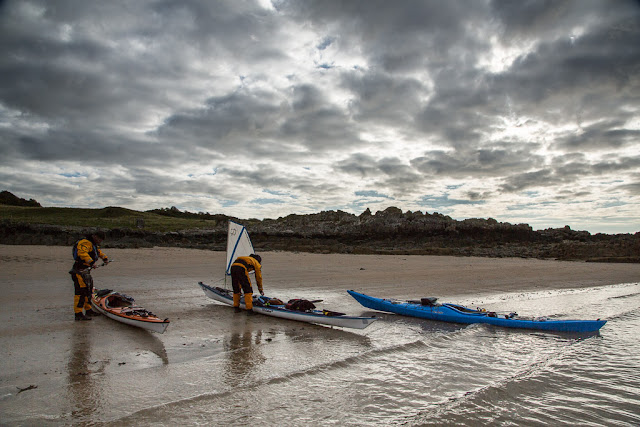 As we prepared to leave Barlocco beach the sky clouded over and there was a chill wind from the north. We decided to set off in our dry suits. 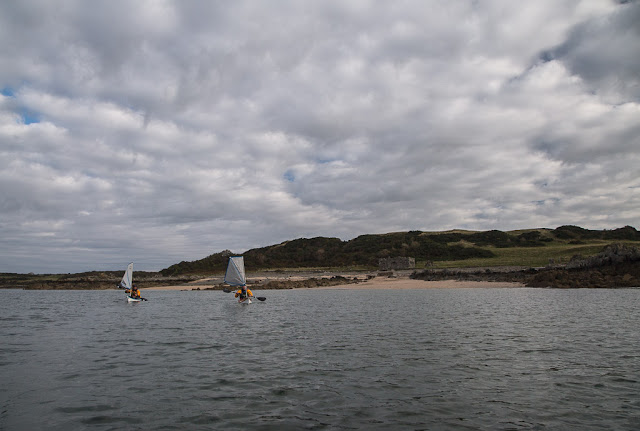 Having failed to circumnavigate Barlocco Isle the previous evening we set off to do so now. We literally floated over the route of our tough portage! 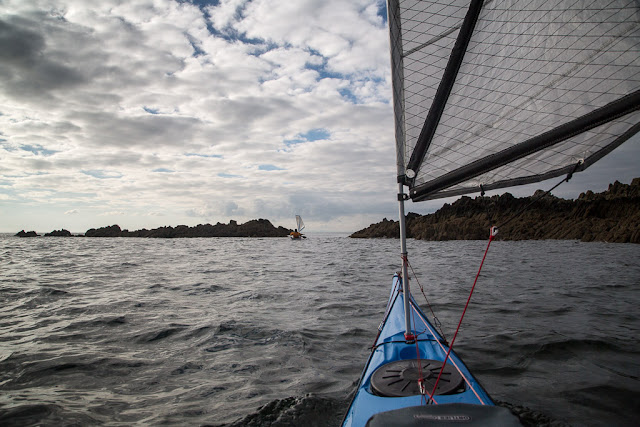 The reefs of Barlocco Isle are a great place to explore as long as there is no swell. 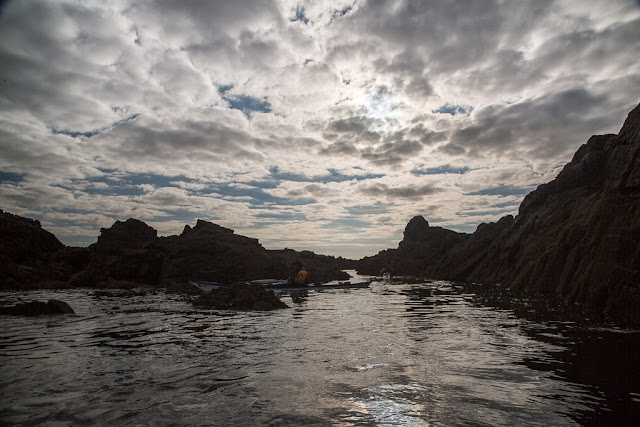 The sharp fangs of rock could easily puncture a kayak. From the channels of Barlocco we set off for... 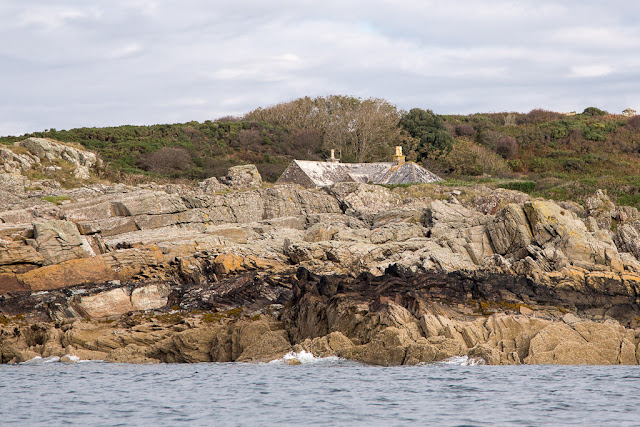 ...wooded Ardwall Isle with its former farm house hiding on the seaward side. The isle was once home to a well known smuggling family. 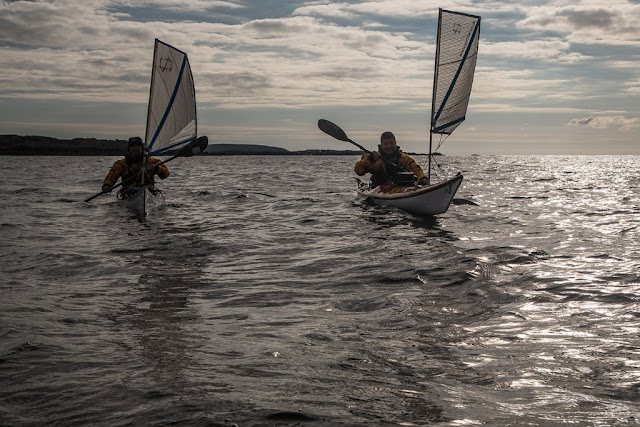 From Ardwall Isle we set off across the channel to the Murray's Isles. 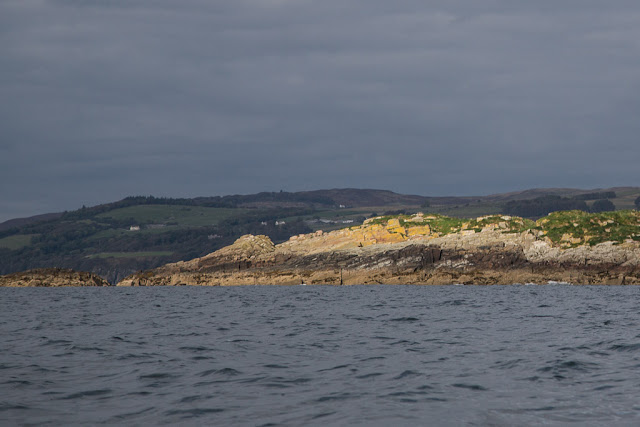 The flood spring tide was running and we had to set a surprisingly high ferry angle to maintain the transit of the white farm house above the gap in the reef. 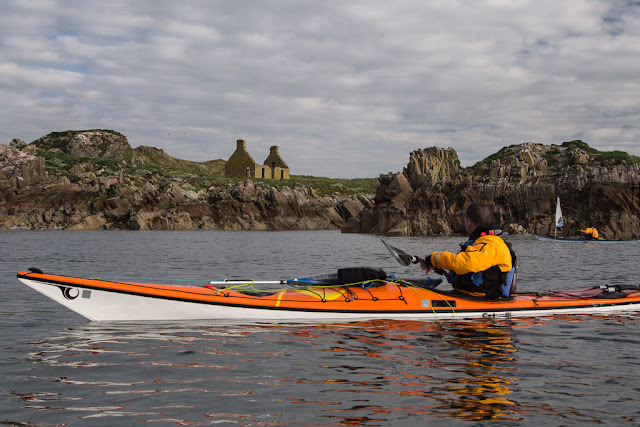 The Murrays Isles are named after Mr James Murray of Cally. He was one of the drivers of the development of Gatehouse of Fleet in the 18th century. A descendant of his, Mrs Elizabeth Murray Usher bequeathed the isles to the National Trust of Scotland following her death in 1990. Mrs Murray Usher was the main landowner in the area and she had rather fixed ideas of how Gatehouse of Fleet should look. In the mid 20th century there were two petrol stations in Gatehouse, one at either end of the town. The Esso station with its red and white livery was the first. To get planning permission from Mrs Murray Usher for the second, Shell petrol station, it also had to paint its pumps red and white as well so that it did not clash. It was the only Shell petrol station in Britain that did not have yellow and white pumps! 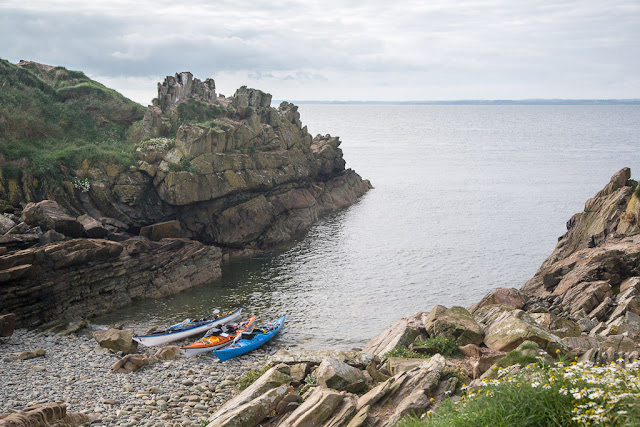 We landed in a little cove on the SW side of the larger island and made our way up over very tussocky ground to the... 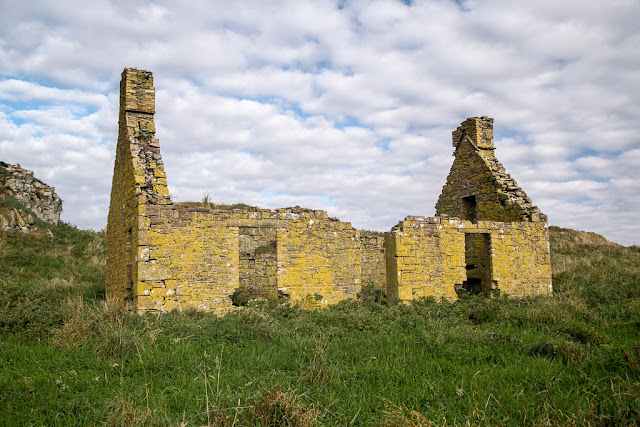 ...lichen covered ruins of a cottage. The house has an interesting history. It was built at the same time that the canal was cut from the head of the Fleet estuary to the town of Gatehouse and Port Macadam was built.  The house was for the pilot who escorted ships up the Fleet. 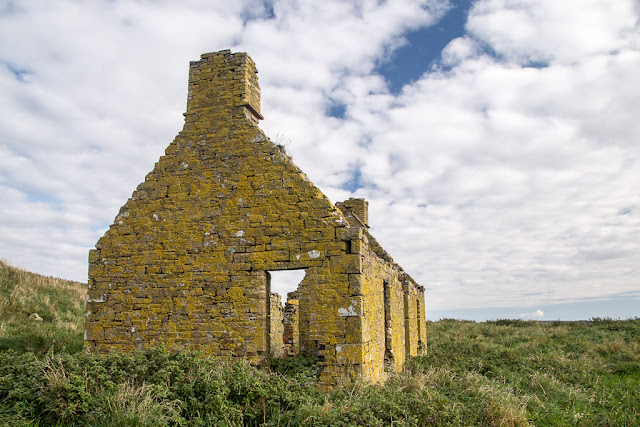 It was customary in exposed locations, it was built with its gable facing the prevailing wind and the open sea. Unusually it had a window in the gable so that the pilot could keep a lookout for ships. The house was also used as an inn for sailors from ships waiting for the tide. The pilot was also the guardian of the Fleet Bay oyster beds. He also had a part time job as customs officer as smuggling was rife on this coast. 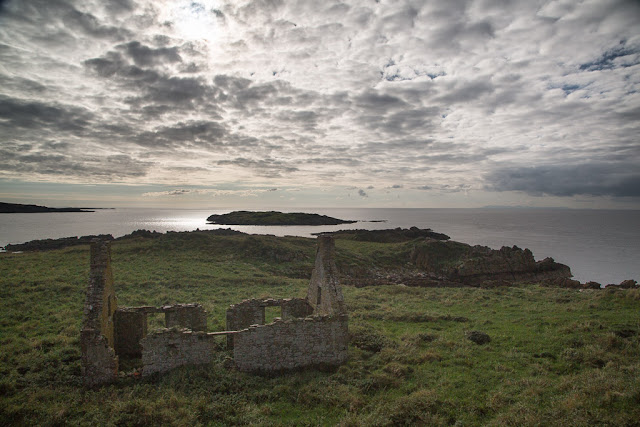 I do not normally land here in spring and early summer as the island is a breeding site used by herring gulls, lesser black backed gulls and cormorants. 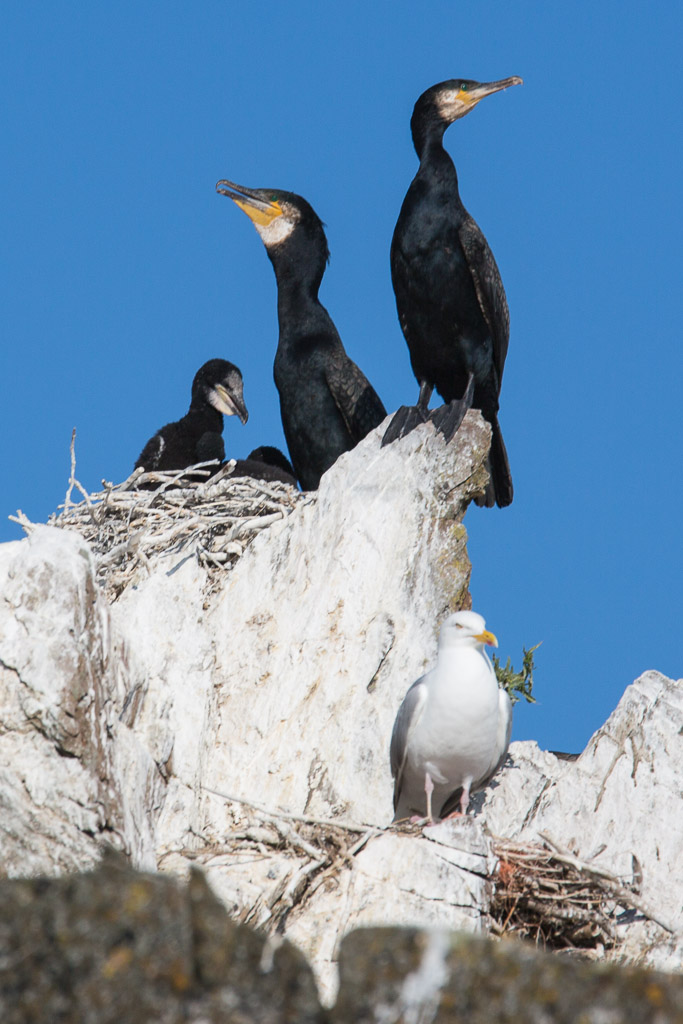 It is the biggest cormorant colony in the Solway Firth. Once the birds have gone the... 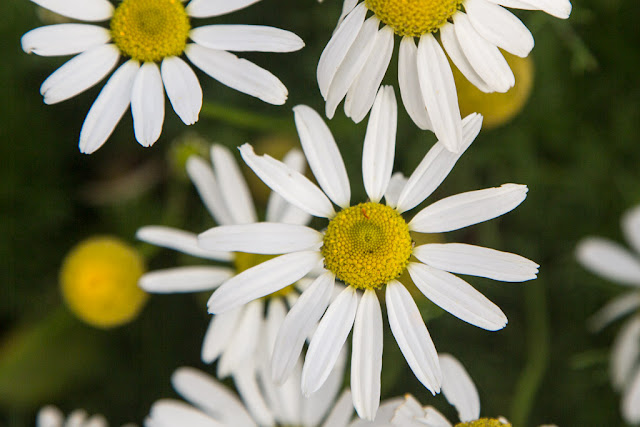 ...grasses and flowers grow profusely being well fertilised by the bird's guano. 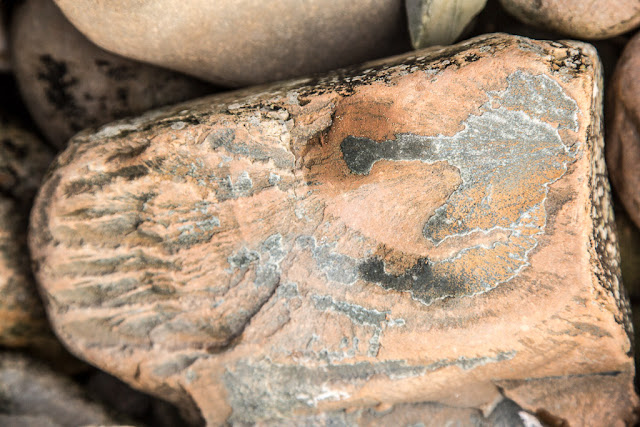 We made our way back to the beach where we discovered a split piece of Silurian sandstone that appeared to have a fossil in it. 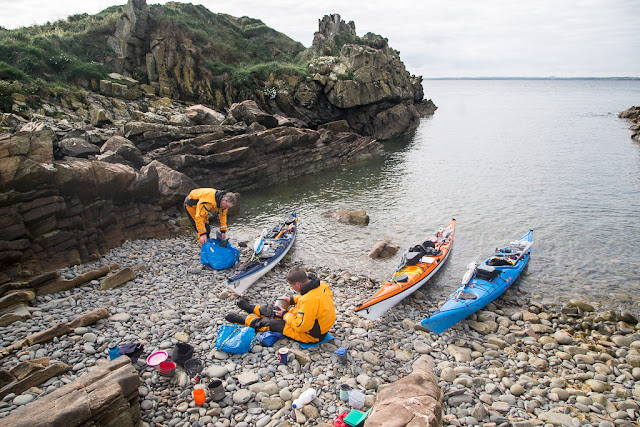 The little cove was sheltered from the wind so we settled down to a well deserved second breakfast.
Posted by Douglas Wilcox at 6:25 am