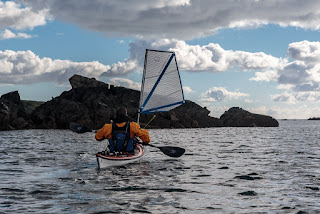 We left Castle Haven with a fair wind, a... 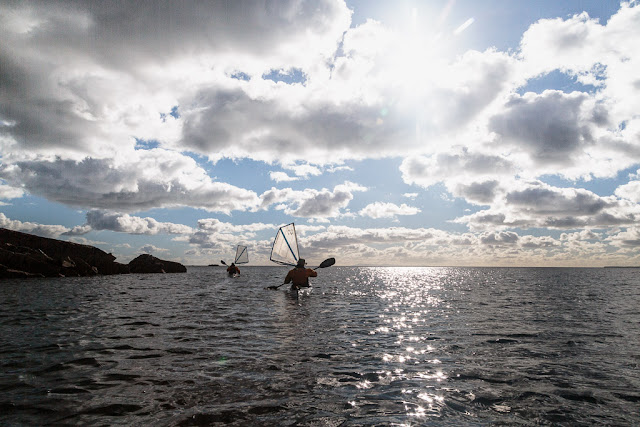 ...following tide and the sun sparkling on the shimmering Solway sea. 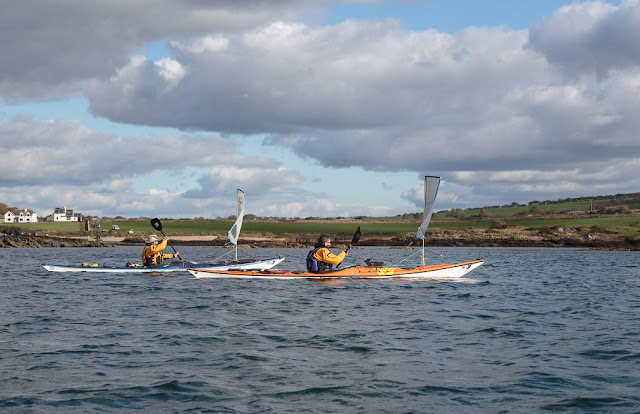 Passing Kirkandrews we saw the trailers and launch site of the two Campbeltown fishing boats we had seen earlier. 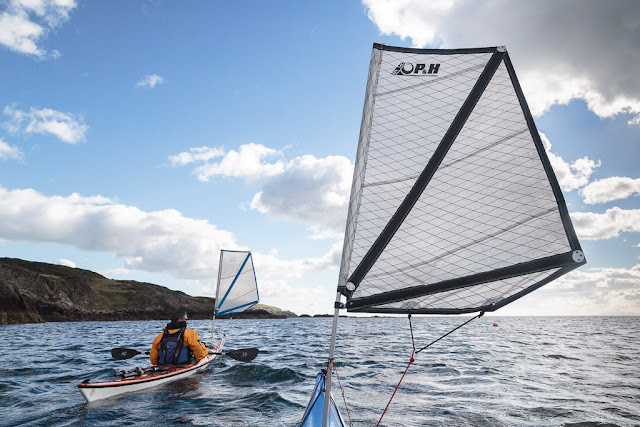 We had left the granite rock of the Galloway hills far behind and were now paddling past layers of Silurian sandstone which had originally been formed at the bottom of the Lapetus Ocean when Scotland was situated near the equator. 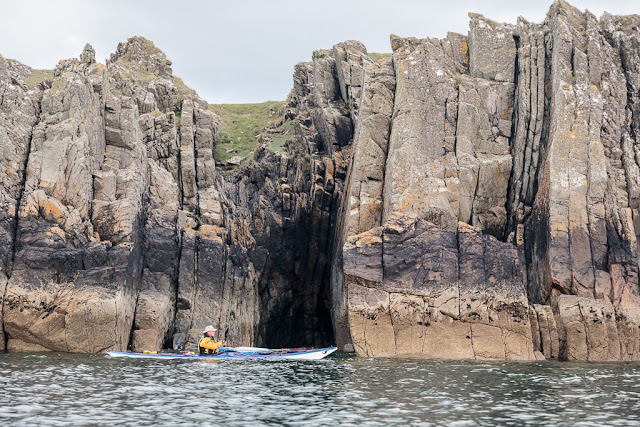 As England collided with Scotland the horizontal layers on the ocean floor were folded up and many became vertical such as here at Rumblekirn. A Rumblekirn is a cave with a blowhole at its back. 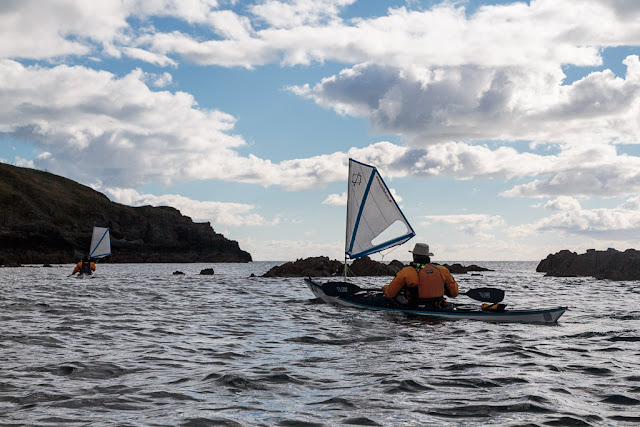 Below half tide this coast is a maze of reefs with sharp fangs of rock formed by the vertical strata ready to rip the bottom out of any boat. The steamship Ormsa stranded near hear in 1907 but the coast is literally littered with the wrecks of wooden 19th century smacks, sloops and schooners. 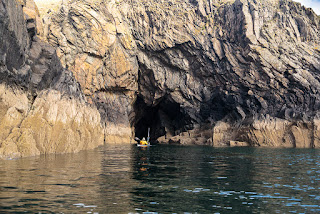 Above half tide you can paddle into Duncan's Cave and behind the nearby Little Pinnacle but we had to settle with a... 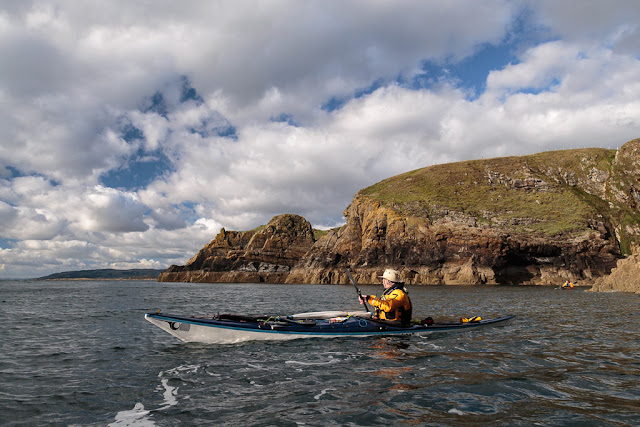 ...view from further out. 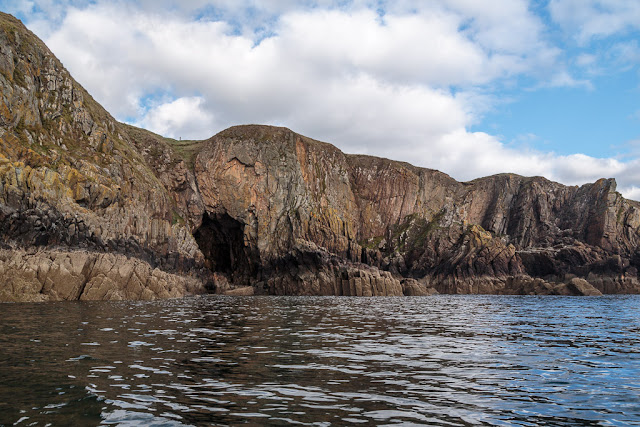 Dove Cave can be entered only at high tide and these cliffs are indeed home to rock doves. There are also a pair of peregrine falcons here though we did not see them (We would see another peregrine further round the coast). 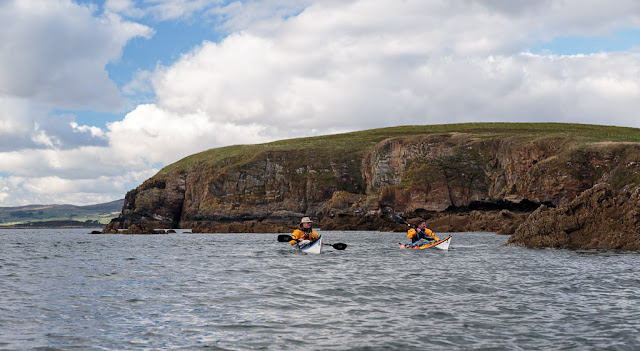 Once we rounded Borness Point we left the Isles of Fleet behind and ahead we could see... 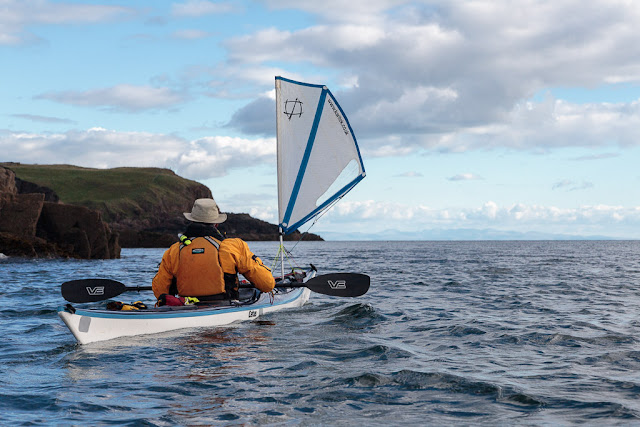 ...the coast of Cumbria in England which was 40 kilometers distant with the hills of the Lake District rising behind. 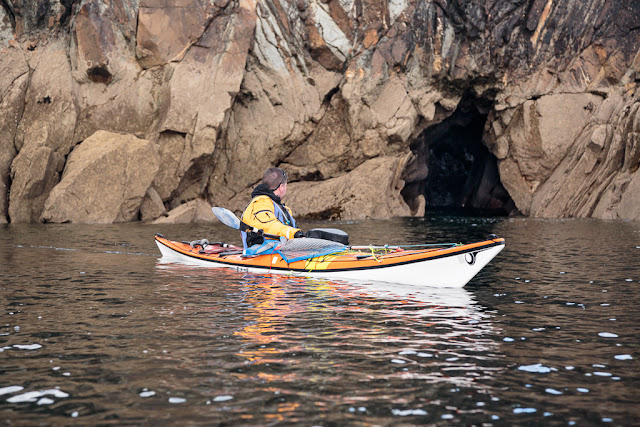 We came to a second Rumblekirn and could see through the blowhole at its back. 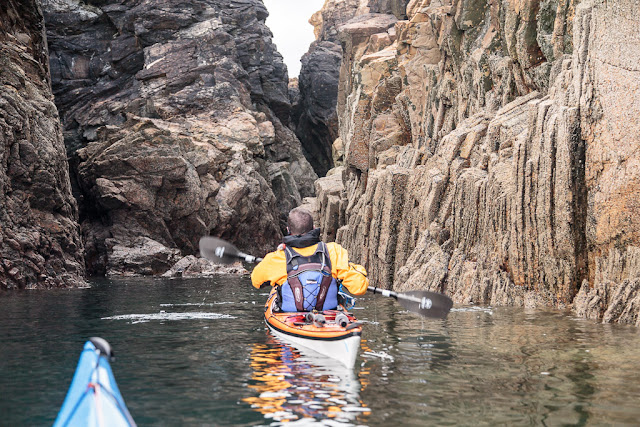 We paddled into a deep geo behind Rumblekirn and could see where the blow hole exited but could not approach due to the low tide.

The walls of of the geo were impressively vertical as they soared upwards towards the sky. Who would have thought that there had been so much friction between Scotland and England?