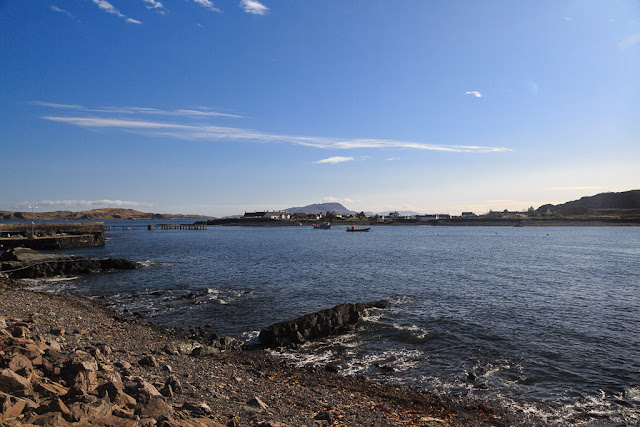 Mike and I  found ourselves with a spare evening in the Oban area, I was due to meet Tony the next day for a trip over to Jura. So we went to Ellenabeich on Seil and set off to arrive at a great wee camp site before sunset. 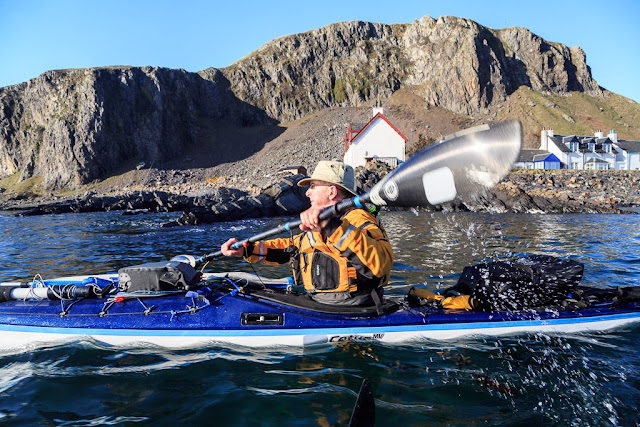 All was quiet when we set off from the harbour which is sheltered by Easdale island. 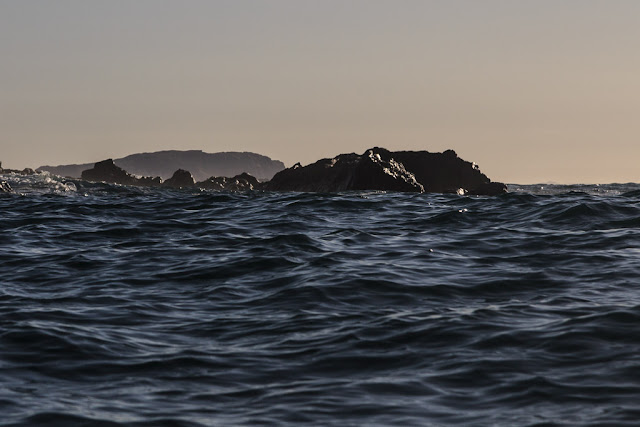 The calm did not last long. As we went round the outside of Easdale harbour it was three hours after slack water. We had some fun as the full force of a spring ebb was running against the wind and swell. There are no photos on the next short leg as my attention was taken by the sea conditions. As I headed for our intended landing spot the skerries were a mass of breaking water. I could sense Mike hanging back as I went into a dog leg between two skerries. I shouted it would be calm inside... 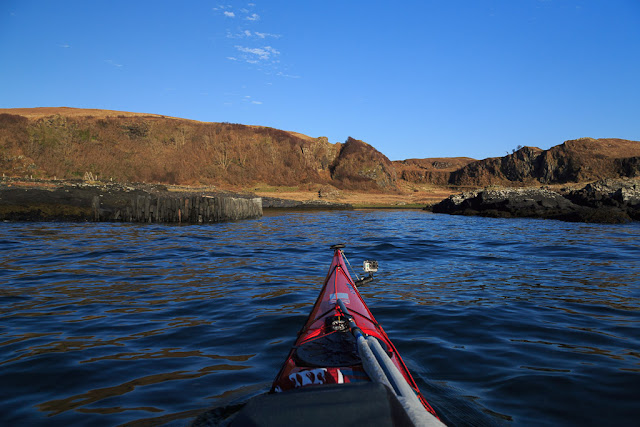 ...and so it proved to be. We slid into an almost mirror calm harbour of a former slate quarry. 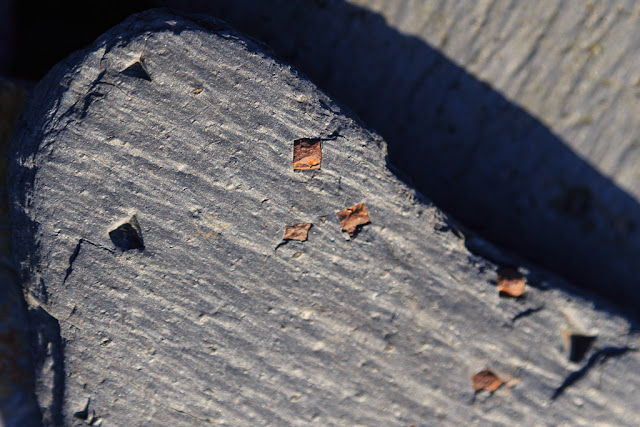 You can see why these are called The Slate Islands. We landed on a slate beach. The crystals are iron pyrites or fool's gold. When you break a slate open they are bright gold but soon turn to rust. 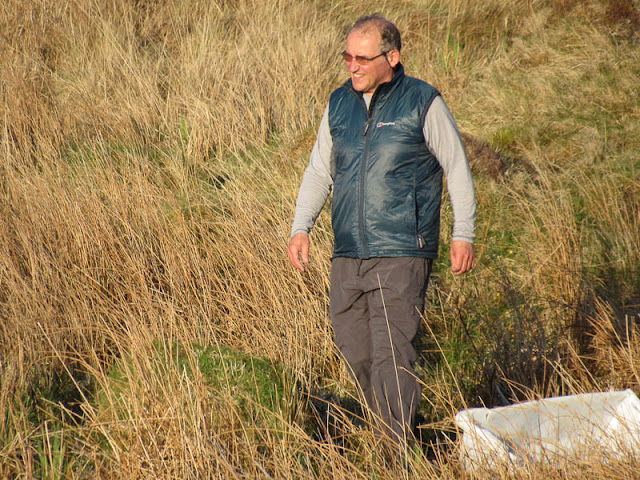 As soon as I got my tent up and got changed, I went off looking for something... 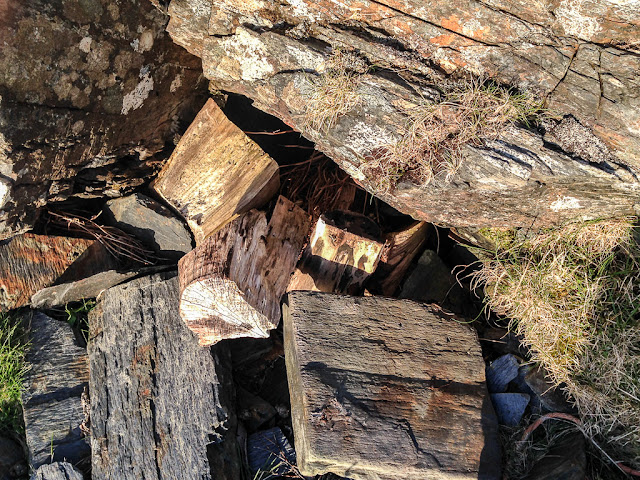 ...and I found it! In October 2004, when I last camped here, I hid a stash of logs I had bought in a garage in a little cave. Nearly eleven years later they were well seasoned and bone dry! We would have a fire later! 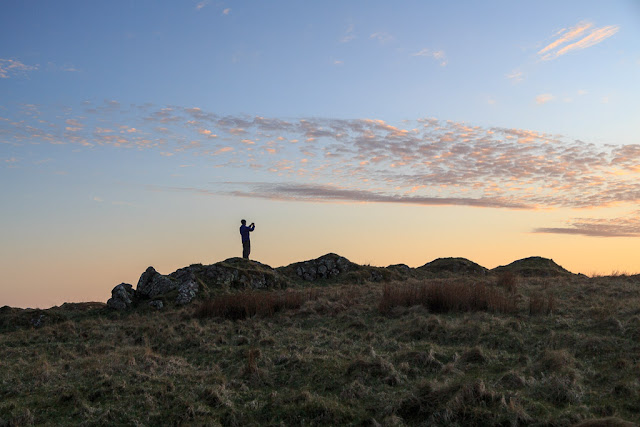 We now only had seconds to go before the sunset. Mike was able to run up the hill and catch it but I was a bit slower as my knees were a bit sore after the long drive and the rushing about.

Although I very nearly missed the sunset I was pretty pleased to just catch the sun as it slipped behind Mull.

From the ridge above our camp we had a great view of the Garvellachs and Mull .

We could just make out Colonsay on the horizon to the left of the Garvellachs.

The coast of Luing stretched away past Fladda lighthouse, Scarba and Jura to Islay some 50km away. The inlet to the left is the Cuan Sound and the tide rored through it all night! 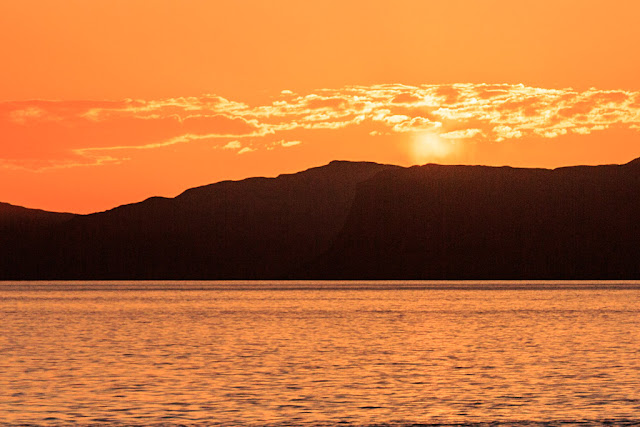 We stayed on the ridge as the sky above Mull turned to gold. 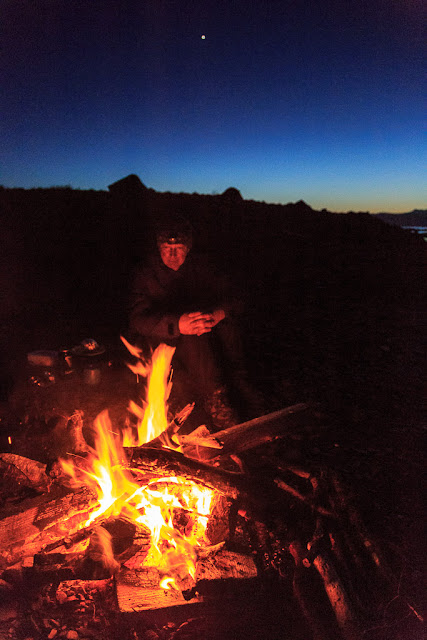 As night fell we got the fire going and baked potatoes in the embers of my rediscovered logs as Venus shone brightly in the cold sky above. 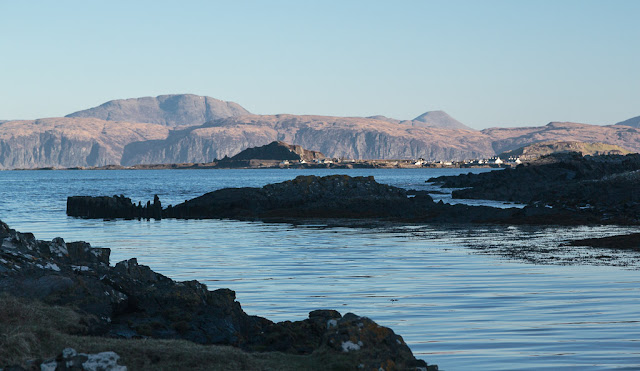 The following morning dawned clear and bright, the tide was ebbing fast. As the old slate harbour empties completely, we wasted no time and were... 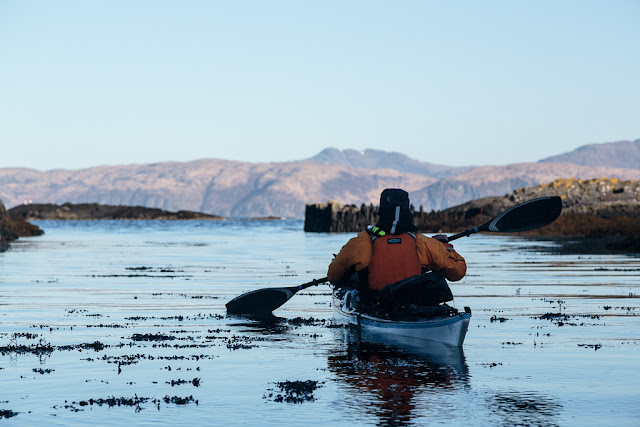 ...short return to Ellenabeich. Mike and I both agreed that though this may well hold the record as the shortest ever sea kayak camping trip, it had also been one of the best!
Posted by Douglas Wilcox at 11:06 pm