Not rated for continuous use on Little Cumbrae. 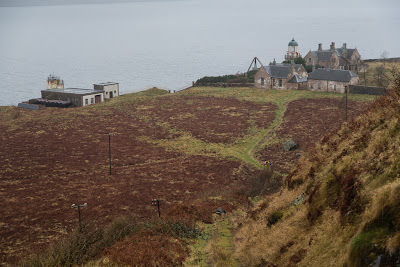 We descended towards the second and new Little Cumbrae Lighthouses.

The new one is solar powered and the arrays were well sited as the... 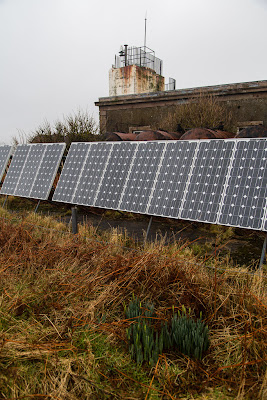 ...daffodils at its base were further on than any we had seen elsewhere. 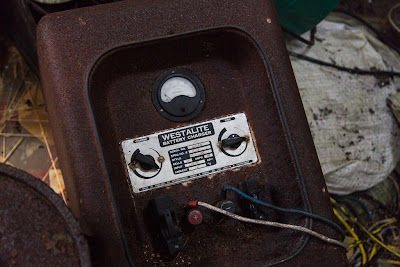 The new lighthouse is built on to the end of the generator room which had banks of batteries and battery chargers but was dominated by... 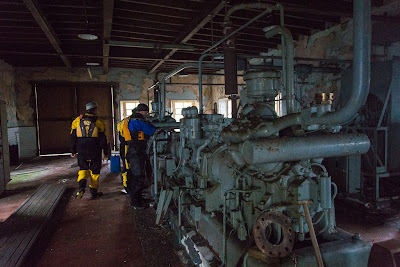 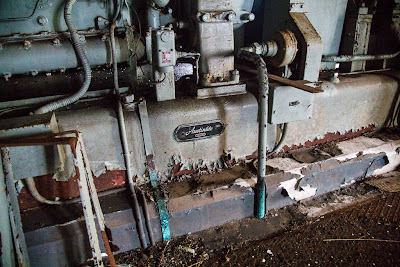 They were Austinlite Dormans, manufactured in 1957. They were powered by 6 cylinder turbo diesels and each generated 30KVA at 1,000 RPM. They were rated for continuous use. You can get some idea of the racket each made at the end of the video clip on this page. They would have supplied electricity to both the lighthouse and the keepers' cottages. I am not sure if one was a redundant emergency unit or if both were run together. 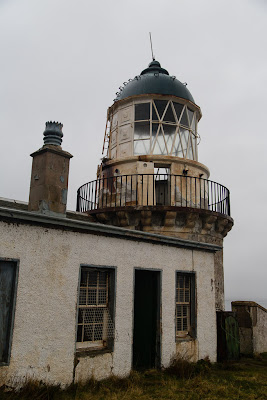 As on many previous occasions, we walked round to the second lighthouse. 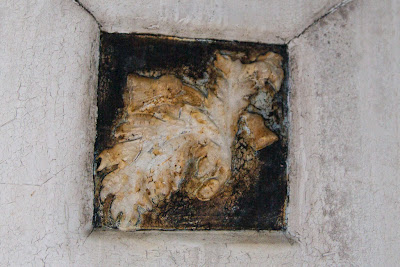 High up in the light room, I found some more iron relief mouldings. I think this might be part of the coat of arms of Glasgowl as it appears to be a bird and a bell emerging from the branch of a tree. 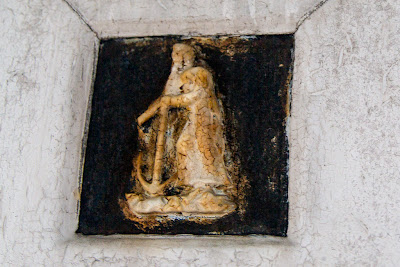 This one shows a woman leaning on an anchor. 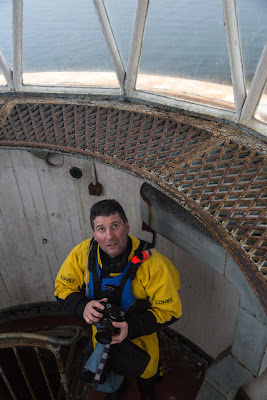 We were amazed by the workmanship in this structure which dated from 1793. 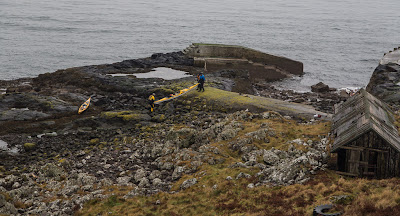 The tide had gone well out leaving our kayaks high and dry among the rocky remains of the storm damaged slipway. 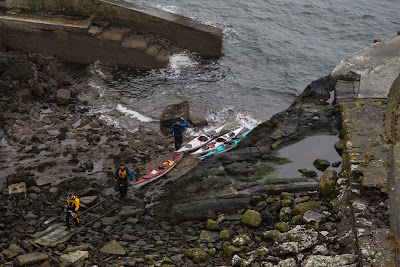 My knees did not like the decent of the stone steps and the others finished moving the kayaks by the time... 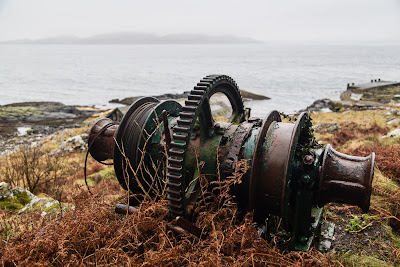 ..I made it down to the magnificent old capstan... 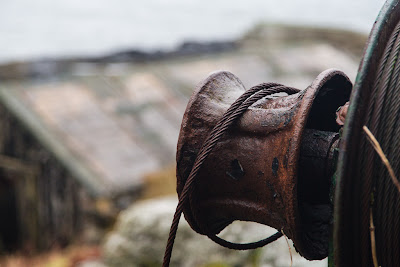 ...pull truck loads of supplies up the old railway from the harbour to the base of the cliffs. Amazingly, despite its age and lack of maintenance, it still looked in working order, unlike my knees, which are not rated for continuous use.
Posted by Douglas Wilcox at 4:50 pm