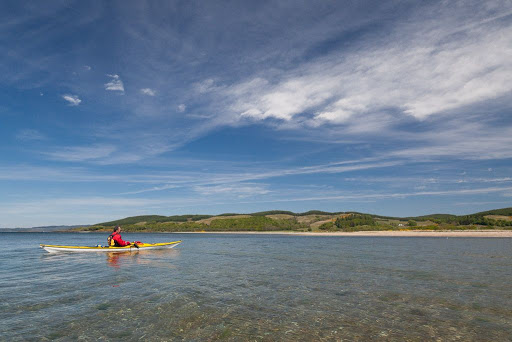 Many people think that there are no sandy beaches in Loch Fyne. They are wrong, you just can't see them from the roads! Twelve kilometers after leaving Portavadie, we came to the beautiful, broad sweep of Kilfinan Bay. 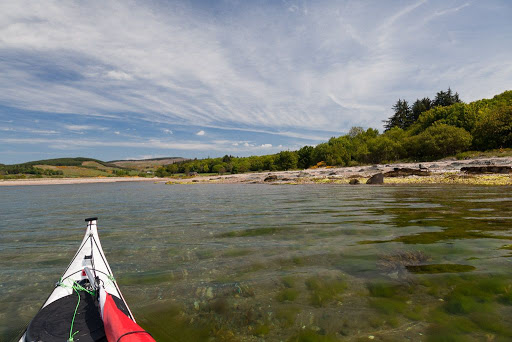 The Kilfinnan Burn empties into the bay and as it was near high water, we decided... 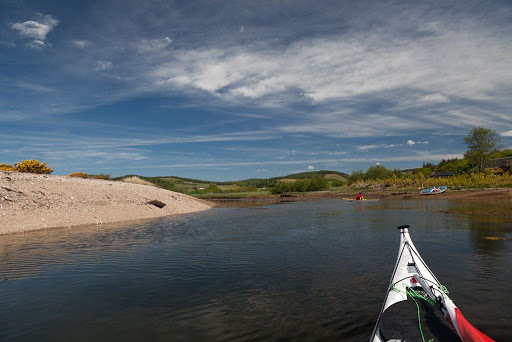 ...to nip upstream where the burn meandered through the sand dune system that backs the bay. 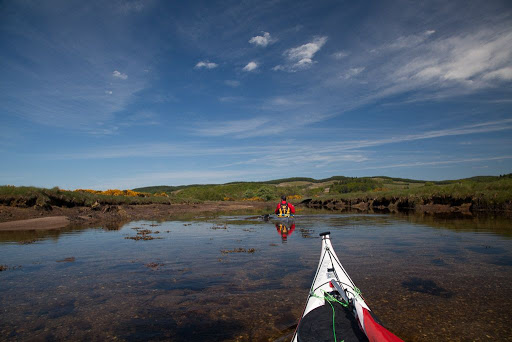 Eventually we could go no further as the water became too shallow. 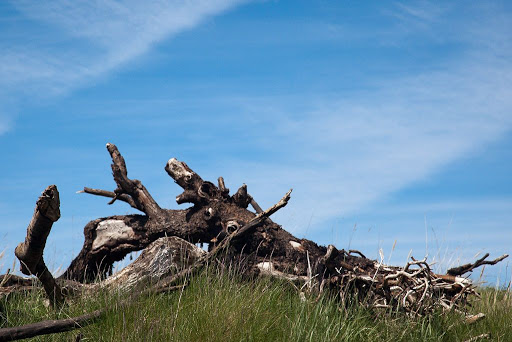 High on the banks above us, uprooted trees told of days when the burn could be somewhat higher! 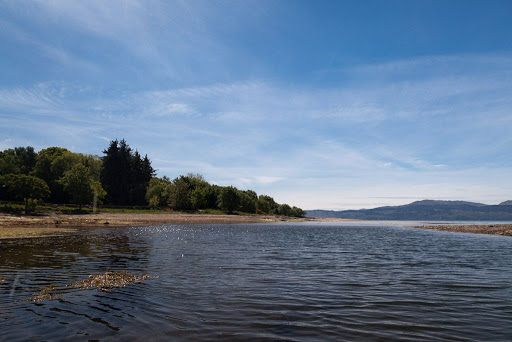 We now drifted slowly back out to sea... 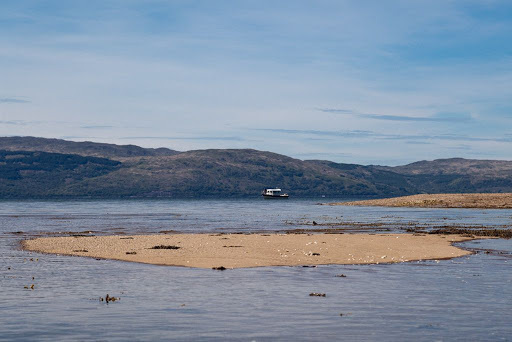 ... just as the spring tide covered the last of the extensive sandbars at the river mouth.
Posted by Douglas Wilcox at 7:00 am