A glimpse of distant white shell sand promised a break. 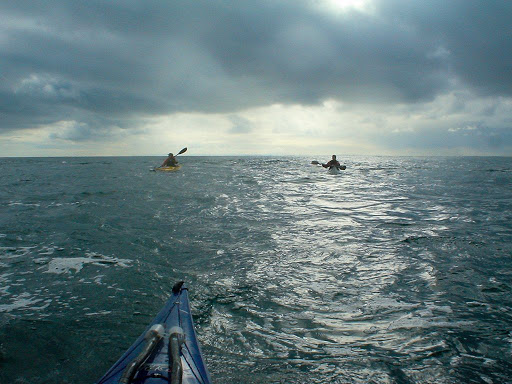 Below the Mull of Oa the tide carried us at 11km/hr. It was pleasant not to be paddling but we needed to break out north along the west side of the Mull of Oa. 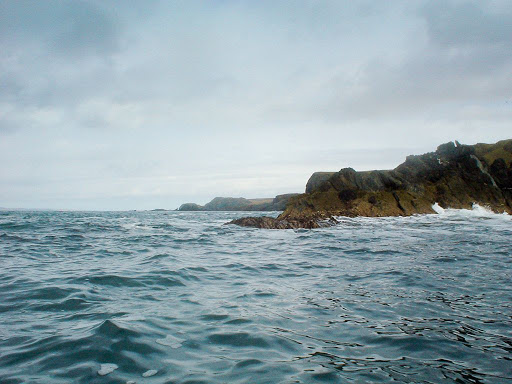 This was harder than it appeared as a significant eddy was running south down the west side against where we wanted to go. Where the two currents met, there were considerable overfalls but 2 or three minutes of stiff paddling (PLF) saw us through and on our way north. Our speed over the ground had dropped to 2km/hr so the adverse current north of the point was probably about 7km/hr. For the next 3.5 km we were to face an adverse current of about 3km/hr though it was significantly more off the headlands. 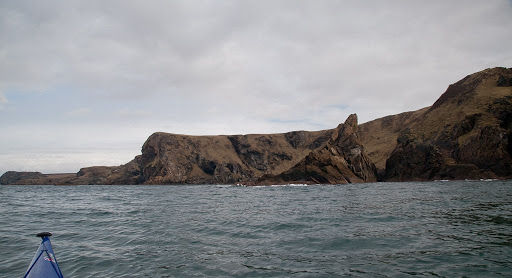 The dramatic pointed stack at the end of Rubha Leac nan Laogh is in the foreground with the bold headland of Rubha Leacan Banaig at the far side of the curving bay. 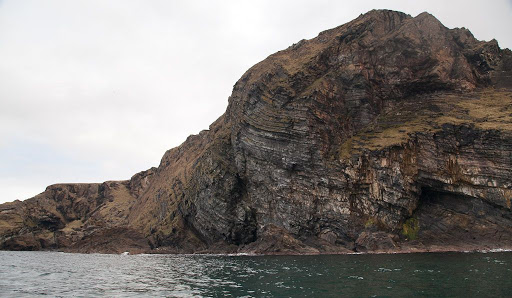 At Rubha Leacan Banaig the sedimentary nature of the rocks of the Mull of Oa can be clearly seen. These are of the Appin group of Dalriadan rocks. 260 million years ago Islay was part of a desert, which became flooded by a shallow tropical sea. These layers were then laid down in the sea bed and are formed of sediment washed into the sea in rivers from surrounding land. 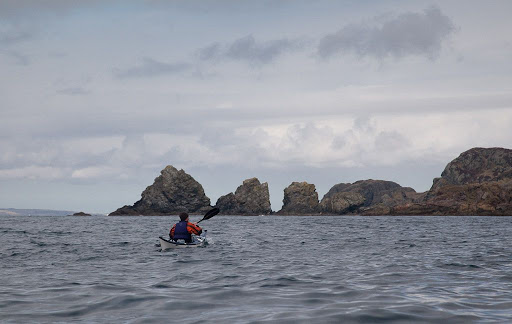 The west side of the Oa is littered with a series of large and small sea stacks. The larger ones are big enough to be islands. 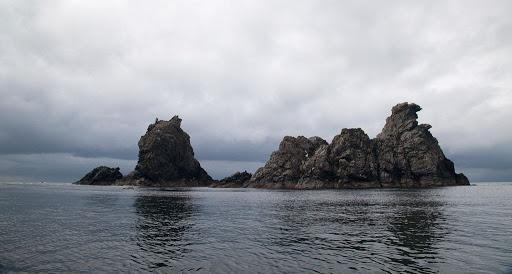 Those sea kayakers who like to circumnavigate Islay as quickly as possible, miss this out by taking the direct route to the Rhinns across the mouth of Loch Indaal. They really should make a point of returning as this is one of the finest pieces of coast I have seen on Scotland's west coast and Hebrides. 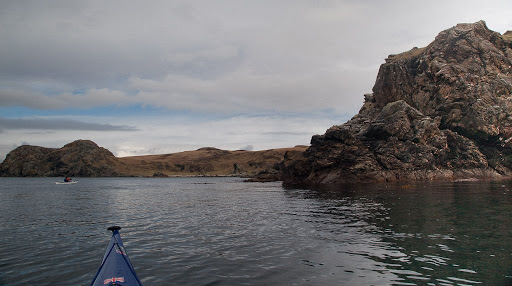 By now we had been paddling for 3 hours and 22 minutes without a stop.

We entered a bay sheltered by offshore stacks.

The line of cliffs to our right came to a temporary end being replaced by grassy slopes and a glimpse of distant white shell sand promised a break.
Posted by Douglas Wilcox at 3:31 pm