Embers of a Kerrera day 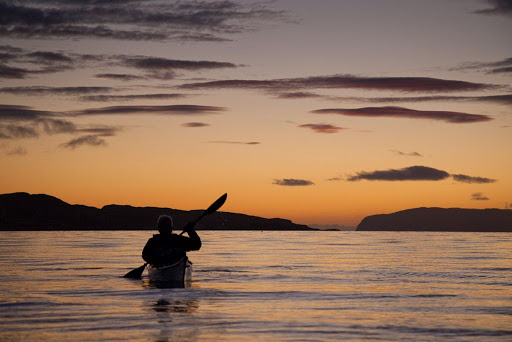 Long after the sun went down, we could still see the open Atlantic horizon between Kerrera and the steep cliffs of Mull. 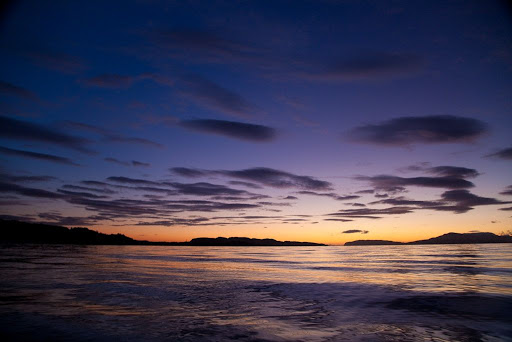 After a while the gold in the sky turned to red and in the distance... 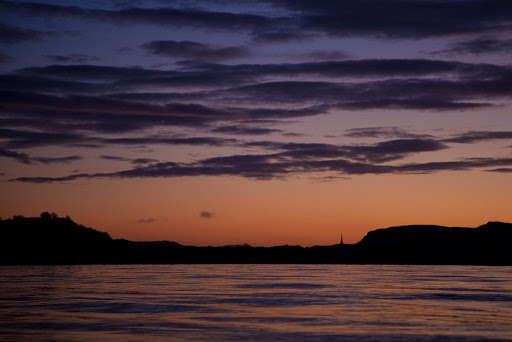 ...the monument to David Hutcheson stood out on the Kerrera skyline. In 1835 he was one of the founders of the Burns shipping company, which ran the first steamers up the west coast of Scotland. His brother in law, David MacBrayne continued to develop the routes and the company grew into Caledonian MacBrayne runs most of the the ferries on the Scottish west coast. 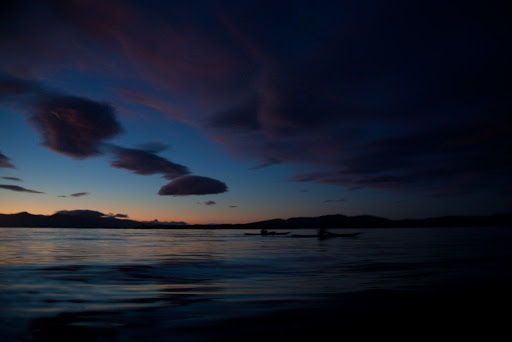 We were enjoying the night so much that we continued on past the car into the gathering darkness to the north east. 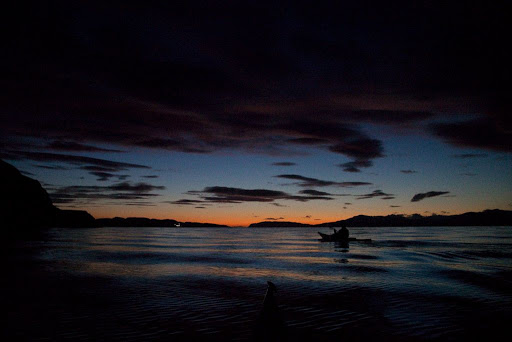 Eventually, as the final embers of the day were dying, we retraced our wakes back to Gallanach. Ahead we could see the lights of the CalMac ferry from Mull slipping into Oban harbour before us.
Posted by Douglas Wilcox at 6:00 am