A chill wind on the Clyde 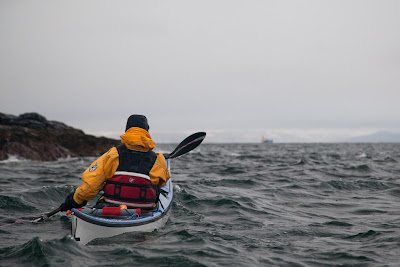 WE had decided to paddle anticlockwise round the Cumbraes to take advantage of the ebb tide and NNW wind which would help our progress down the west coast of both islands. In the distance we could see a tanker waiting at the south end of the Clyde channel to pick up a pilot from the Clyde pilot boat the MV Mount Stewart. 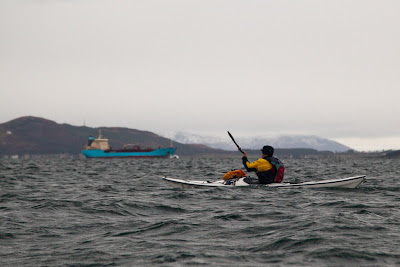 Rounding Skate Point at the NW end of Great Cumbrae, it was a relief to get the wind behind us. 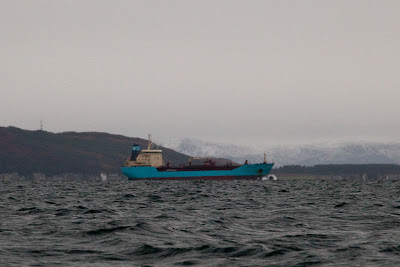 With Bute and Arran in the background, the tanker proved to be the Nuuk Maersk, a small product tanker of 144m x23m and 16,600DWT. She was built in 2007. She was en route to the the oil storage facility at Finnart some 46km further up the Clyde estuary on the banks of the fjord like Loch Long. 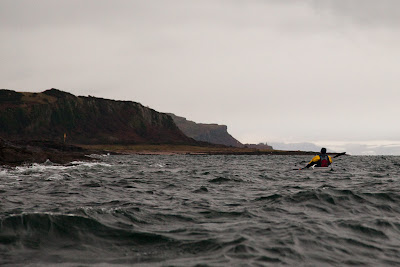 The west coasts of Great and Little Cumbrae stretched away to Holy Island and Arran in the distance. There are a series of raised beaches and the distant Little Cumbrae lighthouse is built on one of them. 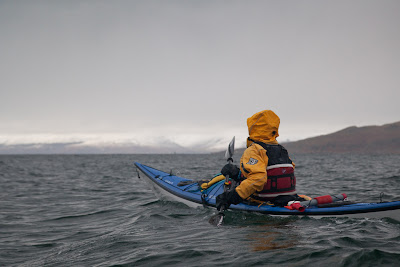 Even with the wind behind us, there was considerable windchill and we used hoods as well as thermal hats and pogies for our hands. We began to wonder what had happened to the forecast sunshine and light winds.
Posted by Douglas Wilcox at 9:37 am