To Oronsay in the sunset.

It was hard to leave, but we now turned our backs to Islay... 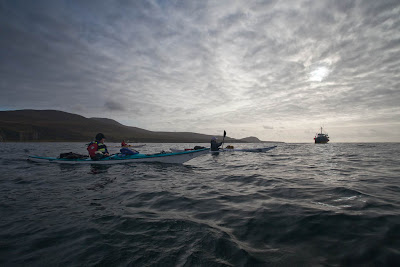 ...and set off to distant Oronsay, which lay to the north west. Fishing boat CN7 was lifting her pots. We had seen her earlier in Port Askaig harbour. 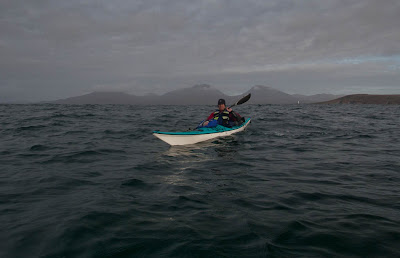 We were soon leaving Ruvall lighthouse and the distant Paps of Jura far behind. 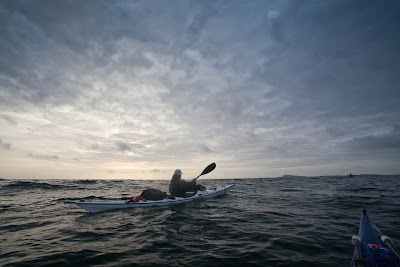 We felt very small out on the open Atlantic as the darkness slowly gathered round us. To our port side, there was no landfall until distant Newfoundland. It was humbling to think that our ancestors had been making this crossing for over 7,000 years! Very slowly the hills and dunes of Oronsay and Colonsay began to take shape. 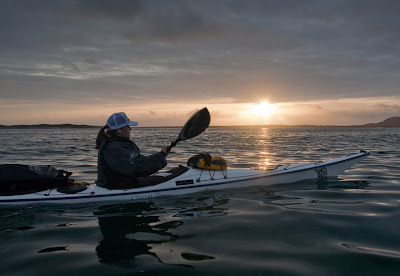 The sun was setting as we made our final approach to Oronsay. We slipped into a little bay, which seemed to be entirely composed of pink periwinkle shells. It was dark by the time we unloaded the boats and we put the tents up with the aid of head torches. The tussocky dunes were full of humps and it was nearly impossible to find a flat spot. Poor David had a very disturbed sleep as he was struggling with a hump all night.
Posted by Douglas Wilcox at 10:40 am